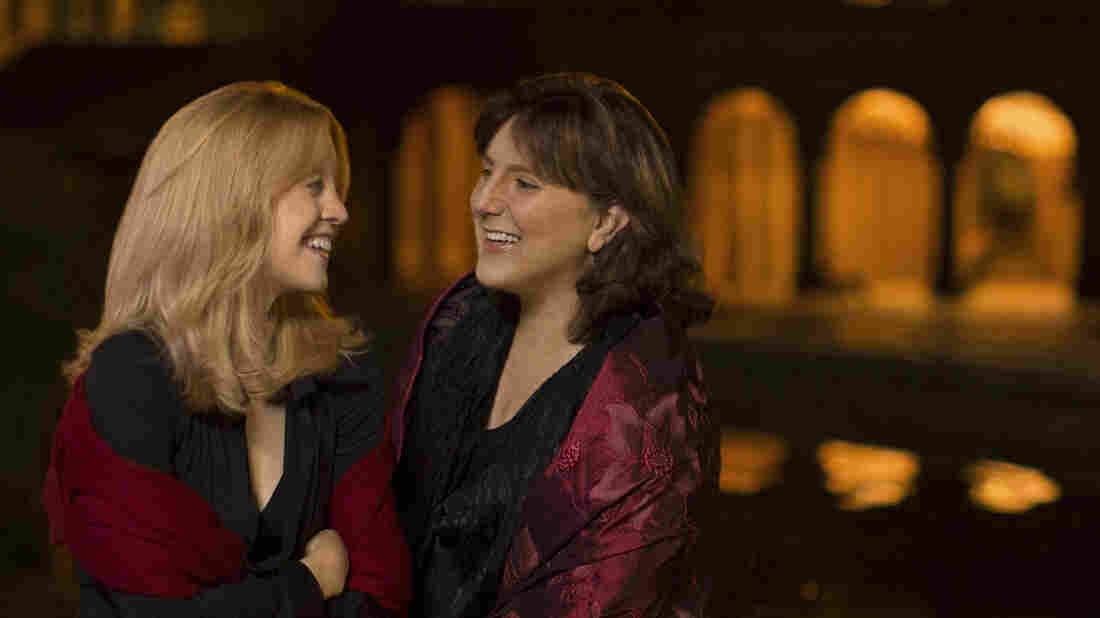 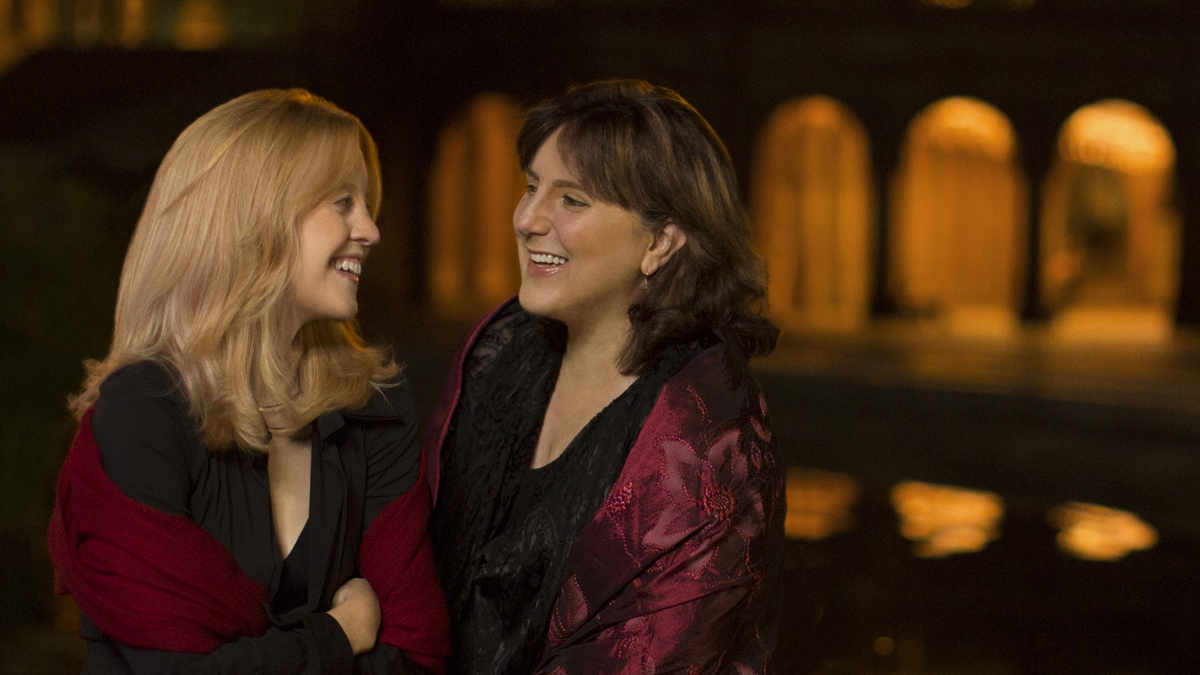 Jimmy & Dena Katz/Courtesy of the artist

Minnesota-born composer Maria Schneider has called New York home for more than 30 years, and she knows how to find nature in the middle of the city. Because her new album is called Winter Morning Walks, we walked to her favorite bird-watching spot in Central Park on a chilly February morning.

"This part right here in the Ramble and this Azalea Pond area is just teeming with warblers," Schneider says. "On a good day, you can see 18 warbler species in the morning, maybe even more. And I love New York, but this makes New York feel like it has everything."

For singer Dawn Upshaw, one of the things she likes most about New York is the opportunity to hear all kinds of music. Over the years, she frequently went to the Jazz Standard to hear Schneider's orchestra — but she wanted to be more than just a fan.

"We had met also, but I decided to actually ask her to write something for me," Upshaw says. "I thought, 'I'm just gonna brave this!' It was really kind of ... talk about outside the box! It was more outside of the box than I had probably ever jumped."

Their first collaboration, a 2008 song cycle for the St. Paul Chamber Orchestra, was so happy that the two artists wanted to work together again immediately, Schneider says.

"I wanted to write something for her that had some improvisation in and around her," Schneider says. "So, I said, 'Dawn, if I write something else for you, I want to do something where maybe I'd pick a couple of guys from my band that play on it too.' And she got really excited about it."

The result was Winter Morning Walks, which features three members of Schneider's band and the Australian Chamber Orchestra.

Schneider took some poems by former U.S. Poet Laureate Ted Kooser, who lives in Garland, Neb., and set them to music.

"I love all his books, but Winter Morning Walks is, to me, the most moving," Schneider says. "You know, I'm from southwest Minnesota. They feel — the landscape, the light, the things he describes — I mean, they're so, so beautiful." 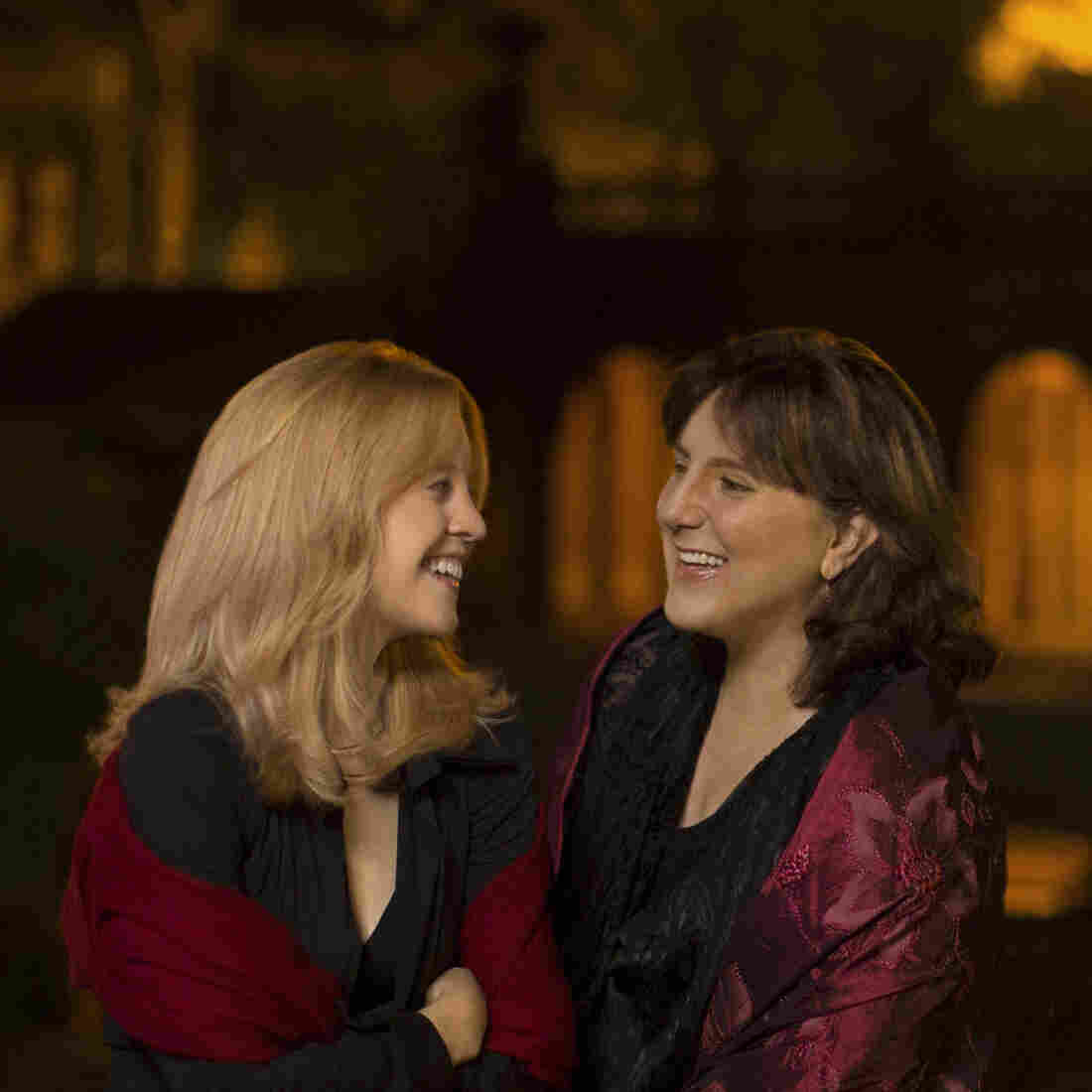 Jimmy & Dena Katz/Courtesy of the artist

"She can write a tune," Upshaw says. "There's such a naturalness, such beauty to her musical lines. It's just extraordinary."

This burst of melody is a response to what might be considered a grim place in Kooser's life. Diagnosed with cancer of the tongue and neck in 1998, he underwent surgery and radiation treatment. He says he was so depressed that he stopped writing and reading, but he did go on pre-dawn walks alone and with his wife near his home.

"One morning I came home, and I sat down with my notebook close at hand and, you know, I had been keeping a journal but I wasn't writing any poems," Kooser says. "And I wrote this little poem and I was really thrilled that that had come back for me — you know, that that was maybe a sign that maybe I was kind of recovering, in a lot of ways."

Walking by flashlight
at six in the morning,
my circle of light on the gravel
swinging side to side,
coyote, raccoon, field mouse, sparrow,
each watching from darkness
this man with the moon on a leash.

Both Upshaw and Schneider have had their own battles with cancer.

"We think we understand our faith or our sense of beginning and ending, but it's not till a moment like that that you find out what you really feel," Schneider says. "And everything in life becomes heightened — especially things in the natural world — beautiful things like light and the sound of those birds, or whatever. It overtakes you with a sense of appreciation and love and beauty."

"It's very personal stuff, but expressed simply," Upshaw says. "It just, I think, touches people with immediacy and it's very direct. And I think, actually, it makes sense that Maria's music would be such a beautiful match, because she's like that too."