Accessibility links
Caroline Shaw, 30, Wins Pulitzer For Music : Deceptive Cadence The versatile composer, violinist and vocalist is one of just a handful of female musicians to earn the prize — and, at age 30, the youngest music winner ever. 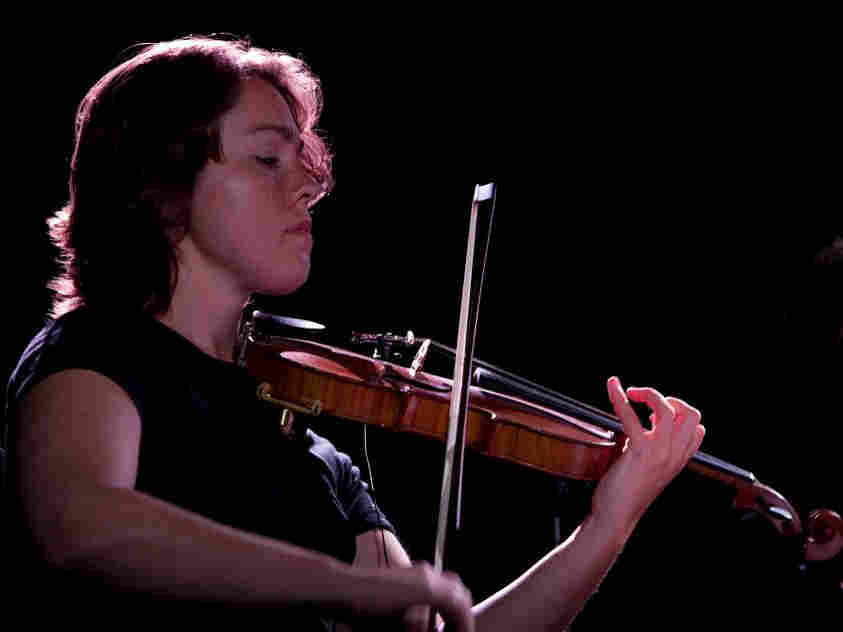 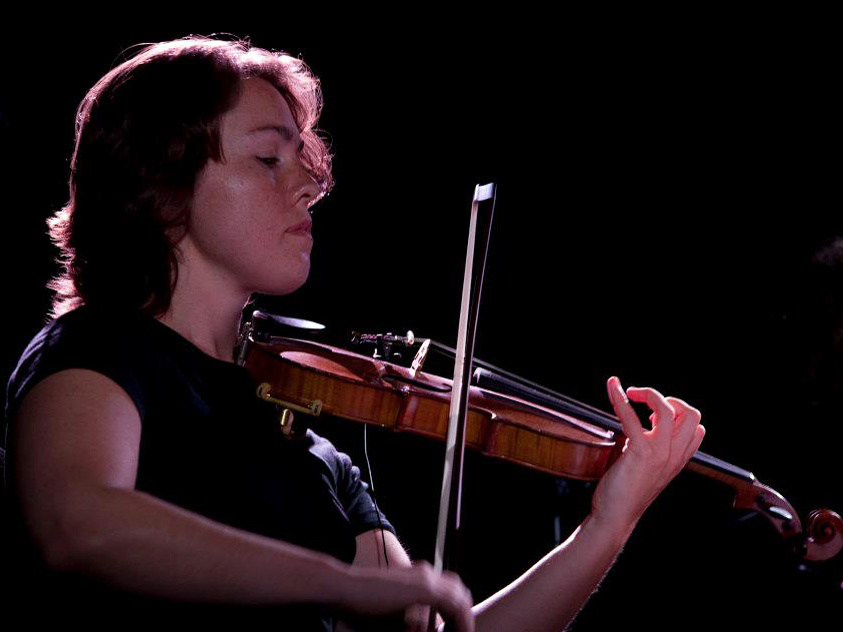 Caroline Shaw, winner of this year's music Pulitzer, performing with the ACME ensemble in New York in September 2012.

Thirty-year-old composer, violinist and singer Caroline Shaw had the surprise of her life this afternoon. Enjoying a sunny day outside, she got a call from a friend informing her that she had won the Pulitzer Prize for her Partita for 8 Voices, which she wrote for the debut recording by vocal group Roomful of Teeth, of which she is a member. Shaw is one of only a handful of female artists to have earned a Pulitzer in music — and she is the youngest composer to have won the award since its inception in 1943.

A native of Greenville, N.C., Shaw has been featured twice on NPR Music live webcasts. In the most recent, she played first violin in Steve Reich's complete string quartets, in a concert given by members of ACME at (Le) Poisson Rouge. She was also a member of the ensemble that performed at the stunning 2011 "Remembering Sept. 11" concert at the Metropolitan Museum of Art, featuring William Basinski's Disintegration Loops as well as pieces for string quartet by Ingram Marshall, Osvaldo Golijov and Alfred Schnittke.

Shaw's versatility as a performer absolutely informs her work as a composer. Partita for 8 Voices is a four-movement work, built on the Baroque dance forms of the allemande, sarabande, courante and passacaglia. She wrote the Partita for Roomful of Teeth, who released their debut album in October. Back then, I lauded the album in part for "the sheer virtuosity and total joy in the sounds they produce, like the supernuminous lines floating over churning breaths in 'Courante,' one of singer Caroline Shaw's Baroque-structured compositions that weave through the album like glittering threads."

Reached this afternoon by telephone shortly after the award was announced, Shaw told us that she had written this vocal suite for Roomful of Teeth over the course of several summers, during the group's residency at MASS MoCA, the center for contemporary art in North Adams, Mass.

"Each summer," Shaw recalled, "I would write a little bit more. I was inspired by texts from Sol LeWitt's Wall Drawings [which is on exhibit at MASS MoCA through 2033]. The first section I wrote was the Passacaglia, which was inspired by Lewitt's Wall Drawing 305 and all of its patterns, lines and texts. And since I'm a violinist, I was drawn to those Baroque forms. I played a lot of Bach's partitas and sonatas; I like the way that Bach was abstracting already from these dance forms." She added that her secret hope in winning the Pulitzer was to have a choreographer or other artist working in dance or theater stage the Partita in an interesting way.

Shaw began playing violin at age 2 and has been composing since she was young, and only began singing in college. She says that her constant work through all these different mediums is just part of modern artistic life. As she told my colleague Tom Huizenga this afternoon, "Living in New York City, you have to keep trying to do a lot of things." (This evening, she's on her way to a scheduled rehearsal with ACME.)

She noted that she sent in the piece for Pulitzer consideration — not that she thought that there was much chance of winning, but because she wanted more recognition for Roomful of Teeth's work. "I thought," she says, "'Well, I might as well see what they think.'"

The other 2013 music finalists are 1998 winner Aaron Jay Kernis, for his Pieces of the Winter Sky, and 71-year-old composer and trumpeter Wadada Leo Smith for his Ten Freedom Summers.

Until this afternoon, Shaw's terse one-paragraph biography on her website ended with these words rendered in grey: "And she likes short bios. Or no bios." I suspect that while this may remain true, her self-description will be at least three words longer from here on out.

Meanwhile, we're happy to note another member of the larger classical community who has earned a Pulitzer accolade this afternoon. Philip Kennicott, who writes about art and architecture for the Washington Post — and was formerly its classical music critic — has been awarded the Pulitzer for criticism. The Pulitzer committee cited "his eloquent and passionate essays on art and the social forces that underlie it," calling him "a critic who always strives to make his topics and targets relevant to readers." Kennicott was a former colleague of mine at Gramophone Magazine; my Deceptive Cadence co-host Tom Huizenga is an occasional contributor to the Post. Kennicott's fellow finalists are Los Angeles Times TV critic Mary McNamara and movie critic Manohla Dargis of The New York Times.