Accessibility links
Remembering Janos Starker, The Cellist 'Born To Be A Teacher' : Deceptive Cadence Although renowned as a soloist and Grammy winner, the famed cellist devoted much of his life to teaching students at Indiana University. Starker died Sunday at age 88. 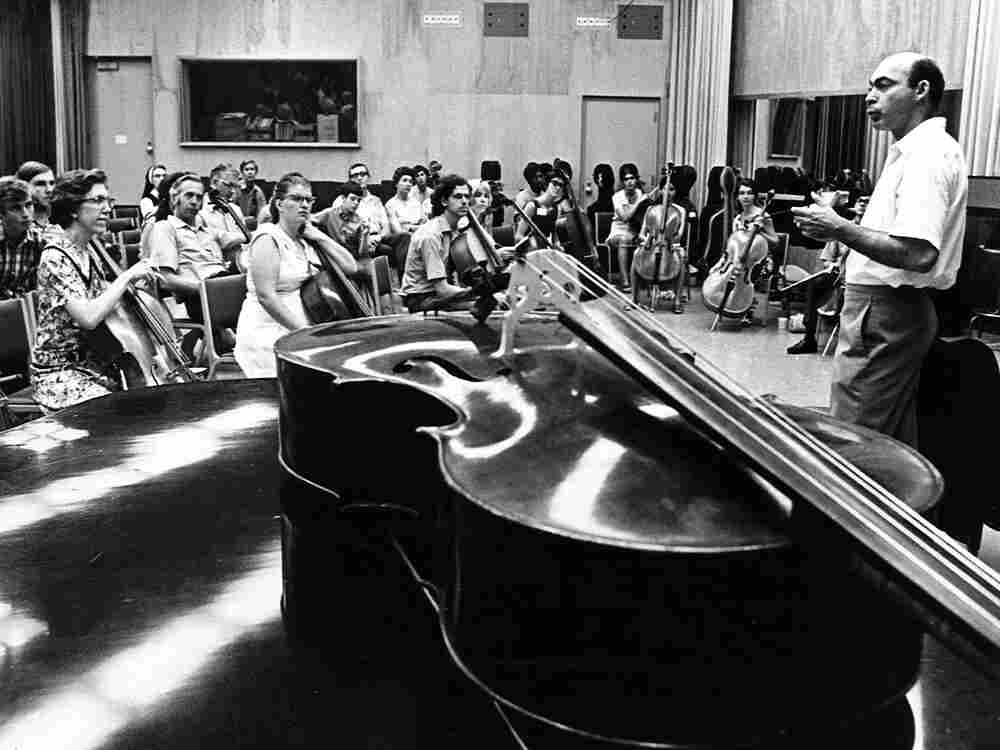 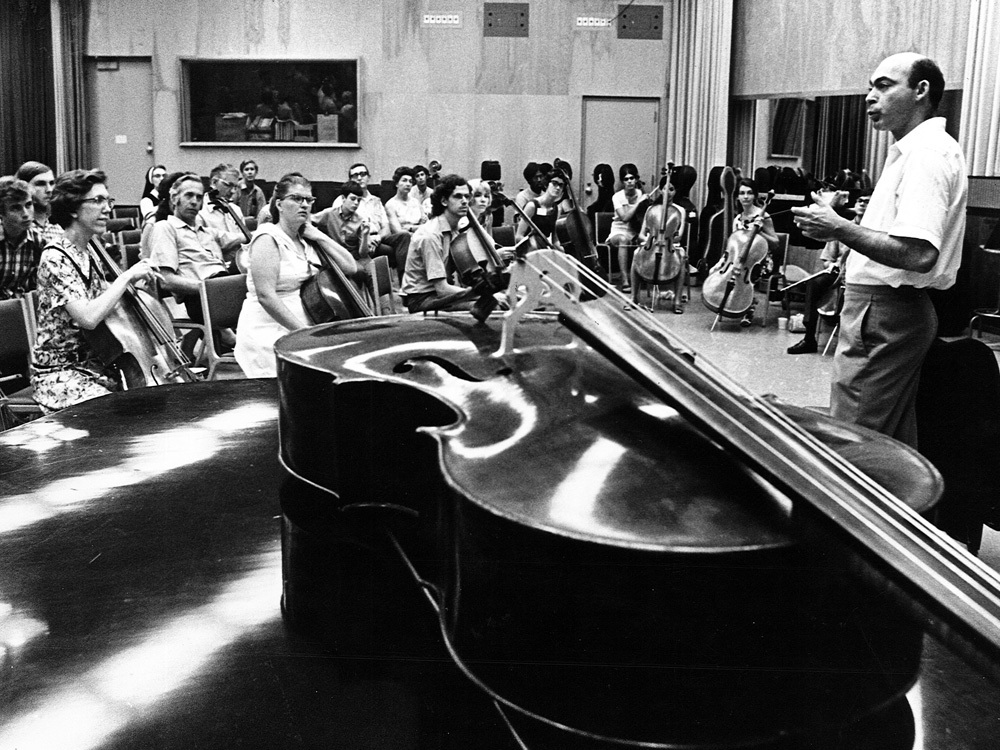 Cellist Janos Starker with one of his classes at Indiana University. He said he was "put on this earth to be a teacher."

Starker's career began in his native Hungary, where he entered the Budapest Academy at age 7 and made his solo debut four years later. Starker dedicated his life to music, and left a legacy of teaching and performing.

Starker began playing cello in the early 1930s. Both of his brothers played the violin, so the thinking was that he should study something different. His teachers recognized his talent immediately.

"My teacher called and said, 'Would you like to play the Dvorak Concerto'?" Starker once recalled. "She went, 'This afternoon.' And I said, 'May I use the music?' She said, 'Sure.' And I played it, and that was supposedly one of the big dramatic successes of childhood prodigies." Starker would record the concerto several times later in his life.

Starker was born to Jewish parents; he and they survived a Nazi labor camp during WWII, but his two older brothers did not. In 1948, Starker came to the U.S., where he played with the Dallas Symphony and later the Metropolitan Opera and the Chicago Symphony Orchestra. But in a 2011 interview, Starker said teaching was his calling.

"I've been caught confessing that basically I was born to be a teacher," he said. "People question the validity of it, because I played all those 3, 4, 5,000 concerts in my life. But the fact is, I think I was put on earth to be a teacher."

Starker joined the faculty of the Jacobs School of Music at Indiana University in 1958, and remained there for the rest of his life.

Music school dean Gwyn Richards says Starker had a reputation for being tough on his students.

"He was someone you didn't want to disappoint," Richards says. "You always wanted him to think well of what you were doing. There was always a blend of the technical and the musical, and you wanted to succeed on both fronts."

Former IU basketball coach Bobby Knight, himself known for the demands he placed on his players, once asked Starker to come speak to his team. Afterward, one of the players approached Starker and asked if he could tell the cellist a joke:

"Mr. Starker, there was a car accident, and three cellists died, and they all tried to get to heaven," the player said. "St. Peter asked the first one, 'Who did you study with?' 'Well, Rostropovich.' 'No, you have to go to hell,' St. Peter said. The next one replied, 'Leonard Rose.' The response? 'You have to go to hell.' And the third one comes. 'Who did you study with?' 'Starker.' St. Peter says, 'You may come in. You already went through hell.'"

After learning of Starker's death, world-renowned pianist Menahem Pressler spent the day Sunday in his studio making music. Both men survived the Nazis, both played in Dallas and Chicago, and both reconnected as faculty members at Indiana University.

"He knew the pieces well, and his standard was very, very high," Pressler said. "But he was a perfectionist, so during performance he was very concerned with perfection — and he was perfect."

Starker pursued a solo career while teaching, but his declining health took him off the concert stage in 2005. He continued to teach until this past winter, often inviting students to his house for a lesson. He often said teaching was what kept him alive.

"I had very little chance of surviving WWII," Starker once said. "And when I survived it, I said I should make it justifiable why I stayed alive."

Janos Starker's legacy can be heard not only in his own recordings, but also in the hundreds of students he inspired.