Accessibility links
A Loaded Bible Story, Tweaked For The Opera Stage : Deceptive Cadence Composer Mark Adamo has made his mark turning classic books, including Little Women and the Greek drama Lysistrata, into operas. His latest, The Gospel of Mary Magdalene, covers more sensitive territory, examining the titular figure's relationship to Jesus — outside the canonical Bible. 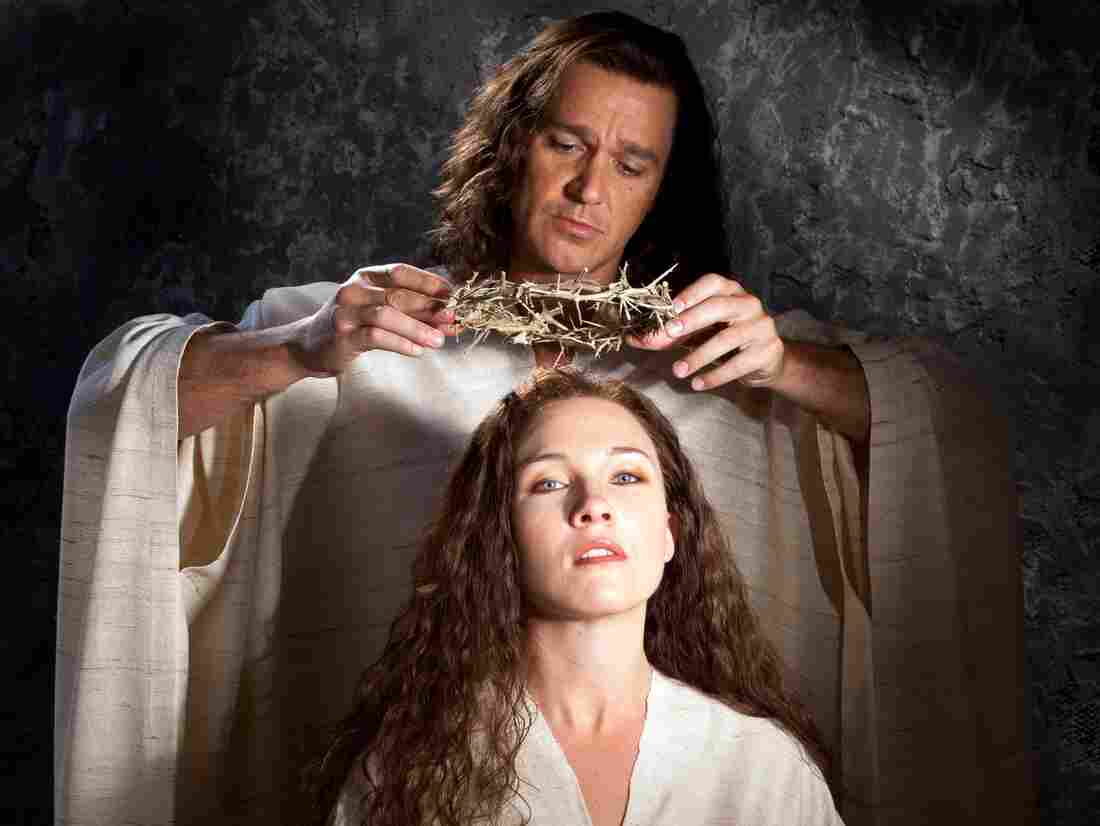 Nathan Gunn and Sasha Cooke star in the new opera The Gospel of Mary Magdalene as Yeshua (the Hebrew name of Jesus) and the title character. San Francisco Opera hide caption 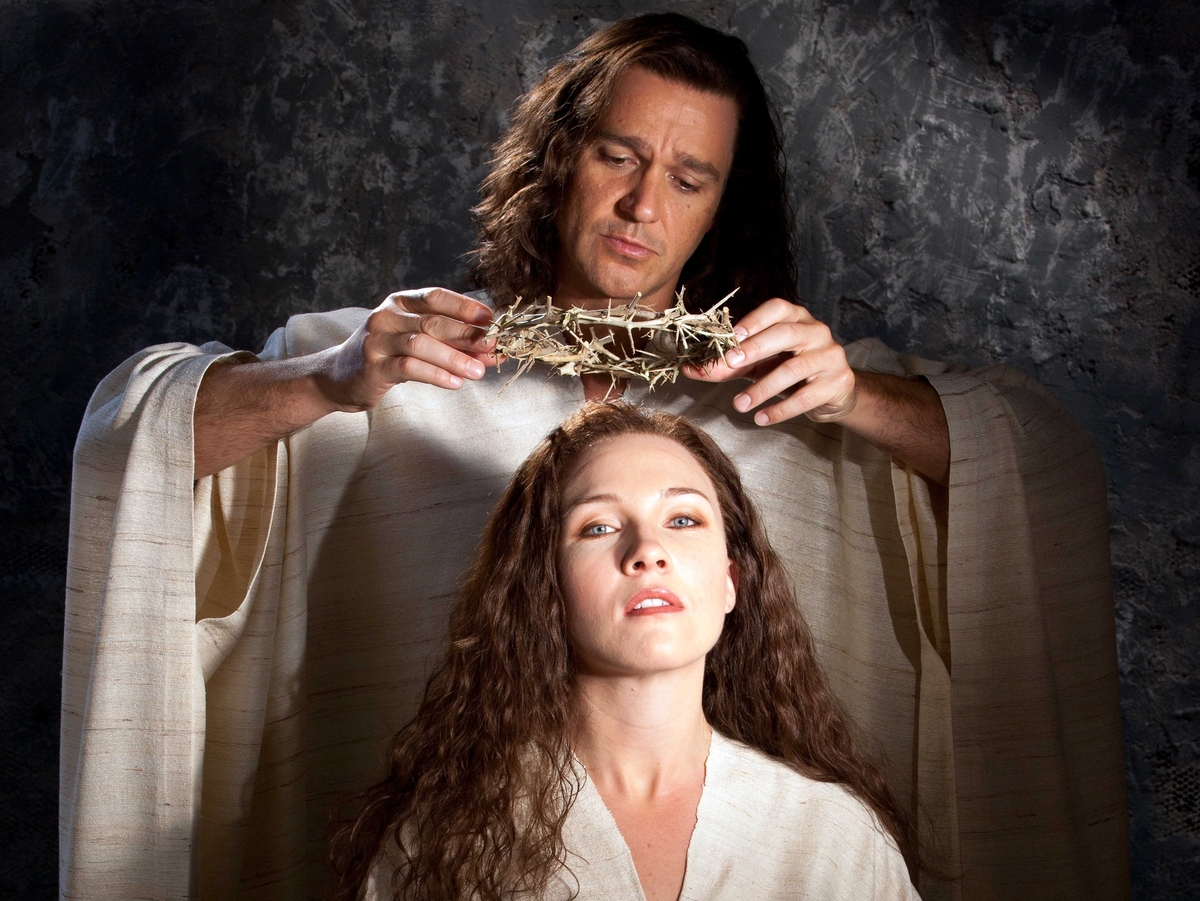 Nathan Gunn and Sasha Cooke star in the new opera The Gospel of Mary Magdalene as Yeshua (the Hebrew name of Jesus) and the title character.

Composer Mark Adamo has made beautiful music out of classic books. His Little Women is among the most produced American operas today. He also wrote the words and music for his operatic adaptation of Aristophanes' Greek drama Lysistrata.

His latest work, The Gospel of Mary Magdalene, has proved more controversial. The opera, which premieres June 19 at the San Francisco Opera, tells the story of Mary, Jesus and his disciples.

Adamo himself grew up a good Catholic in South Jersey in the mid-1970s. But his mother divorced her first husband, who was abusive, and the church she loved barred her from taking Communion — a decision that angered him in his adolescence.

"I challenged my mother and said, 'Why are you not angry?' " Adamo says. " 'You're sending us off to Catholic school and Mass and you would like to come with us. But you accept this idea that you can't come because somehow you did something that ended up saving your and our lives. Somebody said you colored outside the lines, and therefore you're not welcome. Why aren't you angry?' So I'm angry on her behalf."

Adamo is gay and has a husband [fellow composer John Corigliano], and that, too, colors his relationship with his faith. But he says he never imagined writing a New Testament opera until six years ago, when he stumbled on a New Yorker article about Mary Magdalene. She was a biblical figure often conflated with other Marys, including a reformed prostitute. 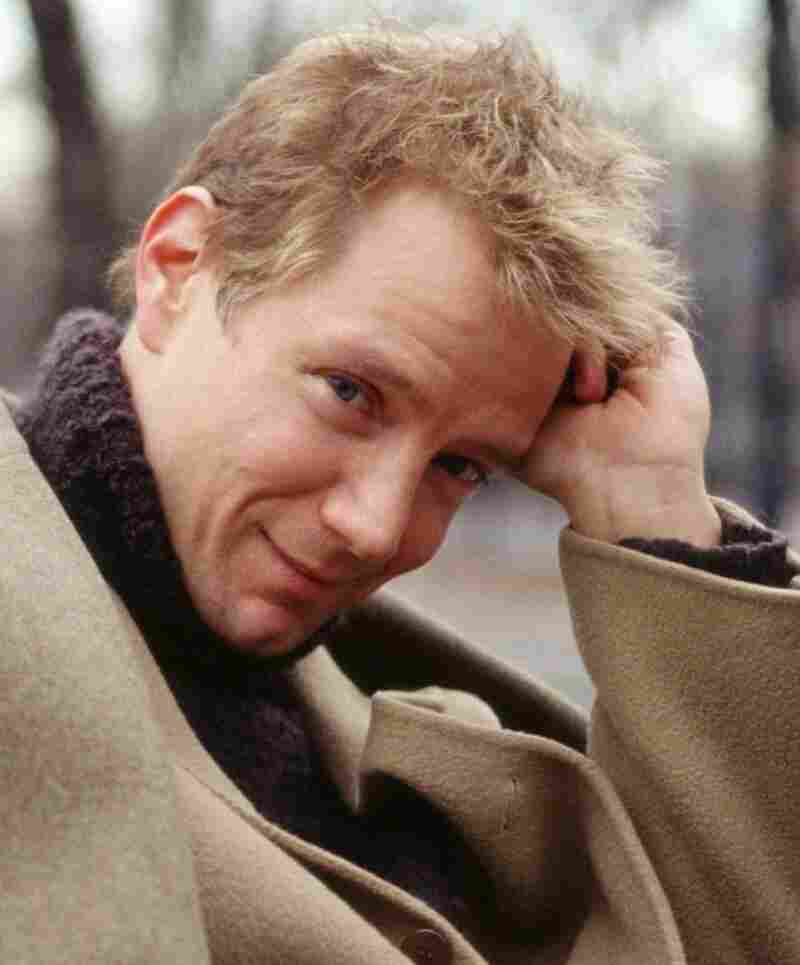 "It seemed to me that, in context, Mary Magdalene was the madwoman in the attic of the Christian tradition," Adamo says. "She was associated with the body and sexuality, and she was the opposite of the stainless virgin."

The article also covered the 1945 discovery of the Gnostic Gospels, early Christian texts that sometimes contradict the traditional Gospels. They present a Mary who is Jesus' best pupil.

Adamo introduces her singing lines borrowed from the Song of Songs — an Old Testament book long associated with Mary that uses sexual metaphors to express a spiritual longing for God.

"My goal was to place sexuality, and female sexuality in particular, back into the center of the myth," Adamo says. "[I wanted] to see how much healing that could possibly affect in the imaginations of people who came to the opera, and wanted to take the journey with us."

Adamo spent a year researching the story, and poured his learning into his libretto. It has 116 footnotes. But Adamo makes a leap of faith, so to speak, when he has Mary and Jesus become lovers, and then marry.

Nathan Gunn sings the role of Jesus — called Yeshua, his Hebrew name — in the opera.

"I know a lot of people get hung up on her being his lover," Gunn says. "They fall in love. It's a very human and beautiful thing.

"One thing I love telling people is that I'm [playing] Mary Magdalene," Cooke says. "They say, 'Oh well, she could have been married to [Jesus]. Why not? We don't know.' "

The Gospel of Mary Magdalene was commissioned by David Gockley, general director of the San Francisco Opera. Gockley commissioned Adamo's first two operas when he ran the Houston Grand Opera.

Gockley was disappointed when he found no co-commissioners to help produce the $1.2 million world premiere. He says other companies worried the story was too controversial.

"And they admitted that to me. Others said they're pursuing their own projects," Gockley says. "But I knew when we took this on that it wasn't going to be everybody's cup of tea. And I've been proven right."

Gockley says a local Catholic radio show did cancel an interview with Adamo. But there were no protests when he conferred with local priests and rabbis.

"I'm kind of waiting for some kind of kerfuffle to happen," Gockley says, "and yet the natives are quiet."

Adamo acknowledges the controversial nature of the opera: "The theater is a safe place to talk about risky things," he says.

Both Adamo and Gockley say they expect a good number of journalists and opera directors to be in the audience opening night. Adamo hopes audiences will see that he's not trying to scorn the tradition.

"I love this tradition," Adamo says. "I would not have been able to write it as I wrote it unless I thought the story would gain rather than lose nobility, credibility and passion."

Adamo says he hopes other opera companies see the light and pick up The Gospel of Mary Magdalene after it finishes its San Francisco run in July.