Accessibility links
The Innovative Mosaic Of American Symphonies : Deceptive Cadence Conductor JoAnn Falletta, one of the strongest champions of American symphonic music, asks: Does a great American symphony even have to be a symphony? 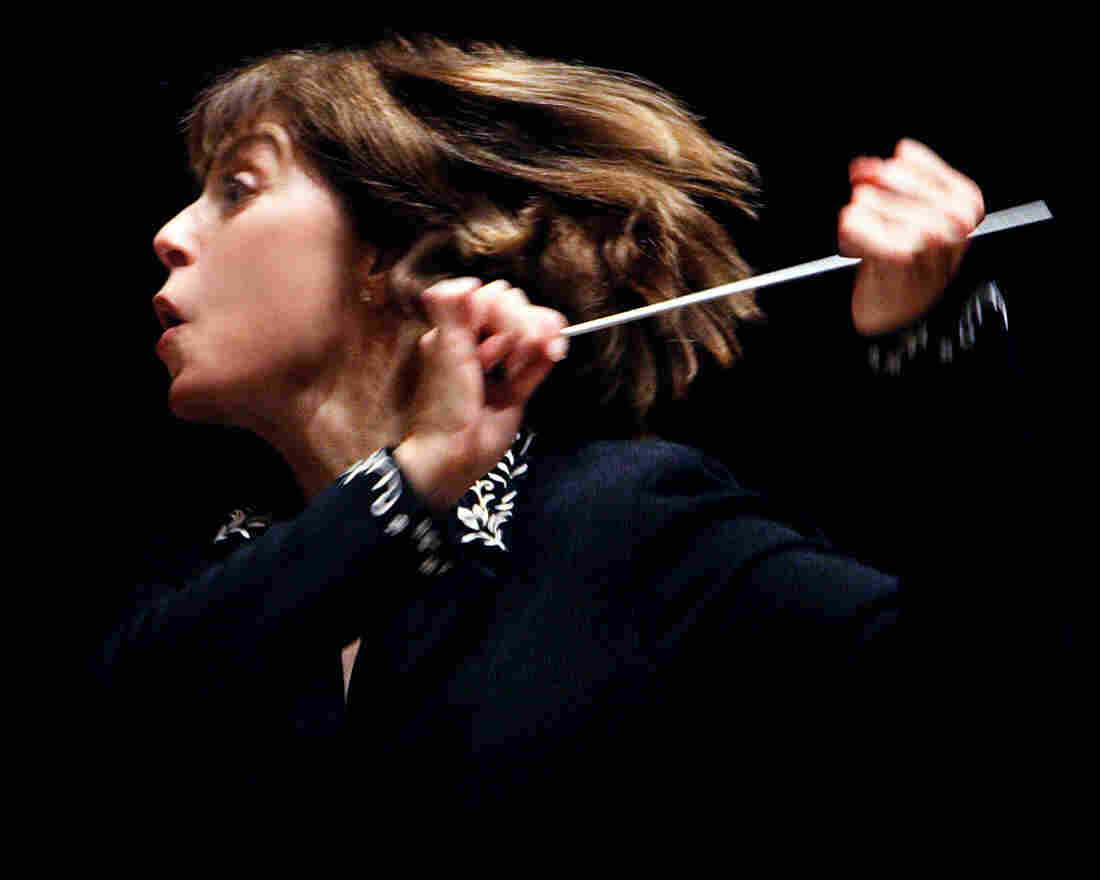 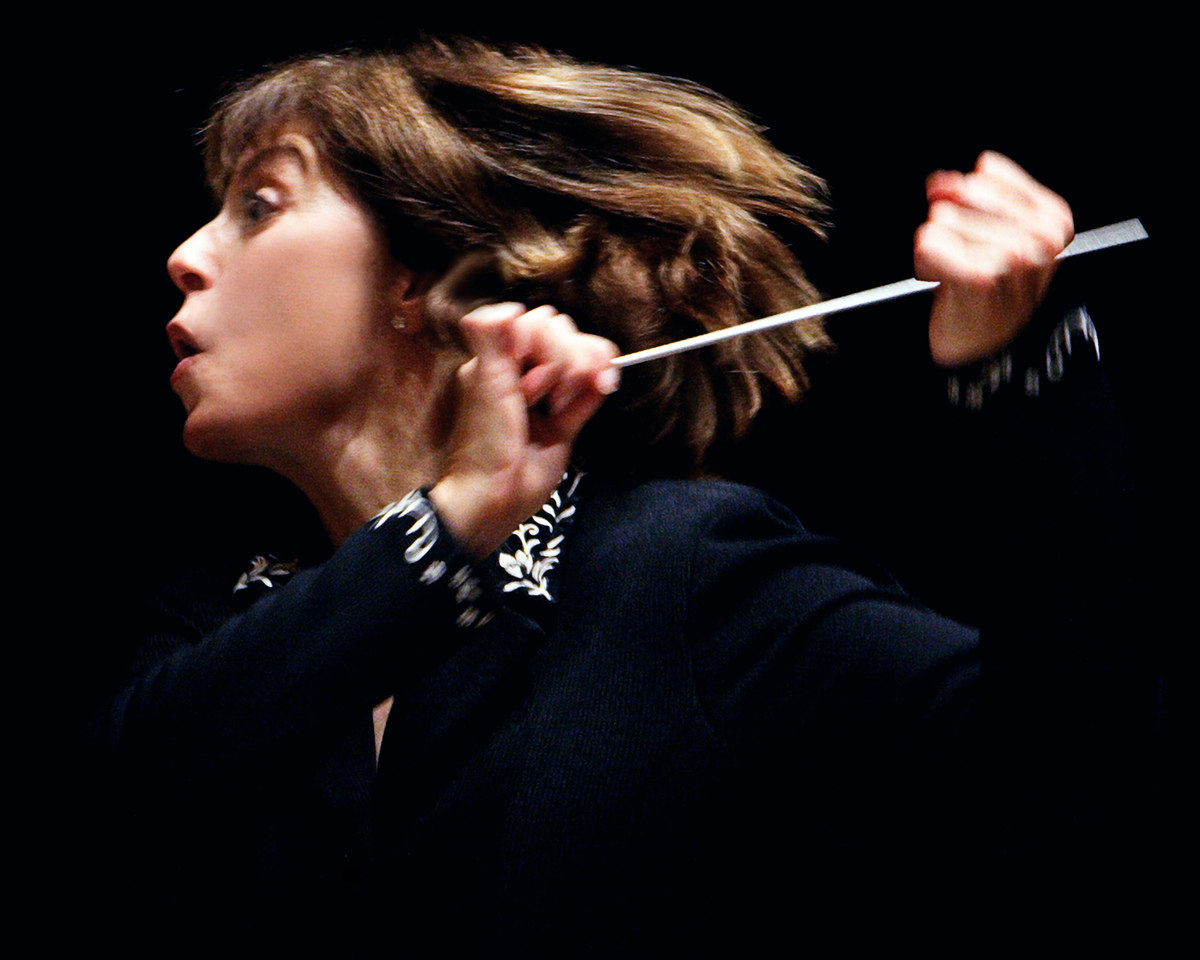 Cheryl Gorski/courtesy of the artist

Our country's culture is a vast conglomeration of more than 200 years of influences from all over the world. We have taken what began as an extraordinary European tradition and expanded that legacy on American soil. We have added our essential egalitarianism, our love of experimentation, our inclusiveness and our boldness to the very form of the symphony. Americans have not been bound by one definition of the symphony, and composers have applied that formal name to pieces of varying length, structure and content.

The search for the quintessential American symphony must acknowledge this: Perhaps there is no one perfect example of the form created on American soil. That very admission validates the essential underpinning of our heritage — it is a culture based upon a mosaic of different artistic expressions and perspectives. Not being able to find any one piece that can represent all of the music that is the United States is, in my opinion, truly something to celebrate.

In looking back over the many American works I've studied, performed and recorded I'm discussing here only those that claim the title "symphony," but there are many that eschew that formal structure yet are works of great importance and significant length and scope. One I must mention — a true American classic — is Duke Ellington's Black, Brown and Beige. A three-movement symphonic masterpiece, it is the telling of the African-American experience in the United States, and in music of deep emotion and masterful imagination, presents the composer as indubitably one of the greatest creative artists of the 20th century.

As I re-examined the extraordinary American symphonies I had recorded over the last 15 years or so, the amazing differences in these works made me realize how broad the term 'symphony' had become since its 18th-century beginnings. I started with a work I have loved for decades — Samuel Barber's First Symphony — a one-movement powerhouse that not only presents four different sections, but does so with an exemplary combination of technical prowess and luminous elegance. As I listened to our Virginia Symphony recording, I asked myself two questions: Does the work sound American? Does it adhere to the usual formal structure of its ancestors? If pressed, I would answer no to both of those questions. Yet it is American, as American as was its great composer, and in its inherent architecture it fully satisfies the requirements for cohesion and variety that are the hallmarks the symphonic form. Moreover, it presents a statement that is in my opinion unparalleled for its passion, searching tenderness and poetic strength.

Last year, I reached much further back into our American heritage when the Ulster Orchestra and I recorded the Symphony No. 1 by John Knowles Paine, an 1876 piece that some scholars acknowledge as the first actual symphony written in this country. Paine's early American voice was strong and sure, influenced certainly by his Berlin studies and betraying his unmistakable love for Mendelssohn, Schubert and Schumann. Payne's work captures the past of the original symphonic form, but also looks forward to the future of the new world. Lyrical, rhythmically vibrant and finely structured, the piece languished because its Germanic roots were distinctly unpopular in the period after the First World War.

Another symphony I recorded with the Virginia Symphony on the campus of the historically black Norfolk State University was the delightful Symphony No. 1 by Louis Moreau Gottschalk— a two-movement charmer that pays limited tribute to the symphonic tradition of the 18th century, but is a work of tremendous energy and imagination. It certainly sounds more authentically American than either the Barber or the Paine, steeped as it is in the indigenous music of Louisiana and the Caribbean. Gottschalk was the first composer to introduce American themes into European classical forms, and he was the first to erase the dividing line between the serious and popular genres. His extraordinary symphony of 1859 — subtitled "Night in the Tropics" — anticipated ragtime and jazz by half a century.

Entering the symphonic field from a completely different world — Hollywood — is composer Jerome Moross. A serious composer more known for his extremely successful music for the movies, Moross lavished sterling craftsmanship on his four-movement symphony, which the London Symphony and I recorded more than a decade ago. Moross used traditional forms — sonata allegro, theme and variations, fugue — in music that is intrinsically American. Reminiscent of the wide spacing and tonal purity of Copland's works, Moross brings his own accessible humor to the symphonic form.

Recordings of wonderful symphonies by Adolphus Hailstork and Jack Gallagher illustrate two other vibrant American voices using the form to express their own personalities in music of excellent artistry, originality and undeniable appeal. I look forward to finding, performing and recording other American composers who value the form and structure of the symphony — and who, through their imagination and innovation, will make unique artistic offerings for the living, breathing and developing community of superb musicians that is the symphony orchestra.