Accessibility links
Creating American Symphonies To Tell 'Distinctly American' Stories : Deceptive Cadence "A composer like me could not have existed in Europe 150 years ago," says 27-year-old Arab-American Mohammed Fairouz. Learn more about his work — including a wind symphony inspired by artist Art Spiegelman's comics — and hear excerpts from an upcoming recording.

Hear An Excerpt From Fairouz' 'Poems And Prayers' 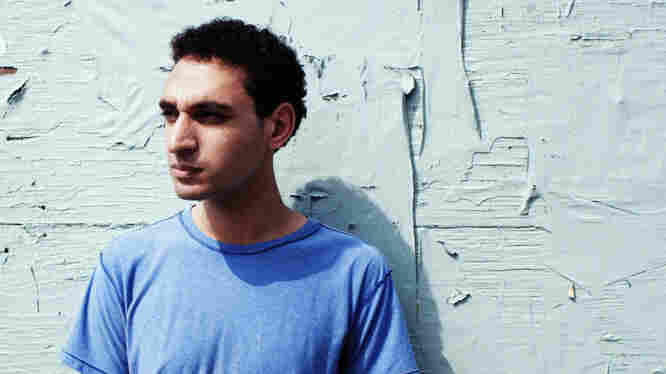 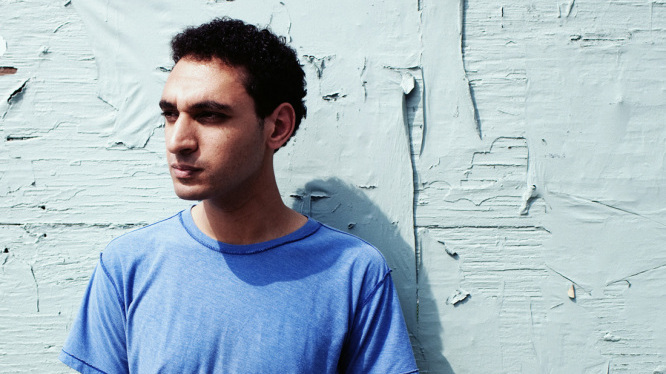 Samantha West/Courtesy of the artist

To say that you're writing a symphony today is a statement, especially for a young composer like me. The challenge is to find just the right way to commandeer the age-old form, to render it fresh and vital once again within an American context.

Two of my symphonies represent that American-ization for me personally, as an Arab-American: my Third Symphony, Poems and Prayers, and In the Shadow of No Towers, my Fourth.

Hear An Excerpt From Fairouz' 'Poems And Prayers'

The word "symphony" has meant different things in each of these works. Poems and Prayers is scored for vocal soloists, chorus and orchestra, and lives in the tradition of the choral symphony. It took me back to the origin of the word "symphonia," or "sounding together." This literal meaning was in my mind as I brought together the iconic poetry of Palestinians Mahmoud Darwish and Fadwa Tuqan with the great Israeli poet Yehuda Amichai within the context of the rite of the Kaddish, the Jewish ritual prayer of mourning. It's not just about the concord of sounds but also of Middle Eastern culture, as well as the melding of Hebrew, Arabic and Aramaic.

Beethoven understood the cathartic power of human beings singing together when he wrote his pioneering Symphony No. 9, and I could almost say that I tried to transplant the "moral" of his Ninth — "Alle Menschen werden Brüder," or "All men will be brothers" — to the modern-day Middle East.

But there's something uniquely American about Poems and Prayers, too. Its intermingling of musical idioms and languages has more to do with Leonard Bernstein's eclectic Mass than Beethoven's Ninth. The dialogue of traditions in Poems and Prayers reflects the pluralism of the country in which it was created. A symphony like this — and a composer like me — could not have existed in Europe 150 years ago.

The city of Jerusalem is a place where sound has no regard for borders, boundaries or walls. The free intermingling of bells, the muezzin's call to prayer, a shofar being blown and chants are among the countless sounds heavy with history and symbolism. They are key characteristics of Jerusalem and the Middle East in general. This is contemporary counterpoint at its best — not necessarily consonant, but cosmopolitan and profound. It's central to my understanding of "symphony" as "sounding together."

I was also drawn to the inclusive spirit that America, at its best, can represent. My Third Symphony starts with the Kaddish, which famously concludes with a prayer for peace for the Tribe of Israel. But I use the version of the Kaddish that American Reform Jews have used since the 1970s which ends: "v'ahl kol yosh'vey teiveil" — "and for all the nations of the world."

But then there's also the baggage that comes with the old-fashioned form of the symphony. My Fourth, In the Shadow of No Towers, is the closest I've come to a "classical" symphony, though it's scored for wind ensemble rather than full orchestra. (The complete symphony will be released on Naxos Wind Band Classics in November.)

In the Shadow of No Towers is inspired by, and shares its name with, the graphic novel by Art Spiegelman that explores his experiences of 9/11 and its aftermath. My work is classically structured in four movements, including one Spiegelman calls a "schizo-Scherzo," which engages another great American style, Broadway, and specifically draws on Stephen Sondheim's score to Pacific Overtures.

The final movement is an examination of the way that we have commemorated 9/11. There's an insistent ticking of a clock at 60 beats per second; the ticking grows stronger as we move away from the realities of life and death and, as Speigelman says, "The Towers come to loom larger than life." The movement, calculated to last 9 minutes and 11 seconds long, ends audaciously. 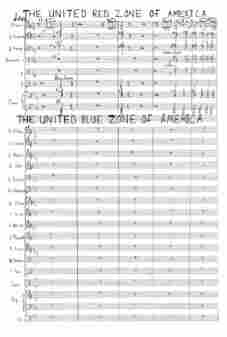 A page from the score of In the Shadow Of No Towers. hide caption 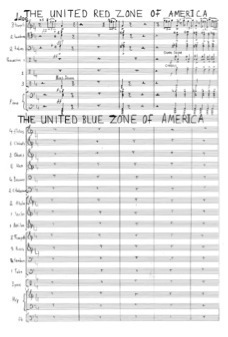 A page from the score of In the Shadow Of No Towers.

Each movement takes a panel from the Spiegelman's book as a point of departure. Art and I are equally obsessed with structure, and so the idea of a "classically formed" symphony was appealing to both of us from our first conversations. By interacting with comics, my symphony was immediately engaging another distinctly American art form. Let's also not forget that American architect Minoru Yamasaki's design for the Twin Towers wore structure on its surface; he was considered a master of New Formalism in architecture. Spiegelman drew a chilling parallel between the straightforward structure of my symphony and his comic book, and the fact that "clearly we both were shaken by the tumbling structures that struck Ground Zero back in 2001."

I wrote the symphony for winds to take dramatic advantage of this distinctly American medium to tell a distinctly American story. The wind ensemble, like the comic book, has clearly come of age. After important wind symphonies by composers as diverse as John Corigliano, Gunther Schuller, Vincent Persichicetti and Michael Daugherty, I felt that I, too, could use the medium to tackle an important issue. I also found it poignant that it takes human breath to play these instruments. To breathe is to be alive — even after a terrible disaster.

Throughout In the Shadow of No Towers, I didn't think that the wind ensemble needed to sound like a band except for one place — the dramatic third movement, titled "One Nation Under Two Flags." Here I literally divided the band into two bands, "The United Red Zone of America" versus "The United Blue Zone of America," as a commentary on the divisiveness of party politics.

The "Blue Zone" takes up hilariously cinematic anger while the "Red Zone" plays with a jingoistic, fanfare-y loudness that allowed me to mine the riches, and make fun, of John Philip Sousa and patriotic marching band music.

These two serious-minded symphonies strive for a harmonic ideal through contemplation of what was lost. Even when these works are at their most critical or ironic, my intent is never to be negative but rather to strive for a higher ideal and inspire a better reality.