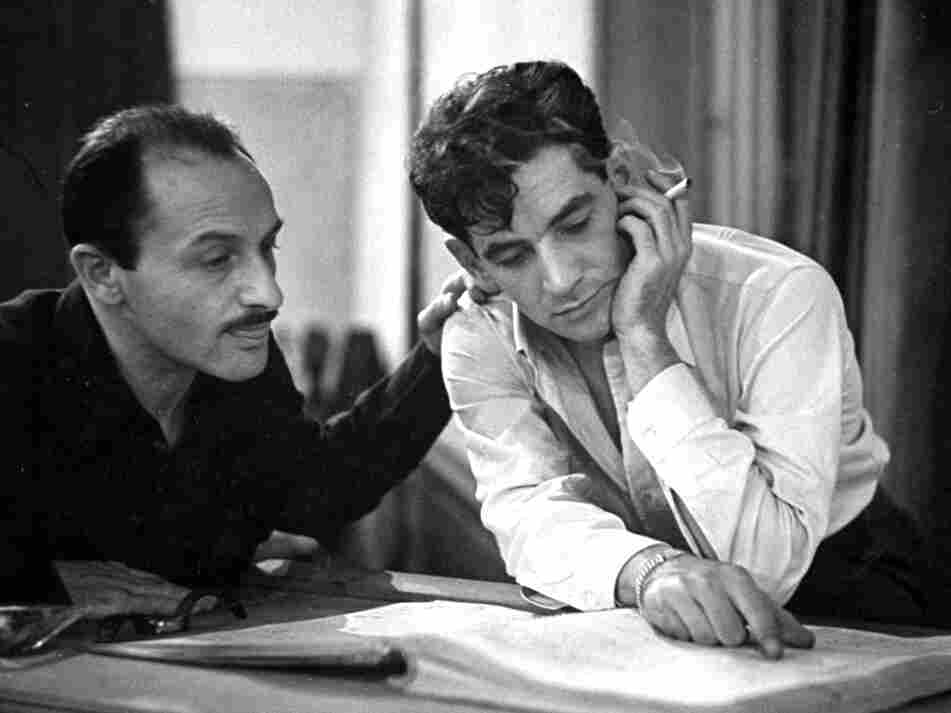 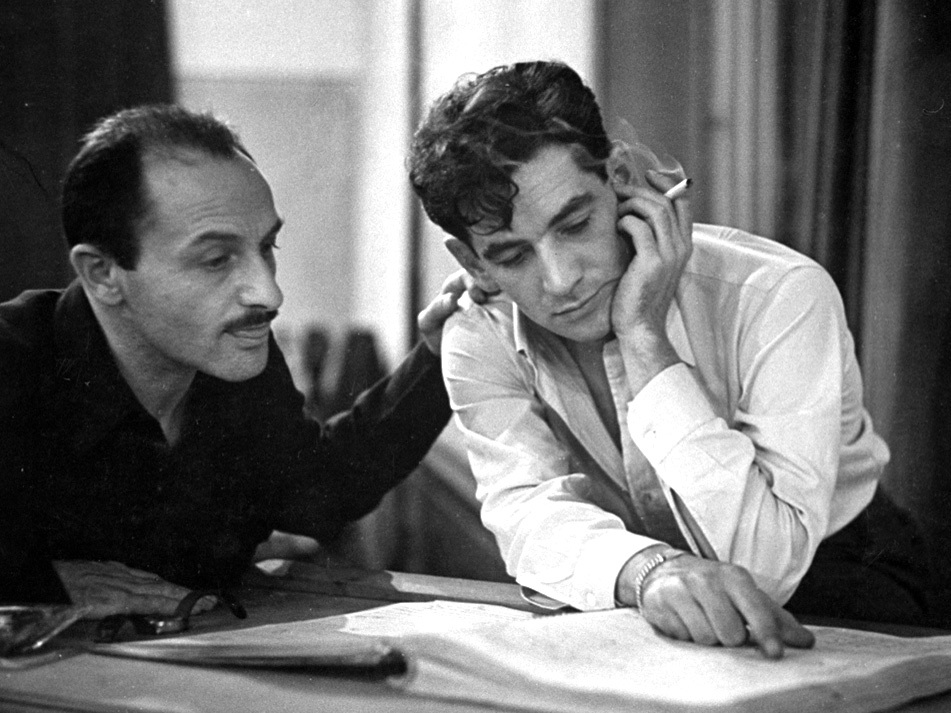 Composer Marc Blitzstein (left) with Leonard Bernstein studying the score of a Blitzstein work during a 1947 recording session.

Over the course of the 20th century, the symphony as a genre — originally an inheritance from Europe — increasingly became a transnational tradition, flowing across the Atlantic and back again.

For American composers contemplating a symphony in the middle of the 20th century, a core issue was how to assert their own voices — that is, to establish a sense of personal identity, whether national, political, racial, or regional. The inter-war period was especially fertile for the composition of American symphonies, as conductors of major orchestras promoted the cause. They included Serge Koussevitzky with the Boston Symphony Orchestra, Frederick Stock with the Chicago Symphony, Leopold Stokowski with the Philadelphia Orchestra, and most famously, Leonard Bernstein, first with the New York City Symphony and eventually with the New York Philharmonic. Carlos Chávez also played an important role as conductor of the Orquesta Sinfónica de México.

Some of the works discussed here grapple directly with issues of identity, while others comfortably assume the mantle of European styles and expectations. Drawing on American sound-tropes at times proved fruitful, whether folk tunes, spirituals, the blues, or popular music. An ethnographic strain also emerged, inspired by experiences gained during travel or fieldwork.

Carol J. Oja is the William Powell Mason Professor of Music and American Studies at Harvard University. Her book Bernstein Meets Broadway: Collaborative Art in a Time of War will be published in 2014. Harvard doctoral graduate Matthew Mugmon contributed to this article.