And 'Fiddler On The Roof' — Not Jewish

And 'Fiddler On The Roof' — Not Jewish 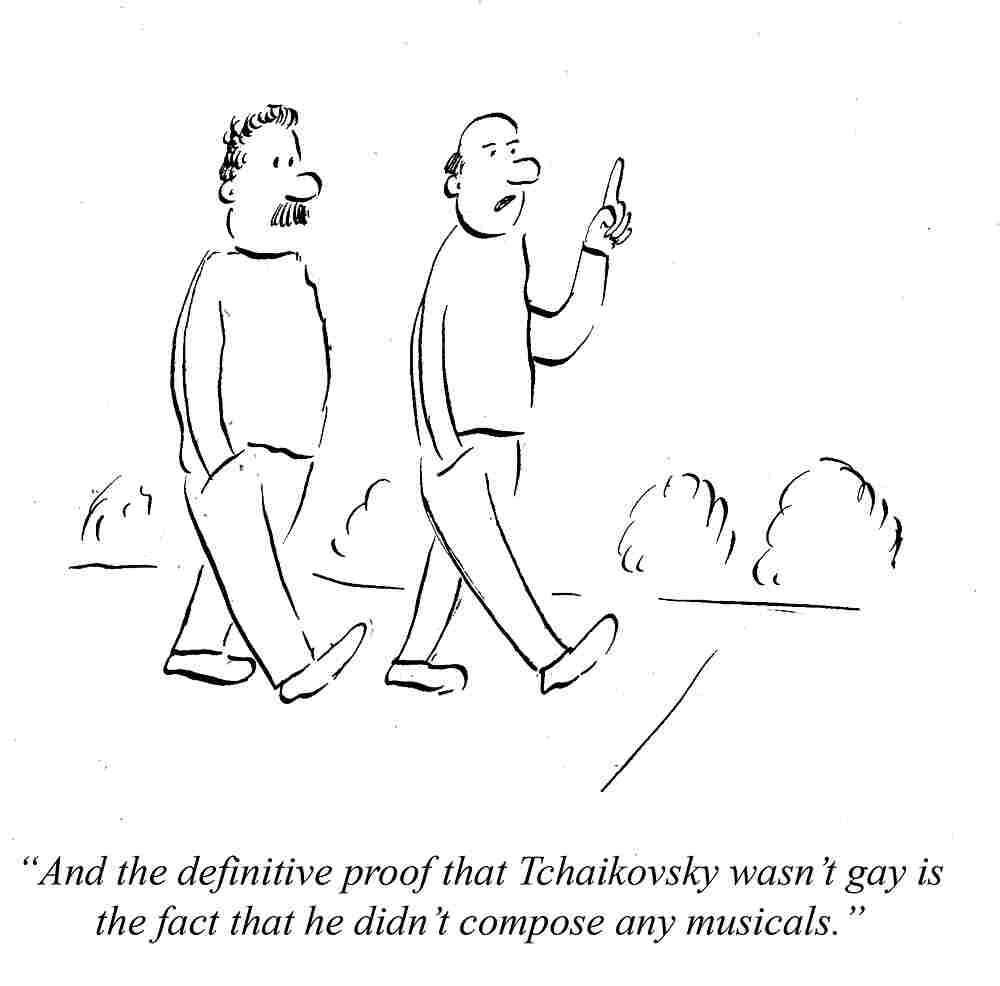 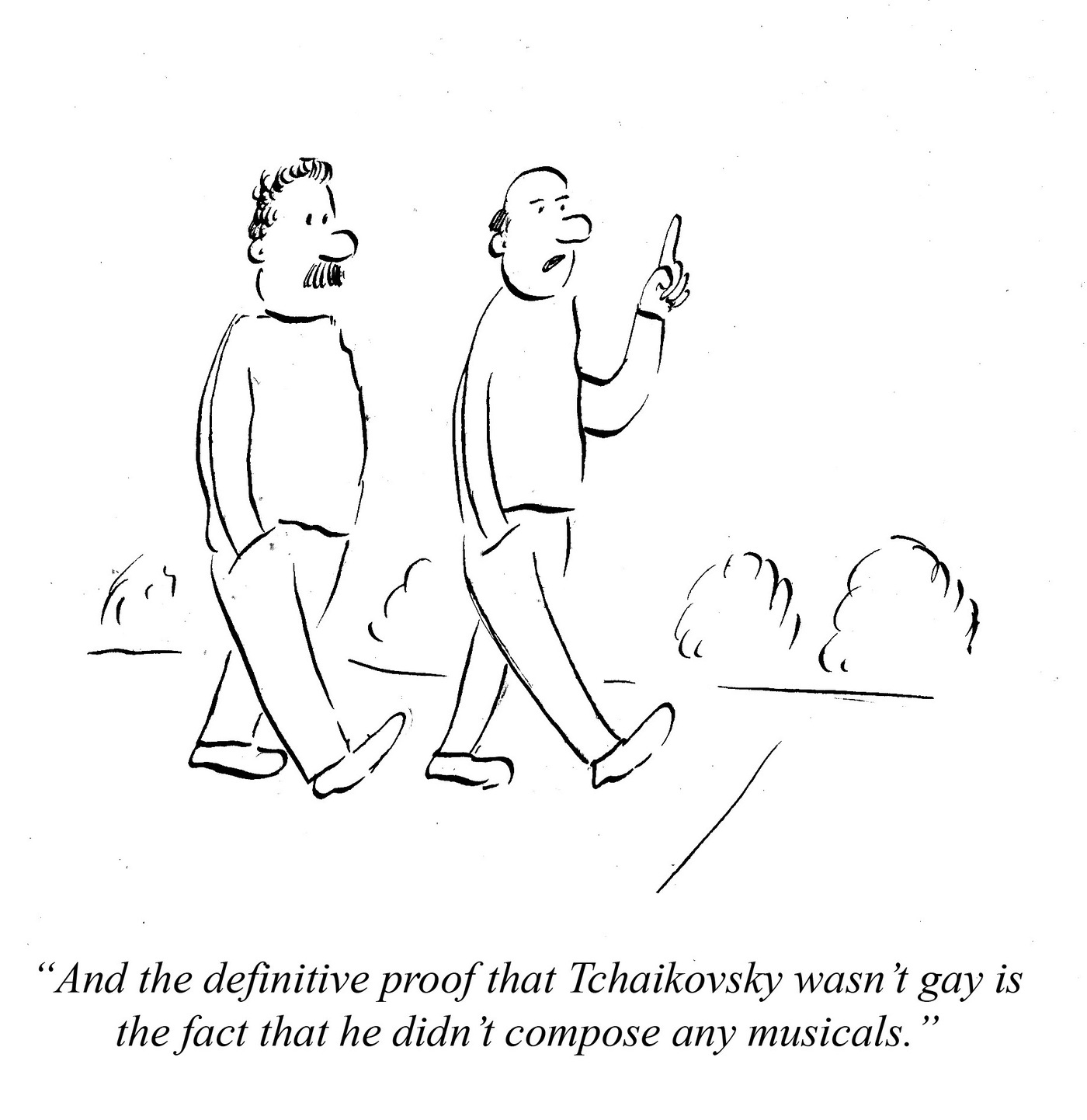 This week's artune is ripped from the headlines. More controversy for Russia and its official position on homosexuality: A new government-funded film — and its government funders — deny that Tchaikovsky was gay.

Got an idea for a classical cartoon or a reaction to this one? Leave your thoughts in the comments section, on Twitter @nprclassical, or on Facebook at NPR Classical.

Pablo Helguera is a New York-based artist working with sculpture, drawing, photography and performance. His new book is Helguera's Artunes. You can see more of his work at Artworld Salon and on his own site.