Accessibility links
What Is Classical Music's Women Problem? : Deceptive Cadence Recent comments from three prominent male conductors questioning women's "innate" inability to lead orchestras raises yet more questions: What century is the classical music community living in? And is it incumbent upon female performers and advocates to actually respond? 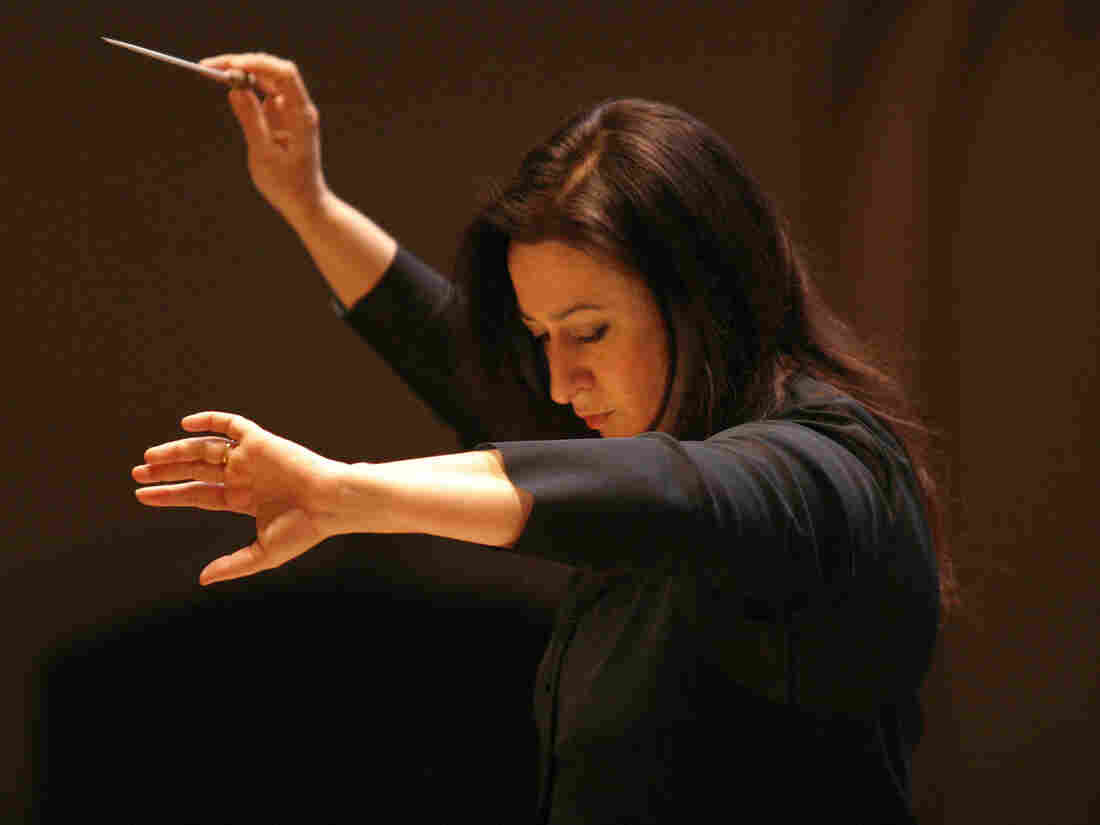 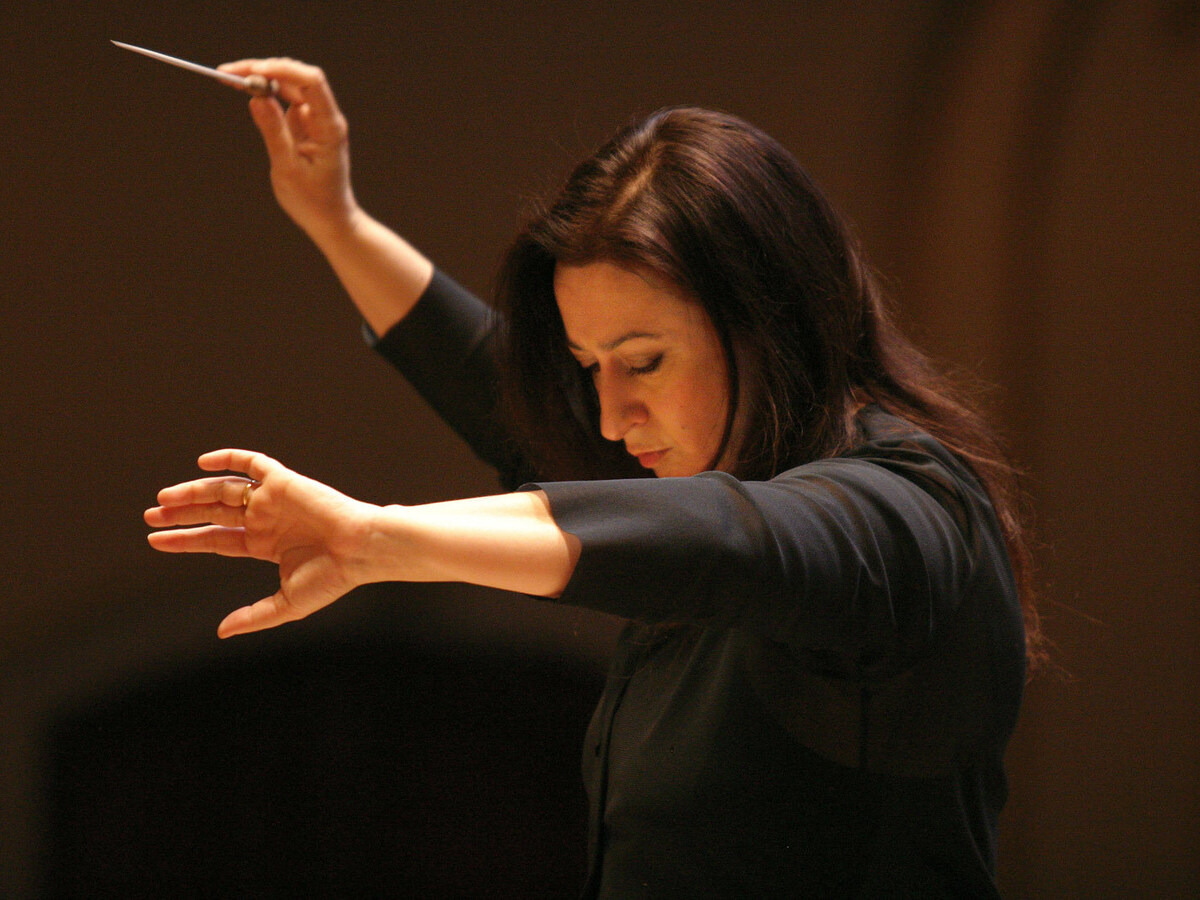 Klaus Lefebvre/Courtesy of the artist

Close your eyes, and you may think that this is 1913. In the past few days, the classical music community has been set aflame by recent comments from three prominent male conductors who are — steel yourself — actually saying that women are not capable of standing on the podium.

Surely you jest, you say. This cannot possibly be the level of discourse in the classical music community in 2013, right? When someone like Marin Alsop is among the most valued conductors in the world, not just for her gifts in front of an orchestra, but for her ability to communicate her love for classical music? When Alsop and her colleagues like JoAnn Falletta, Jane Glover, Simone Young and others have inspired other generations of women to take up a baton? When Hillary Clinton is an ex-secretary of state, Angela Merkel is anticipating a third term as German chancellor, and Janet Yellen has just been nominated as Fed chief?

Oh, but I am saying precisely that. In France, conductor and composer Bruno Mantovani lit a firestorm last Friday when Radio France posted an interview with him in which he ran through a veritable laundry list of putative reasons why women couldn't succeed as conductors, ranging from infant-bearing to child-rearing to our innate lack of brawn and stamina. And last week, in a must-read essay for The New Yorker, Alex Ross revealed a translation of an interview conducted in Russian last September with conductor Yuri Temirkanov, with the Moscow-based Nezavisimaya Gazeta, in which Temirkanov announced, "The essence of the conductor's profession is strength. The essence of a woman is weakness."

And when the Oslo-based newspaper Aftenposten asked why there aren't more female conductors, another Russian, Vasily Petrenko, responded that male conductors "often have less sexual energy and can focus more on the music. A sweet girl on the podium can make one's thoughts drift towards something else."

We might be tempted to write these burblings off as the amber-trapped artifacts of a certain generation, or of a specific cultural milieu — the Russian Temirkanov is 74 years old. But as it just so happens, Bruno Mantovani is exactly my own age — 39 — and, having lived very briefly in France myself, I don't think the cultural gulf between us is all that wide. And the Russian Petrenko is all of 37.

Meanwhile, Mantovani in particular isn't just some conductor. He is the director of the Paris Conservatory (formally, the Conservatoire national supérieur de musique), and as such he possesses not just a very big soapbox, but a fair amount of power to help make or break emerging French talent. When he says, in essence, "Fine, ladies, you're welcome to try to join our ranks," the patronizing tone — whether rendered in the original French or in excerpted translation — is hard to miss. If I were a very young French musician, I'd feel pretty discouraged right about now.

The same can be said for a later (and theoretically bridge-building) statement from Mantovani, in which he argues that Radio France used only a fraction of his comments. But rather than patching things up, Mantovani rather makes things worse (along the way, disparaging all parents as providing merely what he calls, in a fascinating turn of phrase, "customer service.") He marvels, "Who could have imagined twenty years ago that a woman (Marin Aslop) [sic] would conduct the closing concert at Proms?" Well, considering the fact that Alsop had already embarked on a major career around the time that Mantovani was still in lycée, the only astonishment is that it took until 2013 for the Proms to catch up with her.

But what I find perhaps most astonishing is the number of assumptions made about women's lives. What the feminist revolution was about, in many ways, was advocating self-agency for women. It is incredible that in 2013, Mantovani et al. assume that a woman's first priority is having a family. And while the French birth rate currently outpaces the rest of Europe (not to mention the U.S.), it appears unfathomable to Mantovani that a woman — a woman who, by virtue of being involved in classical music to begin with, is already cutting a course far removed from popular trajectories — might not have baby-making or child-rearing foremost in mind. And as to his remarks about women's inability to withstand the physical rigors of the job ("Sometimes women are disheartened by the physical aspect — conducting, flying, conducting again is quite demanding"), never mind passing the smelling salts to Hillary Clinton. I'd like to see him take on his countrywoman Joan of Arc.

While I am not a conductor, I belong to a very small classical club of my own: of female critics and journalists. By my own count, there are literally just a handful of us in the U.S. (we all know each other), and only a few more than that internationally, though for some reason there are plenty of female publicists. I don't know why these numbers are like this in a generation that has reached gender parity among world-renowned soloists (certainly in the case of pianists and violinists), orchestral players (excepting such outfits as the Vienna Philharmonic) and, I'd hazard a guess, among chamber musicians, music educators and church musicians as well.

Granted, there are very few classical music journalists around anyway. But along with the audience, we are the ones perhaps best positioned to push back against the entrenched sexism in our field. A huge part of our task is to take measure of the classical music world, not just catalog whose high C's ring the truest.

As Alex Ross posted in a follow-up: "It would be more constructive for every male participant in this discussion to examine himself, his record, his biases, spoken or unspoken ... Silent neglect can do just as much damage as open contempt." And as New York's Justin Davidson wrote yesterday, "Mantovani's and Temirkanov's comments should be embarrassing not just to them, but to all of us who listen to, perform, promote, and write about classical music." I am very glad indeed to hear colleagues whose work I respect and admire so tremendously speak up.

What I would add is this: I would like to hear the women in our community speak up as well, without fear of embarrassment, contempt or retribution. We find ourselves at a critical juncture, especially in terms of public perception of our field. (Want mass culture to think that we are irrelevant dinosaurs? We're more than halfway there. When our community lags behind government, business, education and the military, that perception starts to have a tiny ring of truth.) Helpfully, one of our British colleagues — another woman! — named Jessica Duchen, who writes for The Independent in London, has amassed a heartening list of about 100 prominent and up-and-coming female conductors.)

I used to think that creating models of female agency and self-direction via day-to-day and year-to-year work was enough: Fine art should be enough to stand for itself. Now, in the wake of conversations that I can't quite believe we are still having in the 21st century, I'm not so sure. I don't know what that next step would look or sound like. But given the creativity, courage and vision that is part and parcel of what we all do in working in classical music, I can't wait to see what comes next. As Mahler wrote in a line that conductor Simone Young has splashed across her own website and which feels entirely apt right now: "Tradition is the handing on of the flame, not the worship of ashes."