Accessibility links
Remembering 'Holy Minimalist' Composer John Tavener : Deceptive Cadence British composer Sir John Tavener — whose music was beloved by many far outside the usual classical sphere — died Tuesday at age 69. We look back at a career that took him from being signed by The Beatles' Apple label to a performance of his music as part of Princess Diana's funeral. 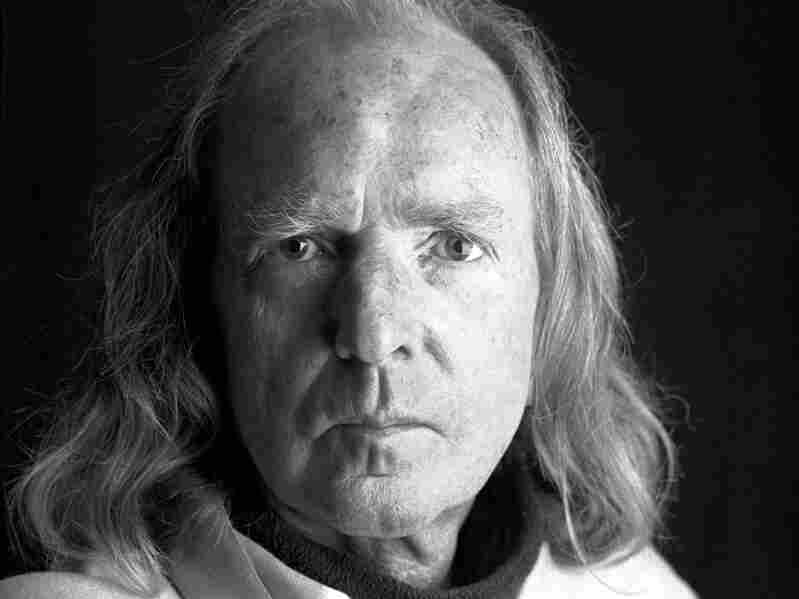 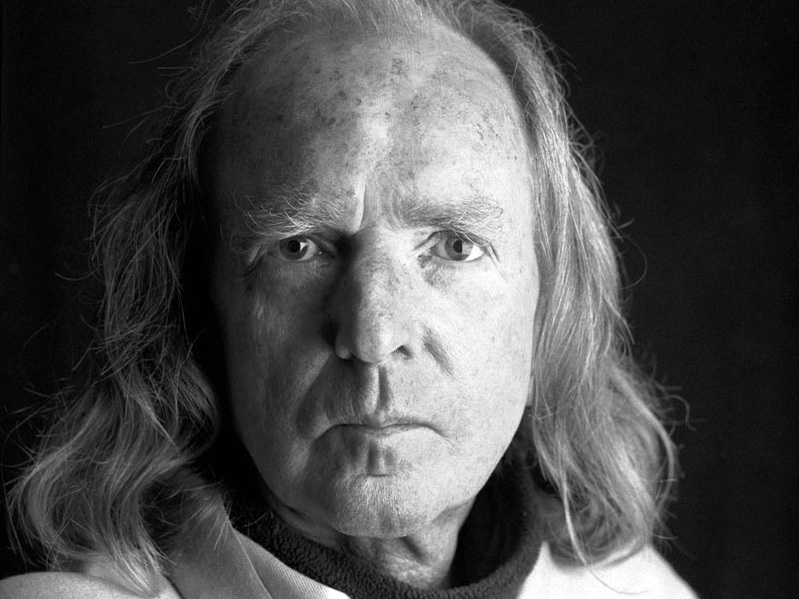 Simone Canetty-Clarke/Courtesy of the artist

British composer Sir John Tavener, whose music became a cultural touchstone that stretched far beyond the classical sphere, has died at age 69. His death was announced by his publisher, Chester Music, which noted that the composer died at home in Child Okeford, Dorset, earlier Tuesday. No cause of death was given, though Tavener had long suffered from numerous health problems, including a stroke in 1979, a diagnosis in 1990 of Marfan syndrome (a genetic condition that causes heart problems), and a debilitating heart attack in 2007 that led to four months on a ventilator and four months in rehabilitation.

Born in London on Jan. 28, 1944, and knighted in 2000, Tavener was born into a family who encouraged his love of music. He began studying the piano and organ at an early age, and went on to attend the Royal Academy of Music in his home city. At age 12, he met his early patron Rhoda, Lady Birley, whom he called his "adopted godmother" and who over the years introduced him to London's high society, including the likes of Lady Bonham-Carter, Loulou de la Falaise and Diana Cooper, viscountess Norwich.

From the very beginning of his professional career, Tavener made music that had wide appeal and marked him as something of a superstar. His first recording, at age 22, came in 1968 on The Beatles' Apple label, which released an album of his oratorio The Whale, a piece that had its world premiere in the first concert ever given by the London Sinfonietta.

The inspiration for The Whale came from the biblical tale of Jonah and the whale — and that was no accident. For Tavener, music was more a vehicle for spiritual expression than an end unto itself. In a 1999 interview on Morning Edition, Tavener told reporter David D'Arcy, "We seem to have lost our contact with the primordial, the idea of call it divine revelation as opposed to something that's learned by the human intellect, something that, if you lay yourself completely open and you just open your heart completely, something will actually come into it."

Tavener converted to Russian Orthodox Christianity in 1977 and began traveling frequently to Greece, another important center of Orthodox Christianity. He often referred to his own music as "icons in sound," drawing upon the Orthodox tradition of utilizing religious images of Jesus, the Virgin Mary and the saints as a portal into the divine. Very soon after converting, he was commissioned to set the Divine Liturgy of St. John Chrysostom (the principal Orthodox Eucharist liturgy) in English. It was Tavener's first directly Orthodox-inspired music, but many such works followed. Tavener sometimes borrowed traditional, centuries-old Orthodox melodies note for note in his own music, without attribution and escaping the notice of most of his Western audience.

Over the next 20-plus years, his spiritual engagement led to a panoply of music including "The Lamb" (1982), on a text by William Blake; the Virgin Mary-inspired cello concerto The Protecting Veil (1988); his opera Mary of Egypt (1991) about the life of a fourth-fifth century saint; and his 1993 Song for Athene, with a text by Mother Thekla, a Russian Orthodox abbess, Cambridge University graduate and Tavener's longtime spiritual adviser, who died in 2011 at age 93. Originally written in 1993 to commemorate the death of a young friend named Athene Hariades, Song for Athene was later used at Princess Diana's 1997 funeral and gave Tavener's work a global audience.

In 1999, Tavener wrote a piece for the acclaimed vocal quartet Anonymous 4 and the Chilingirian Quartet called The Bridegroom. Reached Tuesday afternoon by telephone, Anonymous 4 member Susan Hellauer recalled meeting him during rehearsals. "It was almost like he was not the composer, but a new listener," Hellauer said, "as if he were just experiencing it for the first time. It was a very emotional and spiritual experience for him, not just a musical transaction. He made that very clear."

Despite critics tagging Tavener as a "holy minimalist," Hellauer says that his music is very difficult to perform — but very beautiful as well. "It actually floats. It appears out of nowhere, and then it floats back into nowhere," she said. "It doesn't have that kind of Western structure of themes and developments. It just is, and then it's gone. And very well-crafted. His music is not easy to sing. It sounds simple, in a way. There's not fireworks-type technical demands, but the demands are in sustaining a line, sometimes very long notes, holding the line up for long periods of time, in a very quiet way."

As time went on, Tavener's own scope expanded beyond Orthodox Christianity to encompass a wider spiritual and artistic journey. In 2003's The Veil of the Temple, an all-night choral work Tavener later called "the supreme achievement of my life," he drew upon Muslim, Hindu, Jewish and Native American sources. In this deeply mystical eight-hour piece, Tavener asserted that all these religious traditions were inwardly united and all valid paths to God. In later years, he continued this exploration, as with 2007's The Beautiful Names, a setting of the 99 names of God from the Muslim tradition, sung in Arabic.

Despite Tavener's declining health, four new works were premiered in 2013: his choral pieces Tolstoy's Creed and Three Hymns of George Herbert by the City Choir of Washington at the Washington National Cathedral in April; and two new works at the Manchester International Festival in July, Love Duet from The Play of Krishna and The Death of Ivan Ilyich.

He was often lumped in with the New Agey infatuation with chant. But he hoped his music was more than that, as he told Morning Edition.

"Of course, you can take it cynically," he asserted. "I remember the director of Decca Recordings said to me — I asked him, 'What do you feel about young people buying records of chants and all the rest of it?' And he gave the cynical answer, which I, in a way, would have expected of him. He said, 'Well, I think, you know, they just like to relax into it.' I don't think that's true; I have a sense of hope about the way in which the new generation is going. I don't think they have the cynicism of my generation."

Tavener once said there are plenty of artists who can show the way to hell. He wanted music to lead us instead to paradise.

He is survived by Maryanna, his wife of 22 years, and their three children, Theodora, Sofia and Orlando.