Accessibility links
Act Like You Know: Benjamin Britten : Deceptive Cadence Britain's artistic idol would be 100 this Friday. We've got your cheat sheet to his music and life. 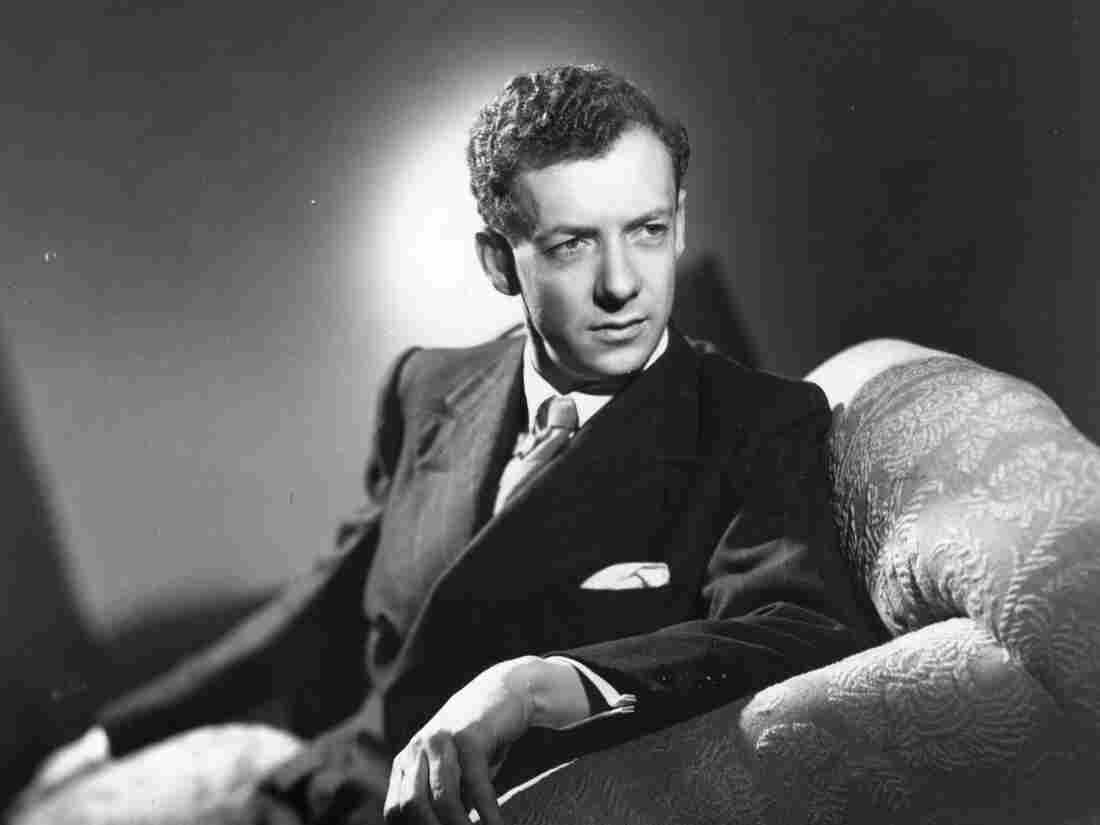 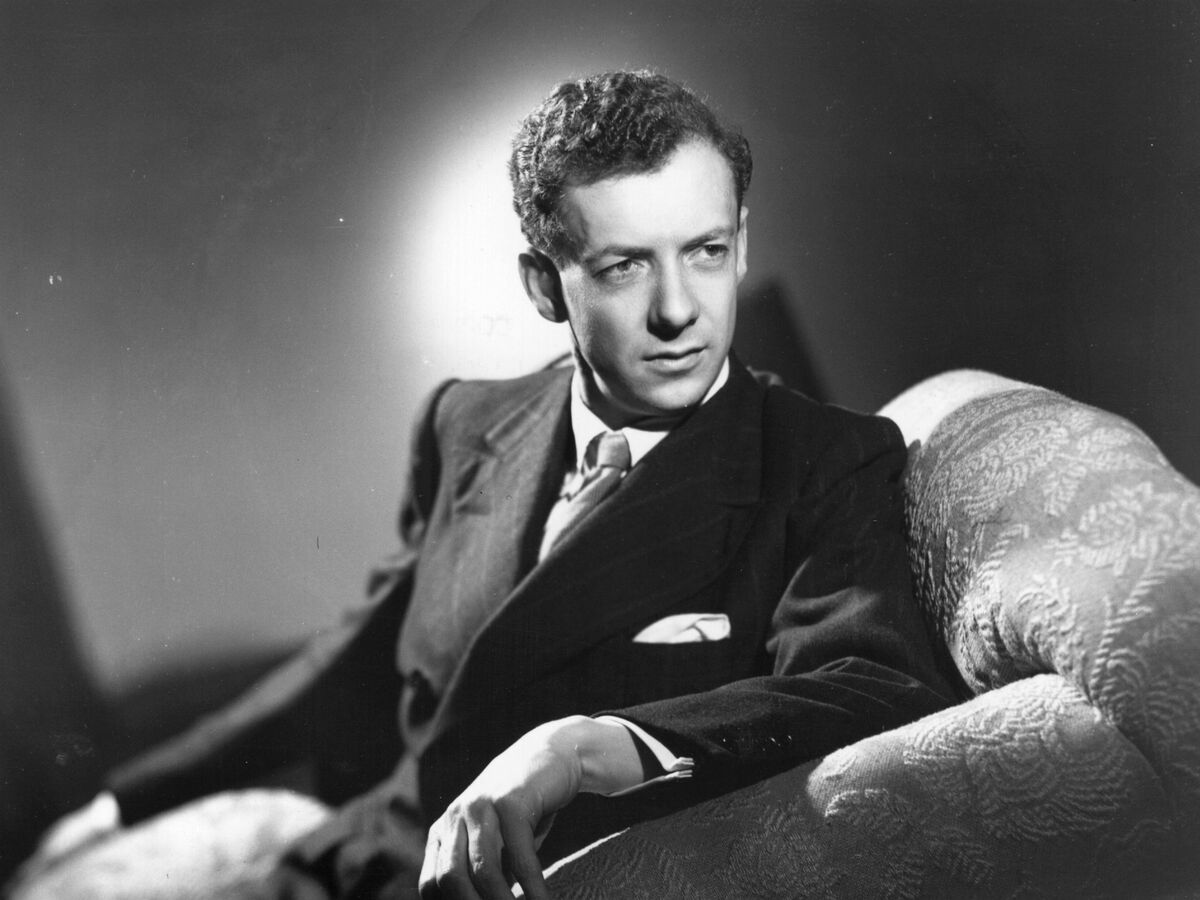 A portrait of the composer Benjamin Britten from 1948.

British composer Benjamin Britten was born 100 years ago this Friday, Nov. 22. Before you ask "Benja-who?" consider this: Did you see Wes Anderson's film Moonrise Kingdom last summer, or Pedro Almodovar's Talk to Her back a decade or so ago? (Well, maybe you have to be an art-house denizen for those. But Moonrise Kingdom was more or less built around Britten's music.) Then you've already heard his music. Or, when you were a child, did your teachers or parents ever put The Young Person's Guide to the Orchestra on the old hi-fi for your listening pleasure? Bam! You've already heard Britten.

Britten Goes Back To Brooklyn With Nicholas Phan

But let's take a step back before we examine bits and pieces from his amazing output, and look at what he achieved over his lifetime. Britten, who died in 1976, was a gifted composer by any measure, but also an openly gay man in a time and place where homosexuality was illegal, and an avowed conscientious objector in the midst of the ravages and brutality of World War II. And it's fitting that his last name is a homonym for his nation: Pretty much single-handedly, he made it OK for English composers to write operas in (gasp!) English, writing about...English things. As he said in an address to the Aspen Festival in Colorado in 1964:

I like giving concerts, and in the last years we have traveled as far as Vancouver and Tokyo, Moscow and Java; I like making new friends, meeting new audiences, hearing new music. But I belong at home — there — in Aldeburgh [England]. I have tried to bring music to it in the shape of our local Festival; and all the music I write comes from it. I believe in roots, in associations, in backgrounds, in personal relationships."

(And Americans, take heart: he went on in the same speech to say that he reached this conclusion in 1941 — on a visit to California.)

So in honor of this artist for whom Britain's Royal Mint has just created a new 50-pence coin, we offer you this pocket guide to Britten and his music. With it, you'll be ready to take on any Anglophiles or teams of tenors that you may encounter by Friday — which, not coincidentally, is also the feast day of St. Cecilia, the patron saint of music. And if on the off chance you're really, really ready to make a commitment to Britten: Decca has issued a stunning collection of the complete Britten — a 65-CD set, featuring recordings spanning 20 labels — that will keep you very busy until at least his 101st anniversary. 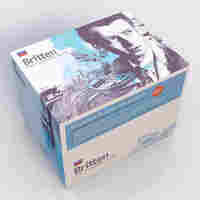 Benjamin Britten spent some time living as a Brooklyn boho. With war clouds gathering over Europe and looking for a change in scenery and personal circumstances, Britten and his partner, tenor Peter Pears, left England in 1939. After a brief visit to Canada, the two visited Aaron Copland (who was living in Woodstock at the time) and other friends near New York, moved into the group "February House" at 7 Middaugh Street in Brooklyn Heights — since torn down to make way for the Brooklyn-Queens Expressway. February House's cast of revolving residents also included poet W.H. Auden, novelist Carson McCullers, composer and writer Paul Bowles and burlesque dancer Gypsy Rose Lee. Britten and Pears left in 1941, apparently unhappy with the general debauchery of the household. But while in Brooklyn, Britten wrote some great music, including his only violin concerto, which was premiered by the New York Philharmonic and Spanish soloist Antonio Brosa in March 1940. It's a brash and brilliantly colored work that unfortunately doesn't get performed nearly as much as it should. Here, it's played by violinist Mark Lubotsky, with Britten conducting the English Chamber Orchestra.

Even though Britten wrote incredible music for large-scale forces, some of his most beautiful and moving music was written on a much smaller scale. Take, for example, his Serenade for Tenor, Horn and Strings, from 1943. Written at the request of French horn legend Dennis Brain (a Briton who died in a tragic car accident at age 36, in 1956), the Serenade is a setting of six poems revolving around the idea of nighttime in all of its mystery, scored for French horn (Brain), tenor (Pears) and strings. The second movement, a Nocturne with a text by Alfred, Lord Tennyson, is utter perfection in both its textural shimmer and its poetic wistfulness. This performance features Pears and hornist Barry Tuckwell with the composer leading the strings of the London Symphony Orchestra.

The Young Person's Guide To The Orchestra: Theme

Ever hear The Young People's Guide to the Orchestra? Alternately called Variations and Fugue on a Theme of Henry Purcell, it's a score Britten wrote for a 1945 educational film for children that was shown to students all over Britain in the post-war years — check out conductor Malcom Sargeant's vocal flourish in pronouncing "scrrrrrraping" at 1:56 on the original film. Britten's score is genius: He uses a simple melody from the British Baroque composer to build 13 variations that follow the theme. Each section highlights the colors, textures and possibilities of different instruments in the orchestra, from bassoons to harp to the percussion and beyond, before bringing them all back together into a brilliant and darting fugue. And pop culture points if you picked up on Wes Anderson's use of The Young Person's Guide in his film "Moonrise Kingdom" — a movie dominated by another Britten work, his children's opera Noye's Fludde.

The ultimate must-hear work by Benjamin Britten might be his opera Peter Grimes. His 1945 tale of a surly and alienated fisherman whose apprentices keep dying mysteriously only did it break down the doors for an English-speaking composer to write truly great opera in his own language, thereby breaking free of continental Europe's stranglehold on the form. It is also a riveting psychological drama that delves into the darkest psychological spaces of both the individual — the weird outsider Grimes — and the collective, mob-driven psyche of the gossipy town in which he lives. Forget opera: This is one of the great modern works for stage, period. Britten was just 32 years old when he wrote Grimes — and its premiere riveted London just a month after V-E day. The role of Grimes was written for Pears, whom we hear on this recording with Britten and the orchestra and chorus of Covent Garden.

Britten's 1961 War Requiem was written for the reconvocation of England's Coventry Cathedral, which was destroyed by a Nazi bombing in 1941. There are many incredibly poignant moments in this epically scaled work, in which the steadfastly anti-war Britten intersperses lines by British poet Wilfred Owen (who was killed in action himself) with the traditional sections of a Requiem Mass. Britten also layered the work with other kinds of symbolism: on this recording we hear the three soloists Britten had in mind when he wrote this piece — and who, to Britten's mind, represented the much-needed healing of Europe: Russian soprano (and wife of cellist Mstislav Rostropovich) Galina Vishnevskaya, the British tenor Pears and German baritone Dietrich Fischer-Dieskau.

But inasmuch as he creates the lyrical, Britten also frequently turns the dial to 11, especially during the blazing and really harrowing "Dies Irae."