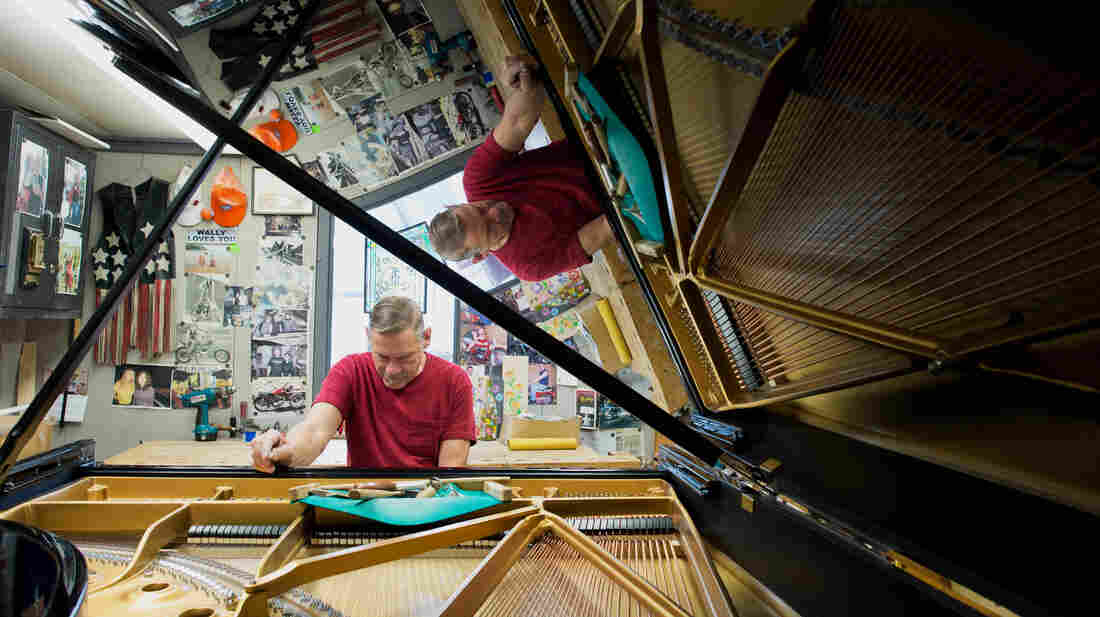 Some Steinway company representatives and employees — like Wally Boot, pictured here — have been working for the company for decades. Boot is the last person to touch every piano that leaves the factory in Queens, N.Y. Craig Warga/Bloomberg/Getty hide caption 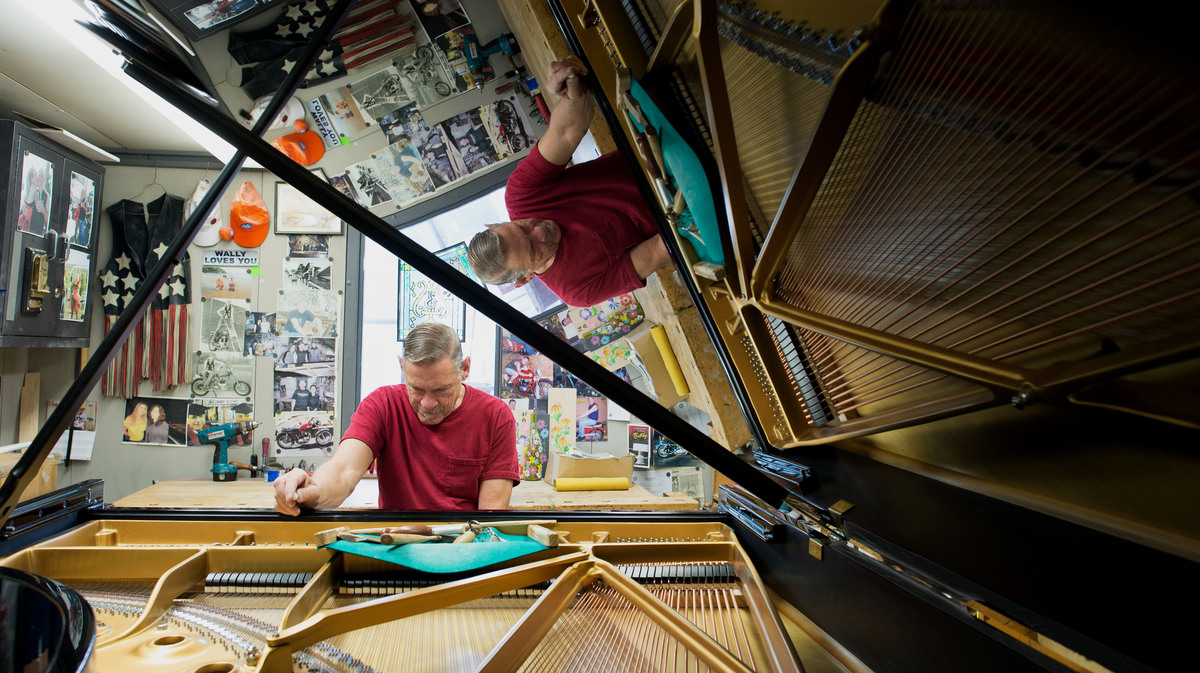 Some Steinway company representatives and employees — like Wally Boot, pictured here — have been working for the company for decades. Boot is the last person to touch every piano that leaves the factory in Queens, N.Y.

For 160 years, the pianos made by Steinway & Sons have been considered the finest in the world. So when hedge fund billionaire John Paulson recently bought the company, it struck fear in the hearts of musicians: Would the famously handcrafted pianos be changed, for the sake of efficiency? Paulson, who owns several Steinways himself, says nothing will change.

Great pianists need great pianos. Vladimir Horowitz, the famous Russian pianist, used to travel with his own personal Steinway when he concertized around the world.

Most concert halls and conservatories in America own Steinways, and pianists from Lang Lang to Harry Connick, Jr. to Billy Joel are Steinway artists.

This fall, Russian pianist Kirill Gerstein was in New York City, set to appear with the New York Philharmonic. He sat at the keyboard of a Steinway D, a 9-foot concert grand, at Steinway Hall, the company's lavish showroom in Manhattan.

"I think generations of pianists' muscular-nervous systems have been shaped by how the action feels and how the action and the sound merge into this playing experience," Gerstein says. "And for the listeners, it's this experience of listening to the Steinway sound that has really cultivated what we think piano sound is."

Gerstein attributes the steadfast authenticity of the instrument to a unique production process.

"I think it's this combination of technical ingenuity and handcraftsmanship, because a large percentage of work is still done by hand and by people that have been selecting wood for the sound boards their entire lives," Gerstein says. "And this results in this unique half-machine, half-living musical instrument."

Since 1871, Steinway pianos have been built in a factory complex in Astoria, Queens, on Steinway Place, one block from Steinway Street. Back in the 19th century, the area was actually known as Steinway Village — it had housing for the workers, a post office and one of the first kindergartens in America. The company was founded by a German immigrant, Henry Engelhard Steinway, in 1853, when New York had dozens of piano manufacturers. Robert Berger, Steinway's director of customer satisfaction, says that even then, the company was intent on setting a precedent.

And those pianos were built to last. As other piano companies dropped by the wayside, Berger says in the late 19th and early 20th centuries, Steinway made sure people all over America remembered its name.

"A company like Steinway was very important in bringing music to the expanding country," Berger says. "They would sponsor artists and send them with our pianos out to the West, to emerging towns."

Today, a workforce of 300 craftsmen and women turns out about 1,500 pianos a year in the Astoria factory. It takes 11 months to build a Steinway grand, which features 12,000 separate parts. The factory is a beehive of activity. In one area, thin laminates of wood are glued together and put in a press, to create the distinctive form of a grand piano. In another area, so-called belly men, put the sound boards into the case. A cast iron plate is added, strings are added, the action — the hammers which hit the strings — is added. Pianos are tuned; five times, in all. Twice during this process, pianos are taken to a pounding room where a machine bangs on all 88 keys at once.

Mark Dylan, a 33-year veteran and head of the tone regulation department, says this is how a new piano gets "played in."

"The sound and tone of the piano will open up and get richer," Dylan says. "That allows us to get away from a hardening process, where we'll put lacquer to harden the felts. This is more of a natural process, by trying to do it this way."

A whole other area of the factory is devoted to restoring vintage Steinways. Third-generation Steinway employee Bill Youse, who has been with the company for 40 years, runs the department. He says the pianos are excellent because generations of workers have all been dedicated to the same goal.

"Aside from some of the materials, like the glues and things which have improved throughout the years, the piano is very, very much the same piano that you would've gotten back in the late 1800s," Youse says.

One of Youse's co-workers, Wally Boot, has been with Steinway for more than half a century.

"I'm the last one to touch the piano before it leaves the factory," Boot says. "I'm the final tone inspector. I've been here 51 years, and my job is to listen to the piano and makes sure that it sounds even and that everything works."

And few things work like a Steinway. Boot, who grew up two blocks from the factory, says every piano has its own personality.

"If it were a bright piano, it'd be like a jazz piano; if it's a mellow piano, it's more for the house, or for chamber music," Boot says.

This level of care and craftsmanship helps explain why a new Steinway piano can cost anywhere from $55,000 to $145,000, depending on the model. Berger says these pianos often become a treasured family heirloom, passed from generation to generation.

"A new owner will say something to the effect of, 'It has been a lifelong dream of mine to own a Steinway piano.' Or, 'I have saved for years in order to buy this piano, and I have finally realized my dream.'"

And Steinway's new owner says that handmade dream will continue for years to come.