Accessibility links
As The Year Closes, A Concert Hall Remains Empty : Deceptive Cadence By the time 2013 ends, the Minnesota Orchestra will not have played a single note in its own concert hall due to a labor dispute between musicians and management. It's an emblem of the problems facing non-profit arts institutions around the country. 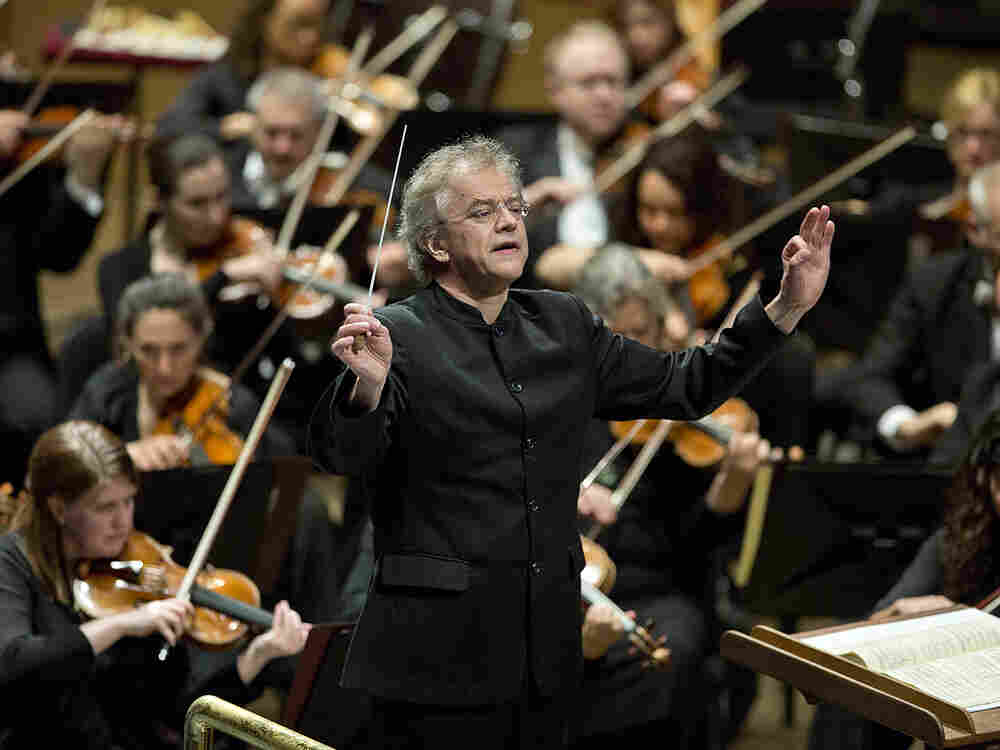 Because of a bitter labor dispute, the Minnesota Orchestra has not played a single performance in its concert hall this year. The orchestra's music director, Osmo Vanska (pictured here), resigned in October. Greg Helgeson/Minnesota Orchestra hide caption 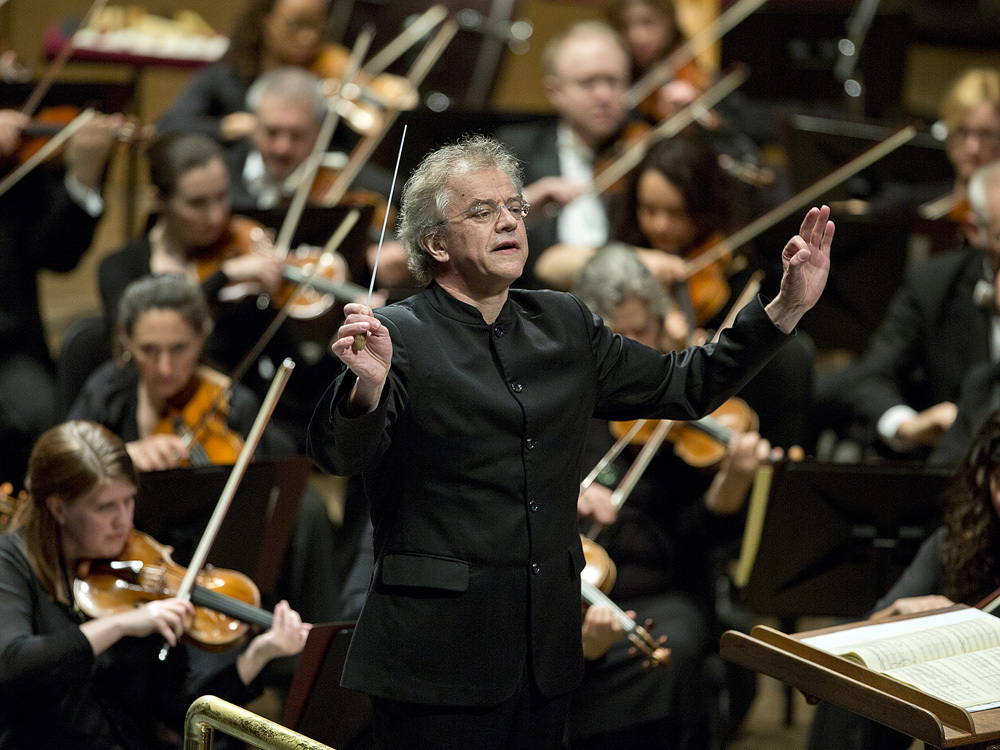 Because of a bitter labor dispute, the Minnesota Orchestra has not played a single performance in its concert hall this year. The orchestra's music director, Osmo Vanska (pictured here), resigned in October.

Three hundred sixty-five. That's the number of days the Minnesota Orchestra will have gone without playing in its concert hall in 2013. The orchestra became the unwitting poster child for labor strife in the classical music world — and, to some extent, an emblem of the problems facing non-profit arts institutions across the country.

In October, conductor Osmo Vänskä led the locked-out musicians one last time, just days after he'd resigned as music director because of the conflict. For his final encore, Vänskä chose the Valse triste by Sibelius, and asked the audience to withhold applause at the end of the piece.

Many in the audience stood sobbing as Vänskä walked off the stage in silence.

Gary Hanson, executive director of the Cleveland Orchestra, says the root of the Minnesota conflict lies in a challenge facing all major orchestras.

The music has to be world-class, but so does the fundraising, the ticket sales and everything else behind the scenes. That was happening in Minnesota — but then came the economic downturn in 2008, a year after the musicians received a hefty pay raise. They gave some of it back, but management says it has to cut salaries even more. Musicians say top players will leave, and some already have, threatening the very artistic quality they need to attract audiences and funders. This kind of problem, Hanson says, could strike anywhere at any time.

"Any orchestra could slide off the road into the ditch the way Minnesota has done," he says.

While some foundations have shifted support from arts to social causes, ticket sales are also down in part because of web-based entertainment. This transition has led to a string of crises at orchestras across the country, from Indianapolis to Chicago to Colorado.

Yet there is optimism, even in a city that's facing bankruptcy. Anne Parsons, president and CEO of Detroit Symphony Orchestra, acknowledges that her organization experienced a bruising six-month strike just a couple of years ago.

"We balanced our budget for the first time since 2007, and that was no small feat," Parsons says.

Any orchestra could slide off the road into the ditch the way Minnesota has done.

Now, the DSO has a 10-year plan to raise $30 million a year. Parsons says accessibility is crucial, with concerts outside of the orchestra hall in surrounding neighborhoods and online. Last year, 300,000 people watched free DSO webcasts.

"That's how people entertain themselves," Parsons says. "All kinds of things are happening there, and if you want to be relevant, you need to be there. You need to be on that platform, in that digital space."

Audience growth is vital for major orchestras. The Baltimore Symphony Orchestra has launched a successful series of concerts in the Washington, D.C., suburbs, while the Cleveland Orchestra has a popular annual residency in Miami.

The Saint Paul Chamber Orchestra began playing concerts in the community a decade ago. It also cut ticket prices, which led to a 30 percent increase in attendance. Bruce Coppock, president of SPCO, designed Cleveland's Miami residency. He says Saint Paul now offers a package like a museum membership.

"If you pay your $5 a month, you can come to any SPCO concert, as long as there's a ticket available," Coppock says. "It's a radical idea and raised a lot of eyebrows, but it's been enormously successful."

The SPCO went through its own lockout this past year, resulting in salary cuts for musicians. A third of the 32-member orchestra took early retirement.

But now, Coppock says, musicians and management are working together. In fact, one of them — principal second violin Kyu-Young Kim — is now in management. He's senior director of artistic planning while still playing in the orchestra. Coppock says this kind of personal investment leads to a richer musical experience.

"Musicians who are engaged in the life and long-term health of their organizations — their employer, if you will — will play better concerts, there is no question in my mind," he says.

According to Jerry Kern, co-chair of the Colorado Symphony, something similar is happening within his own orchestra's board. Two years ago, Colorado faced financial collapse and a majority of the board of trustees quit. That change led to a new organizational dynamic.

But in Minneapolis, musicians and management are not talking. The locked-out players of the Minnesota Orchestra recently announced a 10-concert spring season, including appearances by Itzhak Perlman and Joshua Bell. So far, no new negotiations have been scheduled.