Accessibility links
The 'Ode To Joy' As A Call To Action : Deceptive Cadence Melissa Block talks with Kerry Candaele, director of the documentary Following the Ninth. The film explores how Beethoven's Ninth Symphony continues to "offer hope in an unhappy world." 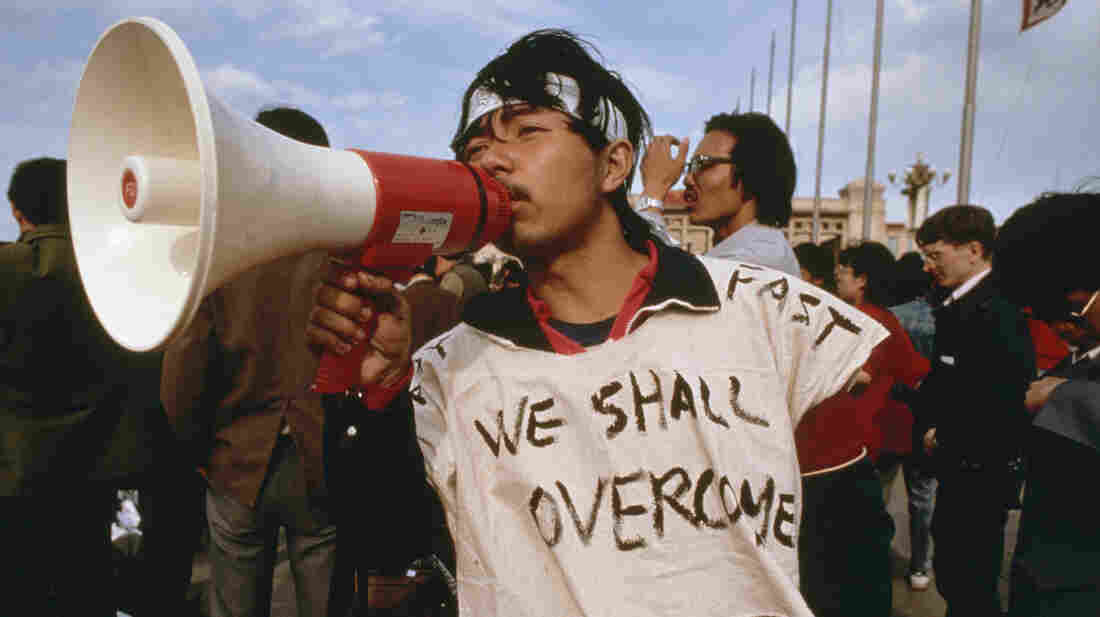 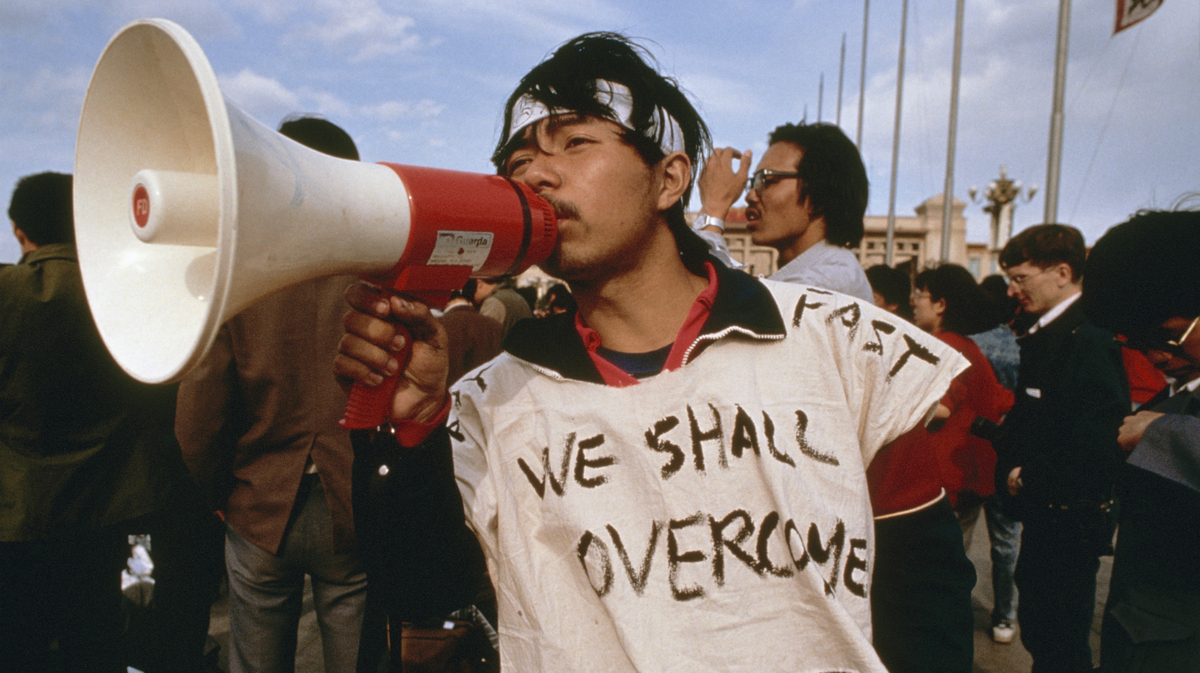 A Chinese student at the 1989 Tiananmen Square protests, where speakers playing Beethoven's Ninth Symphony were rigged up to drown out government broadcasts.

Kerry Candaele says he remembers exactly where he was when he first heard Beethoven's Ninth Symphony. He was in his 20s at the time, in the 1970s, driving up the California coast in a car he'd borrowed from a friend. He popped in a cassette he found, and what he heard both shocked him and transported him.

Now, Candaele has turned his obsession with Beethoven's Ninth into a documentary film: Following the Ninth: In the Footsteps of Beethoven's Final Symphony. He follows the Ninth around the world, to Chile and China, where it became an empowering anthem of solidarity, and to Japan, where performances of daiku — the Great Nine — are a cherished annual tradition.

"The Japanese identified with Beethoven," Candaele says. "You know, the quintessential romantic figure of Beethoven as this man who is tortured and struggles and overcomes and finally reaches this pinnacle of artistic creation with the Ninth Symphony — his final symphony — three years before he dies. "It became this yearly event where sometimes 5,000 people, sometimes 10,000 people, who have practiced singing in German for six months, stand together in December and sing the 'Ode to Joy.'"

Candaele, who also co-wrote a book on the topic with Greg Mitchell, recently spoke with NPR's Melissa Block about the winding journey of Beethoven's Ninth. Candaele recounts the Ninth's history — from its use by Tiananmen Square protesters to drown out government broadcasts to its appropriation by the Third Reich as a triumphalist German anthem — as well as his own thoughts on Beethoven's intentions for the music. Hear more of their conversation at the audio link.