Accessibility links
Update: 'I Have Begun To Hear A Little Again' : Deceptive Cadence In the run-up to the Sochi Olympics, a sudden revelation: A very popular Japanese composer, Mamoru Samuragochi, announced that he doesn't write his music. And that's not all: he also admitted that he isn't as deaf as he previously claimed.

Update: 'I Have Begun To Hear A Little Again'

Update: 'I Have Begun To Hear A Little Again' 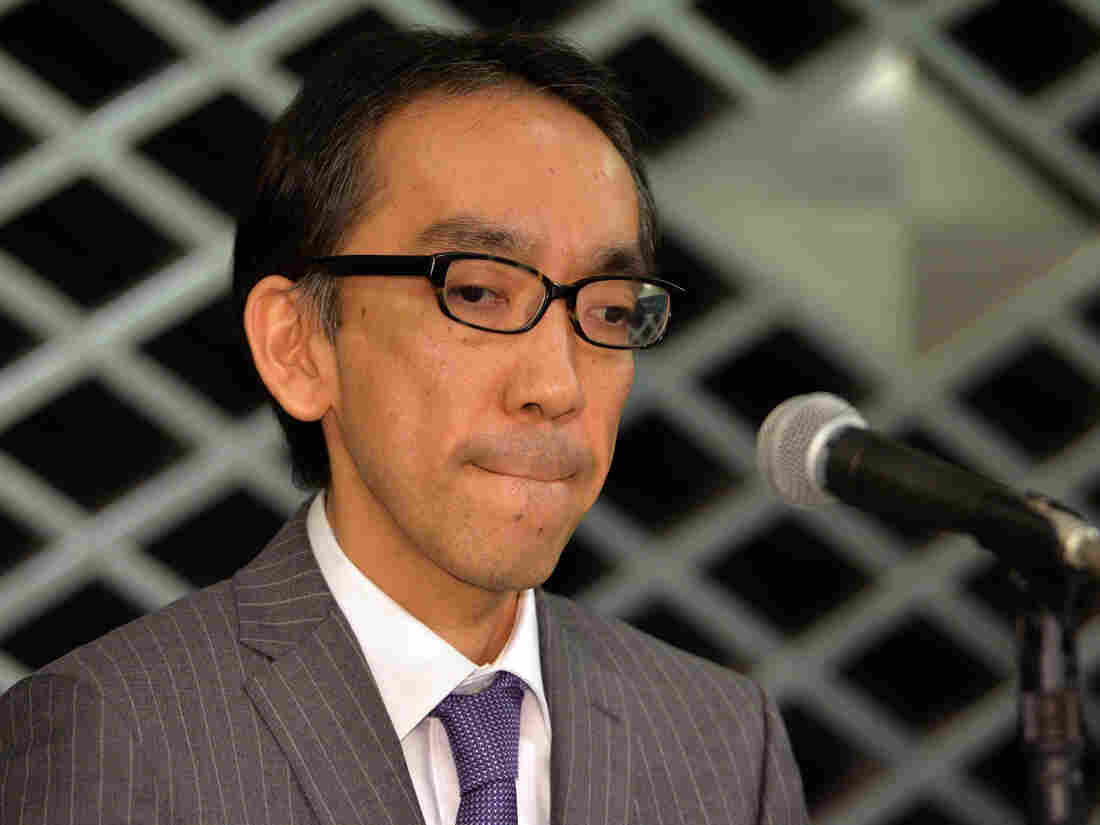 Update, Feb. 12: Reuters reports that in a handwritten apology sent to media in Japan today, disgraced Japanese composer Mamoru Samuragochi admitted that he is not as deaf as he previously stated, claiming: "The truth is that recently I have begun to hear a little again." Samuragochi now says that he has regained some hearing in the past three years, and can follow conversations in certain very specific conditions.

Original post, Feb. 6: It was a perfect success story: A composer overcomes his deafness to become a widely beloved cultural icon. No, we're not talking about Beethoven. This was the story arc for 50-year-old Mamoru Samuragochi, one of Japan's most popular contemporary composers, whose music became a best-selling album and is heard in the video games Resident Evil and Onimusha. 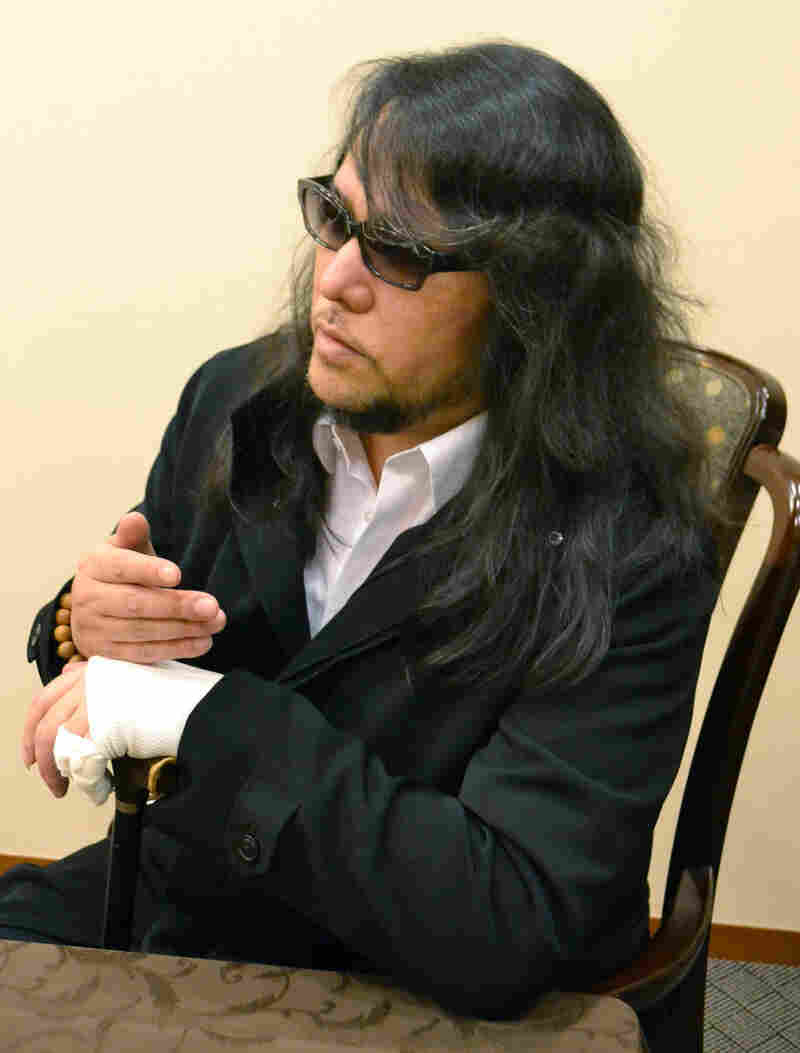 A December 2013 photo of Japanese composer Mamoru Samuragochi, who confessed Wednesday that he did not write the music that made him famous. JiJi Press/AFP/Getty Images hide caption

Not only has Samuragochi, who says he has been almost completely deaf since age 35 because of a degenerative illness, enjoyed having concert music attributed to him heard around the world, but Japanese Olympic figure skater Daisuke Takahashi is also scheduled to use the Samuragochi-credited Sonatina for Violin in his short program in Sochi later this month.

It was the Olympic visibility that triggered an astonishing revelation Wednesday: Samuragochi suddenly announced that not only had he not written the Sonatina, but most of his music written in the past two decades was composed by someone else. Thursday, a 43-year-old composer in Tokyo named Takashi Niigaki stepped forward to say that he has been Samuragochi's ghostwriter since 1996. A composer also named Takashi Niigaki is credited as composer-in-residence for the celebrated Bach Collegium Japan and its Ensemble Genesis, though NPR has not yet been able to confirm that it is the same individual.

Adding to the general confusion were allegations of another fraud that Niigaki put forward during a 90-minute press conference he held in Tokyo Thursday: that maybe Samuragochi isn't deaf, either. Niigaki — who says he has been paid about 7 million yen (roughly $69,000) to write for Samuragochi — says that he has had regular conversations with Samuragochi, in which the other man listened to and commented upon his work, and said in the press conference that the purported deafness was "an act that he was performing to the outside world." Samuragochi's lawyers say, however, that they believe that he is indeed deaf.

Over the past two decades, Samuragochi had become a major human-interest story at home and abroad. In a 2001 Time magazine profile that trumped him as a "digital-age Beethoven," he was quoted as saying that his deafness had proved a "gift from God."

Niigaki said at his press conference that he had wanted to come clean earlier, but that Samuragochi threatened to commit suicide if he did so.

In the meantime, Samuragochi found commercial and critical success. His Symphony No. 1, "Hiroshima" became a best-selling album in Japan, and in 2013, the Japanese public broadcaster NHK aired a documentary about him called Melody of the Soul, in which he was shown meeting with survivors and relatives of people who perished in the 2011 tsunami. The "Hiroshima" piece in particular had become a pop culture touchstone during Japan's rebuilding efforts.

Samuragochi is signed to the Japanese label Nippon Columbia, which operates internationally as the Savoy Label Group. (Disclaimer: My husband, Joshua Sherman, was vice president of sales for SLG in the U.S. and directed A&R for Savoy Jazz/SLG until 2010.) After the revelations, Nippon Columbia released an initial statement saying that it was "surprised and extremely angry." Update: Nippon Columbia has since stopped distribution of Samuragochi's CDs, DVDs and downloads, and his publisher, Tokyo Hustle, has canceled the scheduled release of three more scores and retracted permissions for its existing "Samuragochi" catalog, saying that the copyright owner is "unknown."

The mayor of Hiroshima, Kazumi Matsui, has said that the city will have to retract the citizen's award it had given Samuragochi in 2008.

Although Samuragochi wasn't well-known in the U.S., music attributed to him did get performed by American ensembles, including this 2013 performance of Requiem Hiroshima by the acclaimed Young People's Chorus of New York City, directed by Francisco J. Núñez: