Accessibility links
Seen The 'Brokeback Mountain' Movie? Now Watch The Opera : Deceptive Cadence The opera, by Pulitzer Prize-winning composer Charles Wuorinen, is streaming for free for the next 90 days. Its libretto is by Annie Proulx, who wrote the original short story. 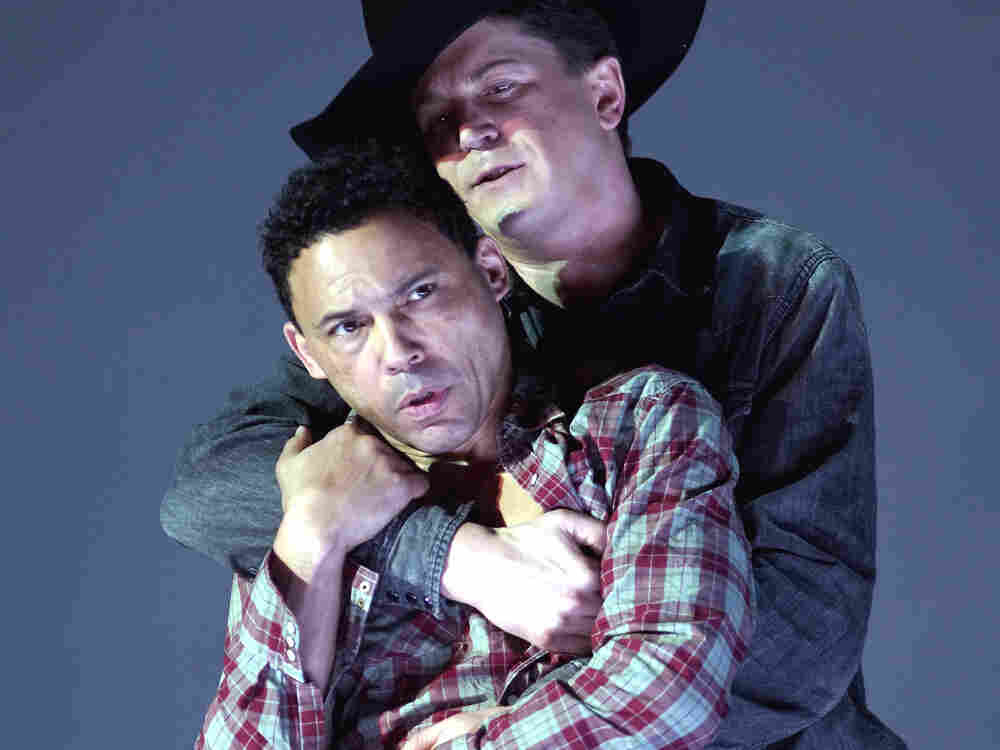 Cowboys In Love: 'Brokeback Mountain' Saddles Up For Opera

But the tale of star-crossed sheepherders who fall in love on a rugged Wyoming mountain originated long before the film, as a tightly focused short story by Annie Proulx that was published in the New Yorker in 1997.

Now Proulx and Pulitzer-winning composer Charles Wuorinen have brought Brokeback Mountain to the operatic stage. The entire production from Madrid's Teatro Real is being offered for free video streaming at Medici TV, beginning Friday at 2 p.m. ET. It will remain available for 90 days.

In an interview with NPR's Morning Edition, Proulx, celebrated for her colorfully succinct style of writing, said she relished the chance to craft her first opera libretto and the opportunity to expand on her protagonists a little. Wuorinen said he saw the operatic potential in the story after seeing the film: "It's a contemporary version of a universal human problem. Two people that are in love, who can't make it work and it ends badly."