Accessibility links
Sex, Drugs And Wandering Batons : Deceptive Cadence A new TV pilot (Mozart in the Jungle) and released film (Grand Piano) attempt to pull the curtain back on the inner and outer lives of classical musicians. But maybe the most important achievement in both cases is to show that these players actually have lives offstage. 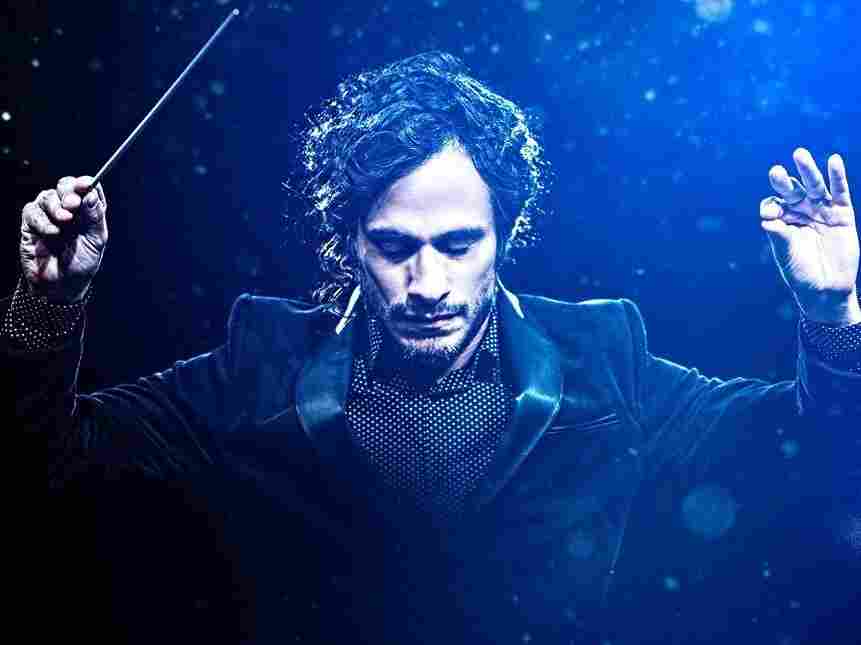 Gael Garcia Bernal stars in the pilot of Mozart in the Jungle as a hyper-charming young conductor on the rise. Courtesy of Amazon hide caption 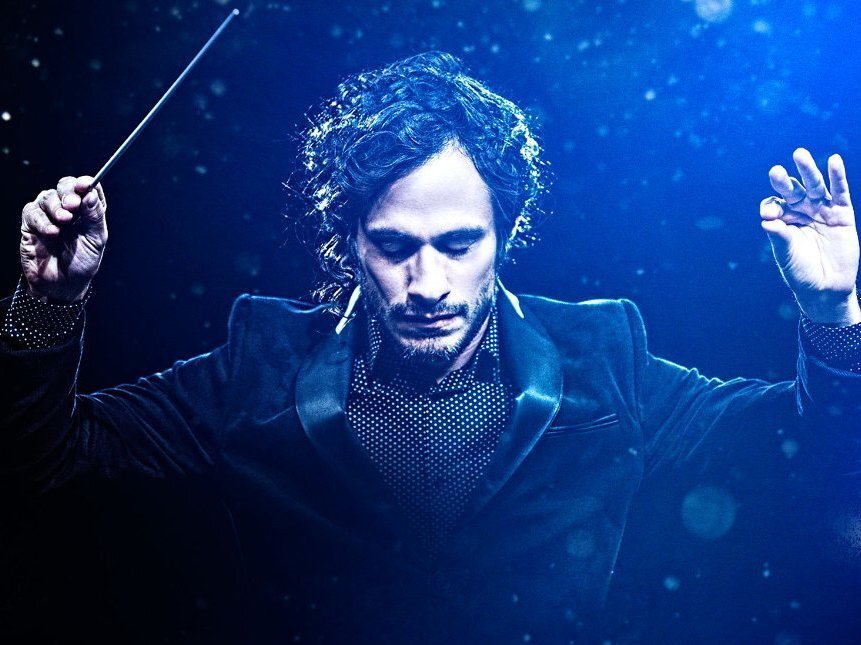 Gael Garcia Bernal stars in the pilot of Mozart in the Jungle as a hyper-charming young conductor on the rise.

Among the eight TV pilots Amazon has just put up online — which they will whittle down to two series based on viewer feedback — is a pop-culture oddball called Mozart in the Jungle. Created by Roman Coppola, Jason Schwartzman and Alex Timbers and with a cast including Gael Garcia Bernal, Malcolm McDowell, Bernadette Peters and Lola Kirke as an ingenue oboist named Hailey just starting to make her way in the big, bad city, it breathlessly promises to reveal that "what happens behind the curtains at the symphony can be just as captivating as what happens on stage."

As a friend of mine said when I explained the setup of Mozart in the Jungle, "Oh! It's like Smash for classical music." (Well, hopefully not so much of a hot mess as Smash was, we agreed.) But that's the general idea: to go behind the concert hall curtain and discover the licentiousness of this sheltered world, as well as a bunch of soapy power plays and romantic intrigues.

Mozart in the Jungle is based on a memoir of the same name that was subtitled "Sex, Drugs And Classical Music." It was published in 2005 by oboist Blair Tindall, who played in the New York Philharmonic and the San Francisco Symphony back in the 1980s. I haven't gone back to reread the book since it first came out, but if I remember correctly, the main thrust of her writing seemed to provoke a lot of giggling and pearl-clutching in equal measure: Can you believe that musicians who spend their days and nights playing things written hundreds of years ago while wearing penguin suits actually do stuff like sleep around and take drugs?

What Amazon's version of Mozart in the Jungle does accomplish, however — and what no show has even tried since, I kid you not, a failed 1974 CBS series about a Boston Symphony bassist called Paul Sand in Friends and Lovers — is to portray classical musicians, ascendant and established alike, as living full and complicated lives offstage.

There are a lot of elements here that those in the know will sniff at. Gael Garcia Bernal, playing a hot young Latin conductor named Rodrigo (and who may or may not be tweaking Gustavo Dudamel), cannot wield a baton to save his life. Details don't make sense. A staff orchestral player would never run to fill in a Broadway pit seat at 10:30 PM. The way Rodrigo conducts auditions would never happen. And I also don't know any conservatory grads who have gone to extreme lengths to build elaborate drinking games around playing musical excerpts, the way Hailey and her friends do. (Just drinking will suffice, thank you very much.)

Yet attacking such details isn't a terribly helpful exercise. The classical music community has in certain ways boxed itself in, especially through its elaborate stage and audience rituals, its archaisms and the veneer of snobbery that makes concertgoing so forbidding to outsiders. Classical musicians might as well be cloistered monks and nuns.

And because of that perception — silly and wrong as it is — the mere act of showing classical musicians scheming, flirting, partying and having ill-advised love affairs feels nearly subversive. This may sound like pitiful celebration from a tiny slice of the universe starved of any pop culture attention whatsoever, but Mozart in the Jungle's acknowledgement that classical musicians experience the same highs and miseries as, well, anybody else is something of a start.

Arriving pretty much at the same time as Mozart in the Jungle is the new thriller Grand Piano, starring Elijah Wood and John Cusack. It opens next month in theaters, but it's already available on demand and on iTunes.

The film's premise is that a virtuoso pianist, played by Wood, is returning to the stage after one disastrous performance five years earlier. He sees a terrifying message scrawled across his music: "Play one wrong note and you die." (Literally. Die.)

There's a lot you can take issue with in Grand Piano; my co-conspirator on Deceptive Cadence, Tom Huizenga, haaaated it. There's its flimsy structure, a script that loses steam halfway through and Elijah Wood's stiff acting and amateurish piano playing (which, to his credit, he really does do). But here's what rescues this movie. Its central conceit is the kind of stage fright that freezes certain musicians beyond their capacities, and the internal monologue that I'd wager hounds many more. As artificial as Grand Piano is, dealing with that stage fright is just as — and if not more — real than anything that Mozart in the Jungle dishes out.