Accessibility links
Gil Shaham And When The World 'Got Much Smaller, Much Faster' : Deceptive Cadence The star violinist's new multi-year project goes to the heart of a difficult and fascinating era: the 1930s, when dazzle and sorrow commingled musically. 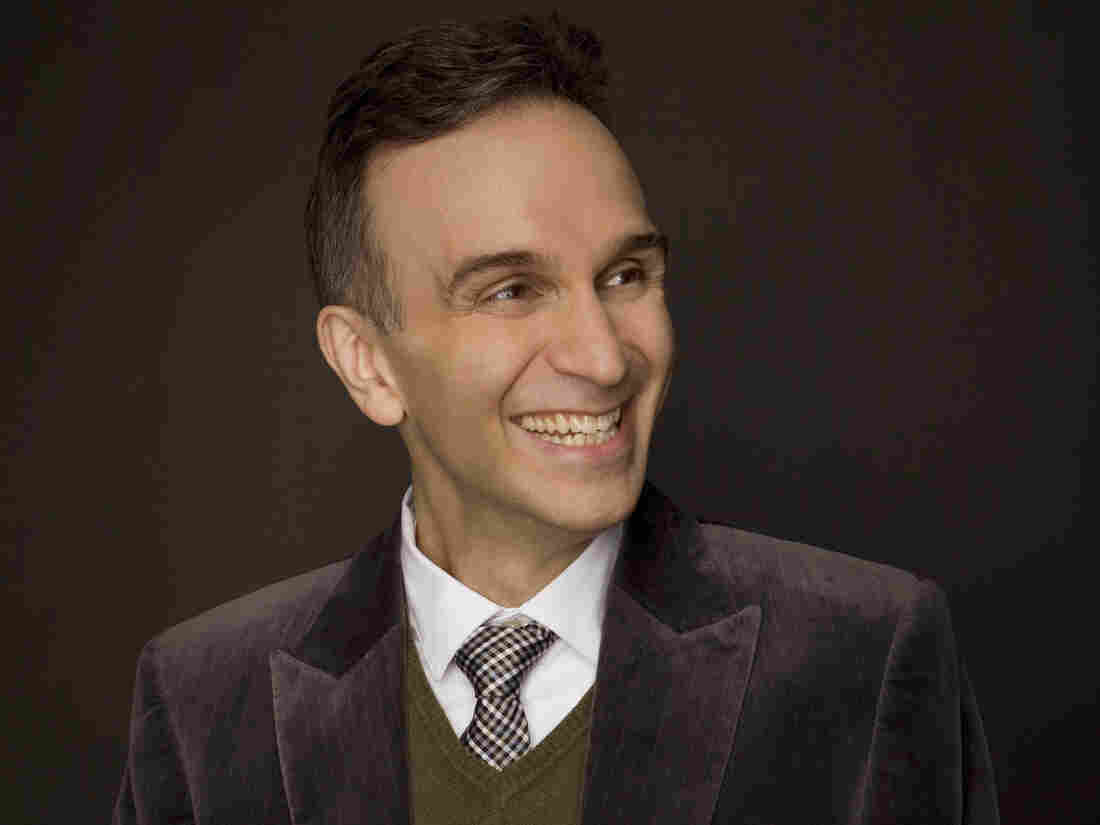 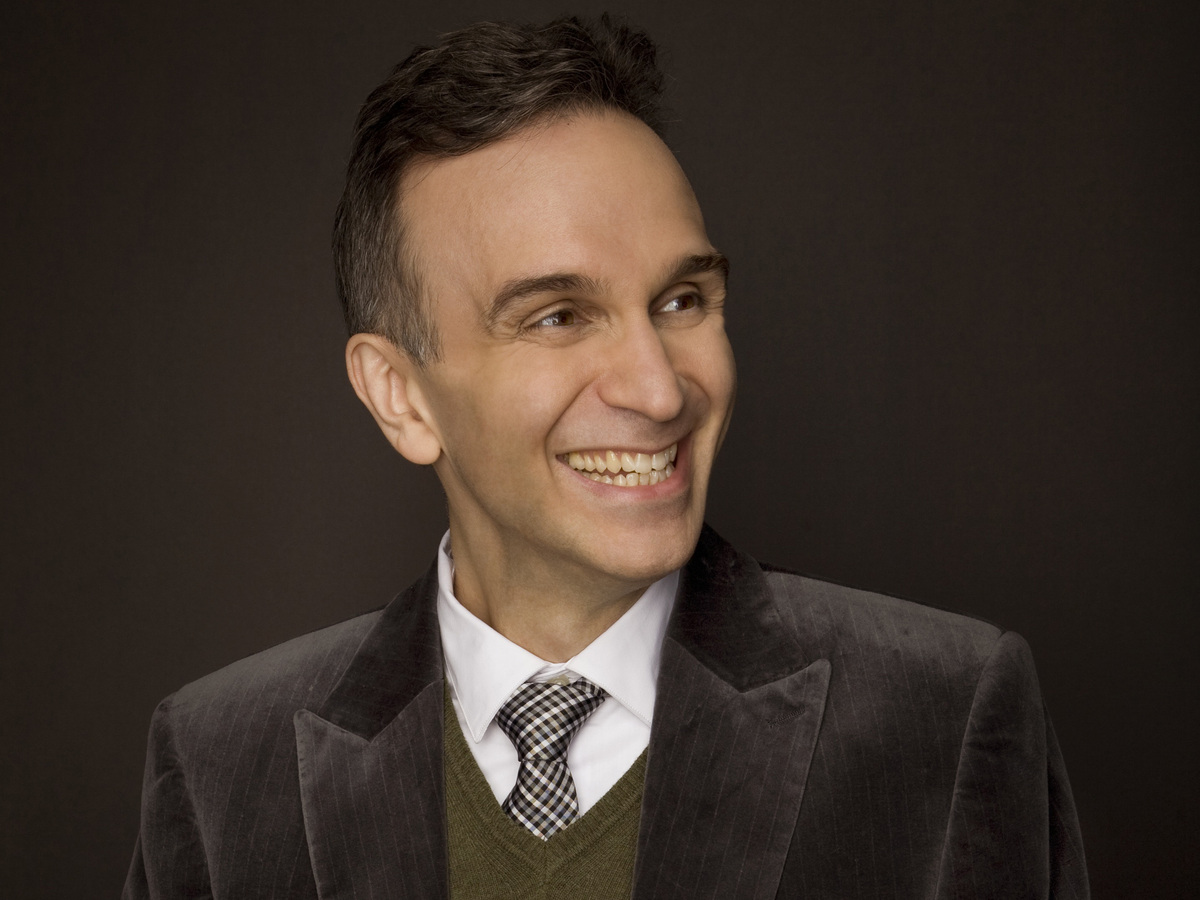 Luke Ratray/Courtesy of the artist

The 1930s were among the most devastating and strife-filled eras in world history. Yet it was a time of spectacular artistic achievements as well, as violinist Gil Shaham explores in a new multi-year recording project. The Israeli-American star soloist talked to All Things Considered host Robert Siegel about the newly issued first volume in this series, which features Shaham playing concertos by Samuel Barber, Alban Berg, Igor Stravinsky, Benjamin Britten and the now little-heard German composer Karl Amadeus Hartmann.

This first volume was recorded over several years with the New York Philharmonic, the Boston Symphony Orchestra, the BBC Symphony Orchestra and the Sejong Soloists with three different conductors: Shaham's brother-in-law David Robertson, Juanjo Mena and Shaham himself.

Shaham tells Robert Siegel that his mission in this four-year project was to capture the myriad flavors of an astonishing decade, in all of the diversity of a single musical form.

"You know, I remember being 12 years old, maybe 13, attending a music festival in Aspen, Colo., and they played this Barber Violin Concerto, and I just heard maybe the first minute, that opening melody, and the way it just sort of spins," the 43-year-old Shaham says. "It's this incredibly beautiful, golden melody and I just thought, 'I have to learn this piece. I want to learn it, and try to play it.'"

"I think music has a way of capturing a time," Shaham says, offering the Barber concerto as an example. "I remember conductor Hugh Wolff talking about this concerto. He talked about the final movement — he said, 'You can see urban America in the 1930s. You can see the skyscrapers, you can see the bustle in the street, and the Jazz Age, and you can hear traffic and car horns.'"

Shaham says that framing this project around a particular decade was, at first, little more than an excuse to play music that he already loved. "But," as he points out, "many people have asked before, 'What was in the air in the 1930s that all these iconic violin concertos were composed at the same time?'"

In contrast to the romanticism of the Barber concerto, Stravinsky once described his own concerto as an attempt to write "in an objective fashion, a music that would have no emotional resonance" — the last part of which description Siegel finds entirely accurate.

Laughing, Shaham objects: "I have to say, if anything, I would call it the most joyous of the collection, or of these first five that we recorded. This was the first concerto, in 1931, that sort of began this trend of writing violin concertos. It's fascinating because Maurice Ravel — when approached to compose for the violin — refused. And he said, 'Why should I write a violin concerto? Mendelssohn already wrote one.' Stravinsky didn't hide the fact that he detested soloists and anything to do with instrumental ... leaders, or stars."

"I think that was pretty much what he would say," Shaham says. "And in this piece, he went back to the Baroque notion of a concerto grosso. It's like a staged play. Maybe the solo violinist is the protagonist, but is one amongst many."

In the course of preparing for this series, Shaham spoke to people versed in other art forms from the same era. "I remember speaking to architects about the 1930s, and they said, 'Look, it was a decade in depression; there was no money for architecture. But you did suddenly have the Empire State Building. You did have the Golden Gate Bridge. And I remember reading sort of a fluffy article — my favorite kind — about the hundred greatest movies ever made. And I'm paraphrasing, but roughly it said something like 'Experts agree: the greatest year in Hollywood history was 1939, producing such iconic pictures as The Wizard of Oz and Gone with the Wind. And if you think about others like King Kong, I mean there were really many icons during that time — Picasso's Guernica."

"It was a fascinating time, and for musicians especially, because there was this explosion of different styles, different techniques. The world got much smaller, much quicker. And for some reason, composers chose to write concertos for my instrument, concertos that put people like me in front of a symphony orchestra," Shaham concludes.

The violinist says that the preoccupations of war also come into musical play during this era. "We were just speaking about Guernica, that painting of Picasso's," says Shaham, "and I thought of the Britten Violin Concerto, those ominous war of drumbeats in the bass, the shrieking woman from the top of [Picasso's] painting."

Britten is said to have been inspired to write this piece of music by the atrocity of the historical event of Guernica, which, as Siegel observes, was one of the first instances of air power being used to hit civilians.

"And Benjamin Britten reportedly wanted to enlist, to join the Royal Armed Forces," Shaham recounts. "And it was a conversation [that Britten had] with composer Aaron Copland. I think Copland said, 'Many men can fire rifles. But how many men can write music like you?' And you know, times of adversity have a way of forcing issues: What is the role of composer in society? And so Benjamin Britten, who was a young man at the time, wrote this violin concerto."