Accessibility links
Coming Soon To Colorado: Wolfgang And Weed : Deceptive Cadence The days of covertly toking before hearing Mozart are coming to an end in Denver. The Colorado Symphony has a new Classically Cannabis series, which is exactly what it says it is. 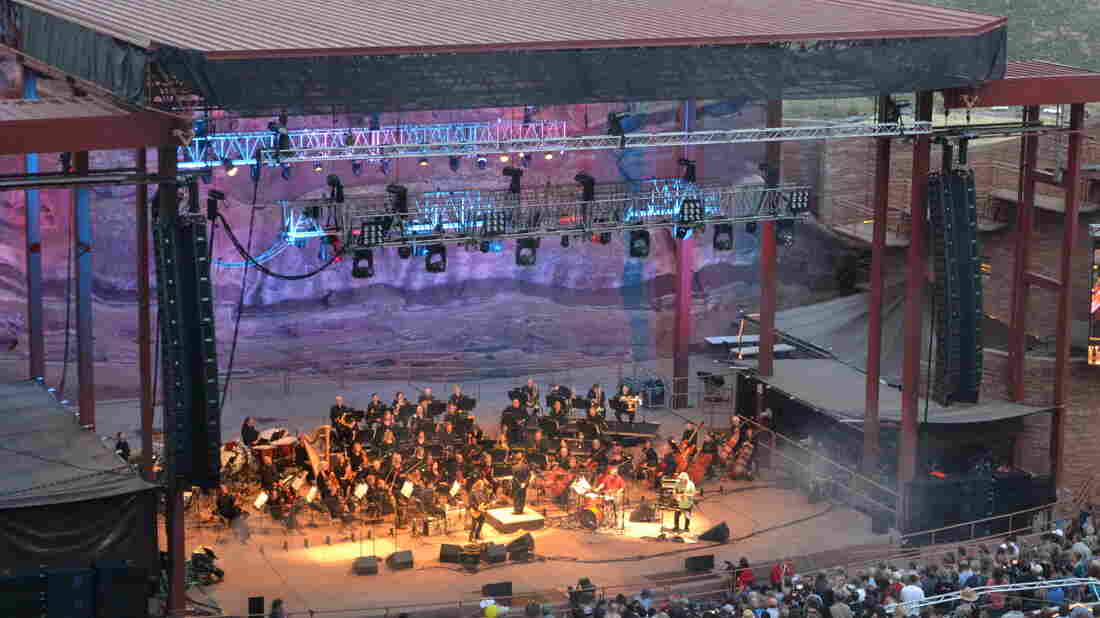 The Colorado Symphony's Jerry Garcia Symphonic Celebration concert at Red Rocks Amphitheatre outside Denver last summer. If you squint, you can see a cloud of something that's probably not pot smoke. Matt Korona/Courtesy of the Colorado Symphony hide caption 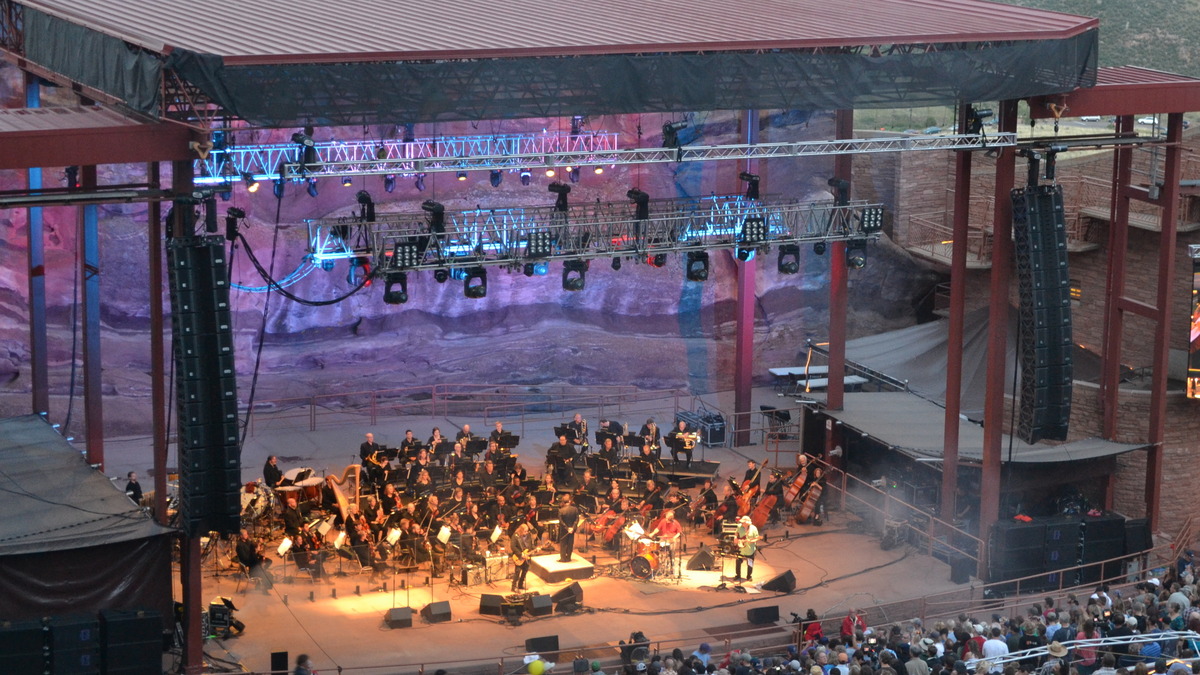 The Colorado Symphony's Jerry Garcia Symphonic Celebration concert at Red Rocks Amphitheatre outside Denver last summer. If you squint, you can see a cloud of something that's probably not pot smoke.

Matt Korona/Courtesy of the Colorado Symphony

Colorado Symphony patrons — if they aren't already — are about to have the option of being Rocky Mountain high.

Classically Cannabis: The High Note Series, which begins May 23, includes three BYOC (bring your own cannabis) chamber concerts at a gallery with an enclosed smoking area and food trucks, the orchestra announced Tuesday. The series will conclude with an orchestral concert at Red Rocks Amphitheatre outside Denver, a venue best known for hosting rock acts from The Beatles, Jimi Hendrix and U2 to jam bands The Grateful Dead and Widespread Panic.

"Part of our goal is to bring in a younger audience and a more diverse audience, and I would suggest that the patrons of the cannabis industry are both younger and more diverse than the patrons of the symphony orchestra," said Colorado Symphony CEO Jerry Kern, The Denver Post reports. Recreational marijuana use has been legal in Colorado since the beginning of the year.

While repertoire for the concerts has not been selected, Laura Bond, the orchestra's director of community and media relations, told NPR Music the first event will feature a brass ensemble. "We are toying with the idea of asking our public what they want to hear," she said. "We are definitely up for mixing it up a little bit."

Appropriately enough, the concerts' snacks have already been picked. "Experience the Colorado Symphony in a brand new way," the orchestra's website says, "with Part 1 of our summer concert series. Join us as we travel along the Pan American Highway with stops for chimichurri, arepas & the best salty roasted jalapenos you've ever had. Wash it all down with a Negra Modelo, Pacifico, or a sea salt limeade."

The other chamber events are called Mississippi Blues Highway ("Taste the best Chicago Dog, Memphis BBQ & New Orleans Po'boy you can find this side of the Mississippi") and Summer Monsoon ("Smoke up and fill your belly with Manna's spiced pork, Sesame Seed Teriyaki Chicken, & Filipino Empanadas").

As bizarre as all this may sound to old guard concertgoers, the initiative dovetails with the results of market research released this month by arts advertising firm LaPlaca Cohen. The firm's 2014 Culture Track collected data from more than 4,000 people in all 50 states, ranging from millennials to senior citizens, and found that classical music attendance had ticked up slightly — from 35 percent to 43 percent — since 2011.

"People are defining culture even more broadly," the study says, "and they are open to new experiences." The results say that 64 percent of those surveyed considered "food and drink experiences" such as food truck gatherings as cultural activity, and 73 percent participated at least once per year. The study also notes that the younger a patron is, the more motivated he or she is to attend cultural events for the purpose of escaping stress.

Bond said that Denver is a magnet for millennials, and that the orchestra "has a mandate to appeal to this growing population." No one under 21 will be allowed into the Classically Cannabis events.

The new series is presented by Ideal 420 Soil, a New Hampshire-based soil fertility company for marijuana growers, and curated by Edible Events Company, a Colorado firm that produces cannabis-related events.

"Like the Colorado Symphony, the cannabis industry is entrepreneurial, innovative and responsive to the people of Colorado," Kern said in a prepared statement. "These businesses have expressed a willingness to support the Colorado Symphony's mission. Our doors are open to any legal, legitimate business that wants to help." Enlarge this image
Courtesy of the Colorado Symphony Courtesy of the Colorado Symphony