Accessibility links
What Weeks Of Debate Have Shown Us About Women In Classical Music : Deceptive Cadence Two weeks after the initial furor regarding mezzo-soprano Tara Erraught's first performance at the Glyndebourne Festival in the U.K., we're still examining how women are valued onstage. 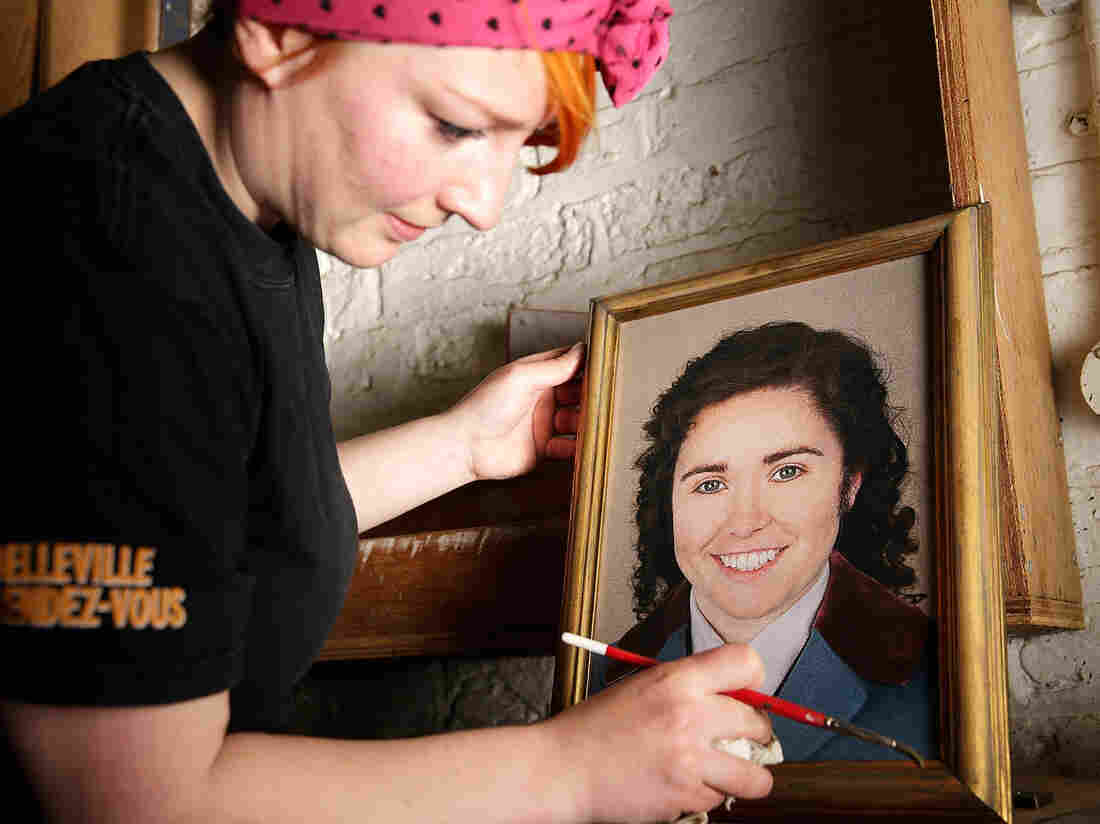 A prop maker readies a portrait of Octavian (Tara Erraught) in advance of the first performance of Der Rosenkavalier at the Glyndebourne Festival last month. Matthew Lloyd/Getty Images hide caption 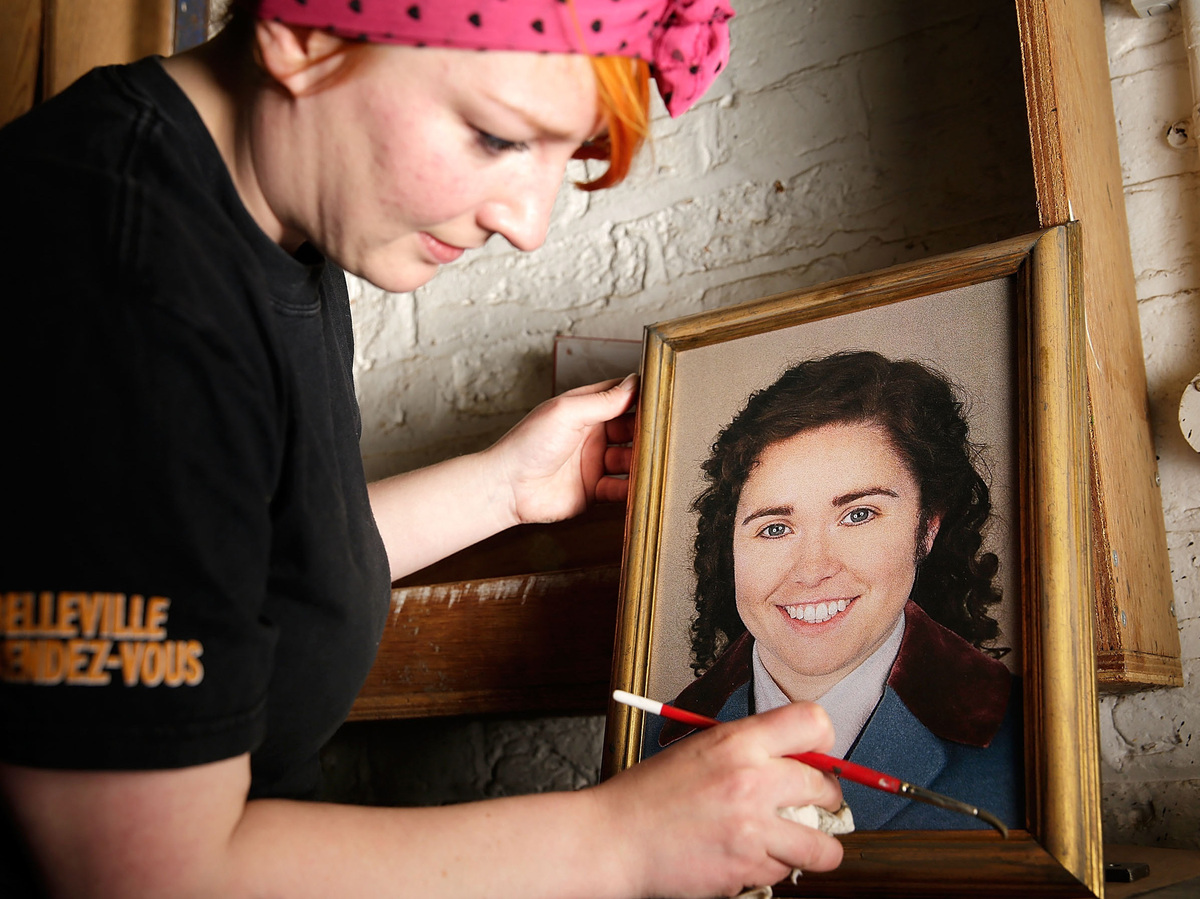 A prop maker readies a portrait of Octavian (Tara Erraught) in advance of the first performance of Der Rosenkavalier at the Glyndebourne Festival last month.

An astonishing conversation has emerged in the weeks since Irish mezzo-soprano Tara Erraught began her run as Octavian at the Glyndebourne Festival in England. Erraught was excoriated by a handful of male London critics for her weight — prompting a widespread backlash on her behalf in the aftermath of those reviews.

Not only have many "regulars" within classical music had their say, but the conversation has also reached a mainstream audience. Outlets that usually don't touch classical music — ABC, Time, Salon and Jezebel among them in the U.S. alone — seized on the uproar, and we've had more than 500 reader comments here on Deceptive Cadence. After so much discussion, I feel compelled to add a few more thoughts.

Misogyny is absolutely pervasive in so many settings, as I hope we can all recognize. After my essay was published, our colleague Barney Sherman at Iowa Public Radio (an NPR member station) wrote a masterful summary of women's lack of representation across a variety of cultural settings — it's not just in classical music.

He's absolutely right, and Sherman's piece (which he promises is the first of a series) is a must-read. This isn't just classical music's problem, by any means. The representations of women in mainstream popular music, for example — where degradation is common, and where a female performer's sexuality and sexual desirability is so often her primary currency — are not, by any means, an ideal to which the classical music world should aspire.

In his thoughtful and humane essay for The New Yorker published Monday night, Alex Ross raises a number of salient points, including one about the historical position of "the diva" as a cultural touchstone. Ross says that he sympathizes with my comments — but, citing some of the statistics Sherman uses, Ross says he rejects "the idea that there is anything especially Neanderthal about the classical world."

What I would caution against is eliding progress on one front for the stasis or regression on others. Demographic representation, for example, is not the same as reception or perception (though one certainly influences the other). While it is extremely gratifying to see female musicians and composers ascend in greater numbers, with many women (including a member of my family and some close and longtime friends) increasingly taking prominent positions in major American orchestras, we need to avoid equating increasing parity with respect or equal judgment.

Moreover, I would submit that this is a community which, on some level, still incubates the kind of "wisdom" openly spouted by the likes of conductor Vasily Petrenko and Bruno Mantovani of the Paris Conservatory. It's found room for the kind of reviews in which assessing a woman's body is a critic's highest priority. That misogyny is neither veiled nor filtered, nor can it be debated through the lens of sex-positive feminism or self-empowerment on the part of an artist.

Is classical music especially antediluvian, or worse than popular culture? No, and I wrote as much in my first essay on the topic. But public articulations of contempt do not make classical music feel particularly welcoming for women and girls. Do I think that classical music is too sophisticated or high-minded for such sexism? No. But as a member of this community, I feel a responsibility to point it out and hook it into larger cultural conversations. (It's particularly upsetting that this is taking place against the sobering context of the Isla Vista shootings.)

One argument that has been raised, both in the original reviews and in the conversations that have taken place since, is that an overweight singer is simply implausible in a role like Octavian in Der Rosenkavalier — and that it is the director's prerogative, even responsibility, to cast a role as believably as possible. But, as Corinna da Fonseca-Wollheim noted in her conversation with Anthony Tommasini and Michael Cooper in The New York Times, opera by its very nature exists within its own logic universe, just as sitcoms and action movies do. It's not just "high" culture that lives in a land of make-believe.

Moreover, as I have said on social media, this idea of physical typecasting would, if extended logically (though wrongly), put an end to cross-racial and cross-ethnic casting, as well. Is that the outcome we're looking for?

I am not the first to make this leap. The pioneering singer George Shirley, the first African-American tenor to sing a lead at the Metropolitan Opera, made precisely the same point in an essay he originally published four years ago:

The fact remains that many of history's greatest interpreters of the role of Violetta would have been denied an opportunity to perform the role if general managers of opera companies had prized their singers' physiques over their ability to sing the score ... The audience must consent to play its part in the game by suspending disbelief, accepting the stout Violetta with a great voice as a consumptive heroine, and the black Des Grieux as a French nobleman. Within this synergy exists the sole reality of which opera is capable. My great concern in all the current "Hollywood-izing" of opera is that African Americans, who, after all, don't generally look Caucasian, will now be faced with yet another hurdle to leap when the director says, "Wonderful voice, but you don't look like Mimì or Rodolfo!"

Two more brief observations. Many people outside the walls of classical music seem genuinely flummoxed that "It ain't over 'til the fat lady sings" is not a guiding aesthetic principle for opera. That provides a keen reminder of how insular and tiny our world generally is. What's heartening about this whole affair is how widely the conversation has traveled, and I'd like to think that's all to the (eventual) good of the music.

Second, I hope that Tara Erraught feels cheered by so many people supporting her — particularly the "civilians" who aren't plugged into opera and found no problem with her appearance. (Not incidentally: Rupert Christiansen's second piece on Erraught — in which he wrote, "She is a very pretty girl" — fairly dripped with condescension. Meanwhile, Richard Morrison's response opened with this gem: "If there's one thing my wife and my ex-wife would agree upon, it's that I love women not too little but too well.")

From my vantage point, however, there's little to be gained from back-and-forth discussions about the attractiveness of any individual performer — Erraught happened to be the individual caught in the cross hairs. I hold out hope that the lion's share of reflection is directed toward how much we collectively make a woman's body the ultimate arbiter of her worth.