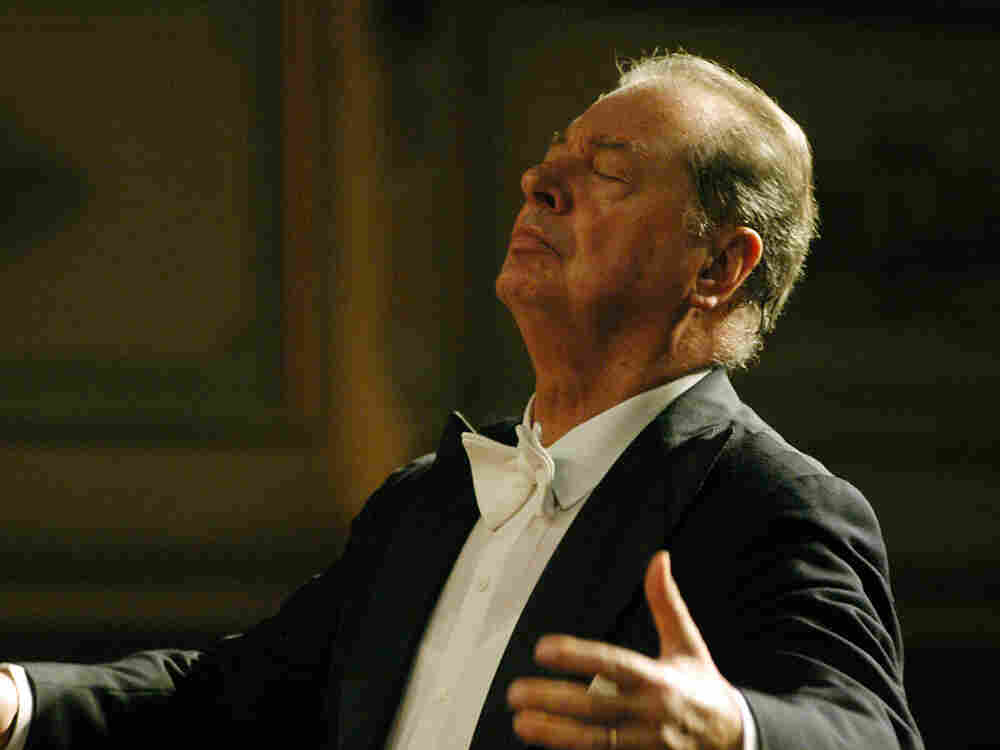 The widely admired Spanish conductor Rafael Frühbeck de Burgos died this morning in Pamplona, Spain at age 80. It was just a week ago that Frühbeck acknowledged he was ill with cancer and announced, via the Boston Symphony Orchestra, that he would have to cease working.

"After meeting with my doctors I have come to the following conclusion: I have to recognize publicly that I have cancer and that in this state of health and with deep sorrow I am not able to conduct at my standards and the moment to quit professional matters has come," Frühbeck said in the statement.

For many years, Frühbeck worked avidly with young musicians, and was a fixture at both the Tanglewood Music Center and at the Curtis Institute of Music in Philadelphia. As he told violinist Hilary Hahn in a video interview she made with him four years ago, he took particular delight in seeing students he had worked with at Tanglewood and Curtis years later, seated in the orchestras he guest conducted around the U.S.

Frühbeck made his New York debut with the Philadelphia Orchestra in February 1969. New York Times critic Harold Schonberg praised his performance of Manuel de Falla's Three-Cornered Hat at that concert, saying that he conducted it "beautifully ... adding the kind of rhythmic pliancy that a musician born to the language has mastered."