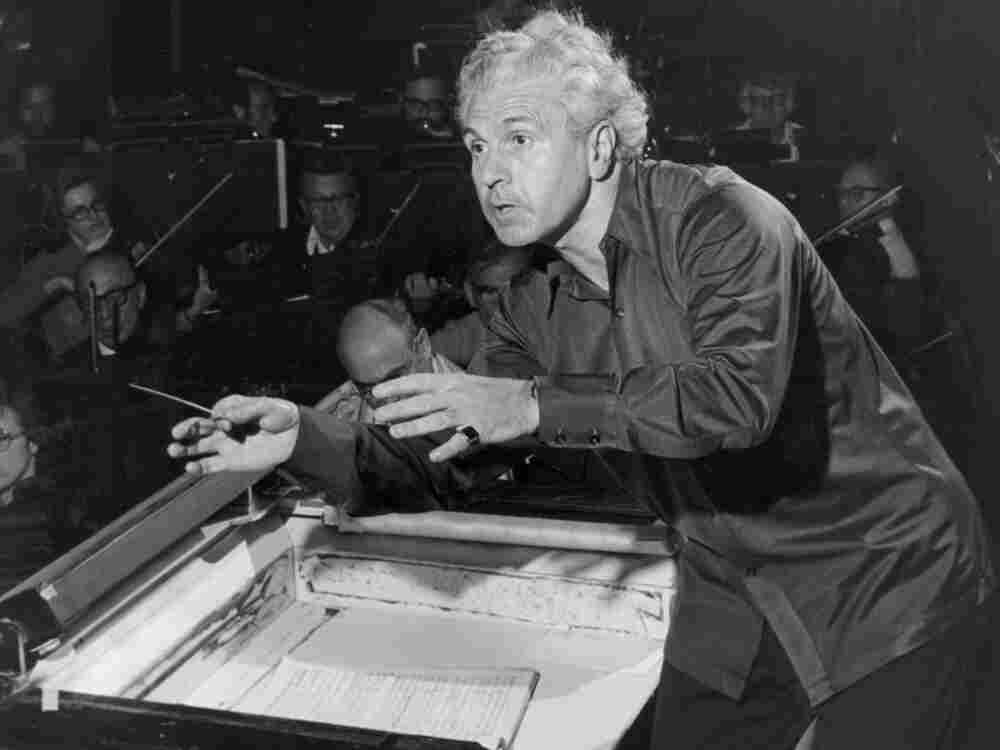 Julius Rudel, photographed (ca. 1970) in rehearsal with the orchestra of the New York City Opera, spent more than three decades with the company. Courtesy of the artist hide caption 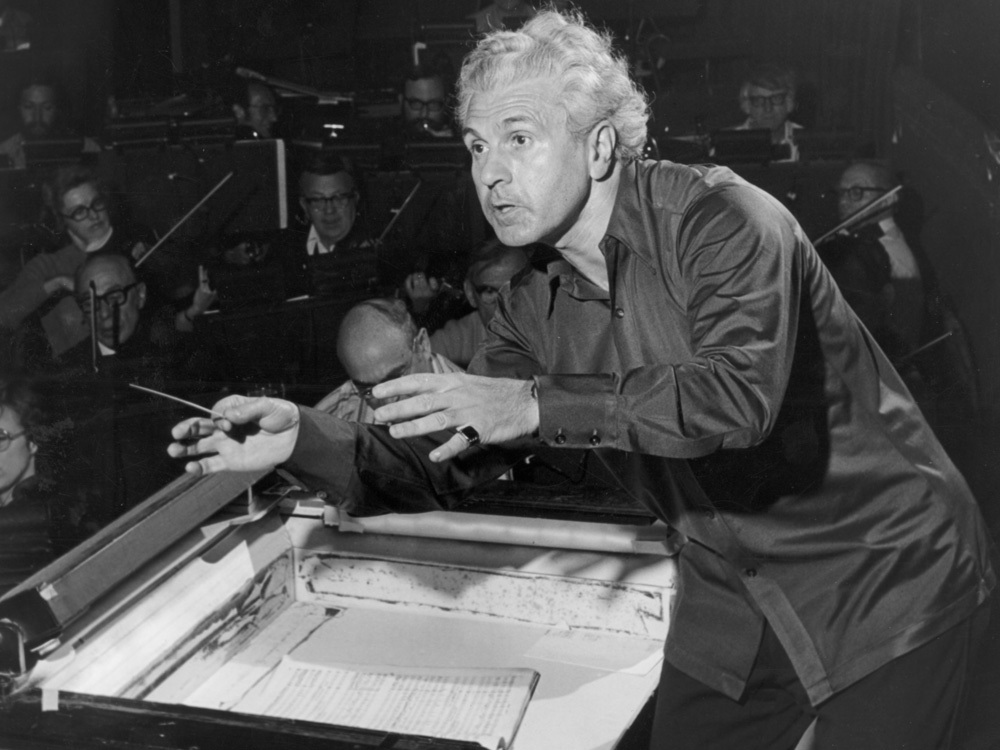 Julius Rudel, photographed (ca. 1970) in rehearsal with the orchestra of the New York City Opera, spent more than three decades with the company.

Conductor Julius Rudel, a defining figure in 20th-century opera production, died early Thursday morning. He was 93, and died at his New York home of natural causes, according to his son Anthony Rudel, station manager of Boston classical music broadcaster WCRB. WCRB is part of WGBH and an NPR member station.

Among many leadership posts in Julius Rudel's long career, he was best known for being general director and principal conductor of the New York City Opera from 1957 to 1979. The company, which folded in 2013, was New York's second-largest opera house, but perhaps the country's most important incubator of composing and singing talent. During Rudel's tenure, City Opera produced dozens of new operas and fostered the careers of such major artists as soprano Beverly Sills and tenor Plácido Domingo.

Rudel was born into a Jewish family in Vienna in 1921, a decade after the death of one of his heroes, composer, conductor and arts administrator Gustav Mahler. After the German annexation of Austria, Rudel emigrated to the U.S. when he was 17; his brother and mother followed shortly thereafter. Within five years, after studies at Manhattan's Mannes School of Music, Rudel was a rehearsal pianist at the company he would eventually lead.

Rudel made his conducting debut in 1944 with The Gypsy Baron by Johann Strauss II. "Julius Rudel, whom I hadn't seen before, took charge of things with snap and finesse," The New Yorker said of a 1946 performance of The Pirates of Penzance with the 25-year-old Rudel on the podium.

Eleven years later, Rudel began his remarkable run as head of the company with three seasons of exclusively American operas — something almost unthinkable for a major or even regional company, then or today. "I looked at more than 200 scores, some of them handwritten," he told The New York Times in 2010. "I thought in America we had an inferiority complex, and I wanted to show that we can do this, too."

For the company's 1966 debut at its new Lincoln Center home, Rudel conducted Argentine composer Alberto Ginastera's Don Rodrigo with Domingo in the title role, followed by Handel's Giulio Cesare with Sills, who would later succeed him as head of the company, as Cleopatra. Other seasons included the professional premieres of such important American operas as Robert Ward's Pulitzer Prize-winning The Crucible and Jack Beeson's Lizzie Borden.

Among Rudel's many recordings is a Grammy-winning account, with Sills, of Lehár's The Merry Widow. Rudel guest-conducted widely, leading major orchestras and opera companies in the U.S. and Europe. He received a 1963 Tony Award nomination as conductor and musical director of Brigadoon.

After leaving City Opera, Rudel looked upstate to become music director of the Buffalo Philharmonic. "My commitment to the [opera] company was a year-in, year-out, day-and-night affair," he told The New York Times in 1981. "Even if I was in Paris, I was on the telephone to New York all the time. That's one of the things I've learned to do now — to sleep through the night without waking up in a cold sweat and grabbing my notepad and saying, 'My God, I must do this or that.' The burden of administration became ever more overpowering. Now, I can steep myself in music."

Yet Rudel also was the inaugural artistic director of the Kennedy Center, as well as serving, at various times, in leadership posts at the Wolf Trap Festival, the Caramoor Festival and the Cincinnati May Festival. And he continued to keep a close eye on City Opera, freely sharing his opinions about its deepening troubles.

In 2013, the University of Rochester Press published First and Lasting Impressions: Julius Rudel Looks Back on a Life in Music by Rudel and collaborator Rebecca Paller, which includes an appendix listing the repertoire and casts of those three remarkable all-American seasons at the beginning of his tenure as head of City Opera.

"There is something to be said for longevity," Rudel says near the end of the book. "Since leaving New York City Opera, I've enjoyed my life as a peripatetic conductor. I count myself lucky to have had a career that has spanned six decades and two continents — and several worlds of music. I have conducted in the world's great opera houses and symphony halls, and I have worked with literally thousands of the greatest artists of our time. I've been involved with creating exciting productions, and have had the incredible privilege of spending my life bringing great composers' masterpieces to new audiences.

"In the end, for me, it's always about the music."