Accessibility links
A Voice Of Velvet And Bronze: Carlo Bergonzi At 90 : Deceptive Cadence A birthday salute to a famed Italian tenor who knew how to guard his vocal resources. Not as loud or imposing as his rivals, Bergonzi sang with elegance and intensity for decades.

A Voice Of Velvet And Bronze: Carlo Bergonzi At 90

A Voice Of Velvet And Bronze: Carlo Bergonzi At 90 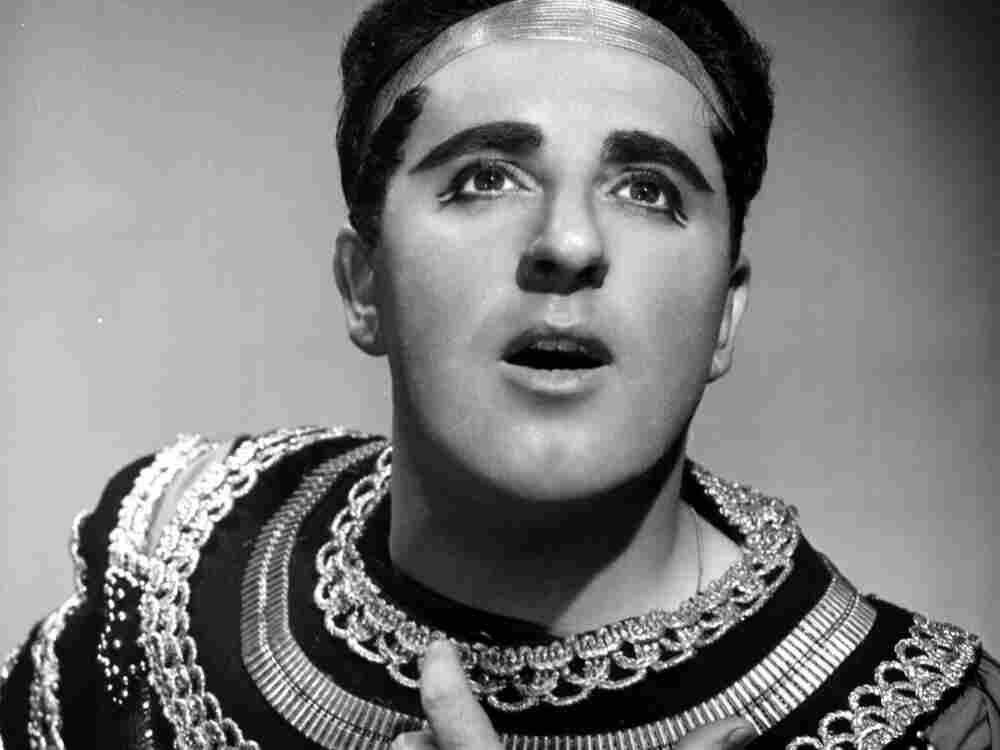 Carlo Bergonzi endures. Not only is the Italian tenor approaching his 90th birthday (on July 13) but for decades he sang with tireless warmth and precision, representing a certain old school approach to carefully cultivating one's vocal resources.

Bergonzi may not have been as loud or intimidating as his Italian rivals (especially Mario del Monaco and Franco Corelli), but he outlasted them all, singing at Milan's La Scala for 20 years and at New York's Metropolitan Opera for more than 30. At age 68 he gave a farewell recital at London's Covent Garden, and at 75 he returned to New York to sing the punishing title role in Verdi's Otello. (Although he had to drop out after the second act, reportedly due to irritation from the air conditioning, his voice sounded remarkably well-preserved for its age.)

Bergonzi was born in Vidalenzo, in northern Italy, just a few miles from Verdi's birthplace. The youngster who made Parmesan cheese with his father could hardly have predicted that eventually he would become one of the most important interpreters of Verdi's music in the 20th century.

John Steane, in his book The Grand Tradition: Seventy Years of Singing on Record, 1900 to 1970, describes Bergonzi's "inner fire and outgoing command" in Verdi roles. "More than any other Italian tenor on record," Steane writes, "he combines power, beauty, intensity and elegance."

With a sturdy Italianate mix of velvet and bronze, Bergonzi's voice seemed tailor-made for most of Verdi's heroic roles. But Bergonzi also excelled in quick-tempered protagonists of the verismo style in Cavalleria Rusticana and Pagliacci and the romantic leads of Puccini's La bohème and Madama Butterfly. Some of his burnished tone comes from the fact that he made his 1948 debut as a baritone. He then retrained himself and resurfaced three years later as a tenor.

When discussing singers, opera fans often talk about musical "line." Does it flow? Is there a wobble or is the tone steady and focused? Does diction get in the way? With Bergonzi the line was supremely musical — smooth, stable and expressively phrased. There's hardly a better example than the video above, a night scene near the close of Donizetti's Lucia di Lammermoor, filmed in Tokyo in 1967. Afterward, Bergonzi received almost seven minutes of applause and 11 curtain calls. All richly deserved.

In retirement, Bergonzi turned to teaching and food. He started an academy specializing in Verdi's music and founded I Due Foscari, a restaurant and hotel (now run by his son) located in Busseto and named after Verdi's sixth opera.