Accessibility links
'La Marseillaise' Unmasked: A Bastille Day Puzzler : Deceptive Cadence From movies and musicals to hit songs, the French national anthem has been appropriated in many contexts. Are you enough of a Francophile to spot them? 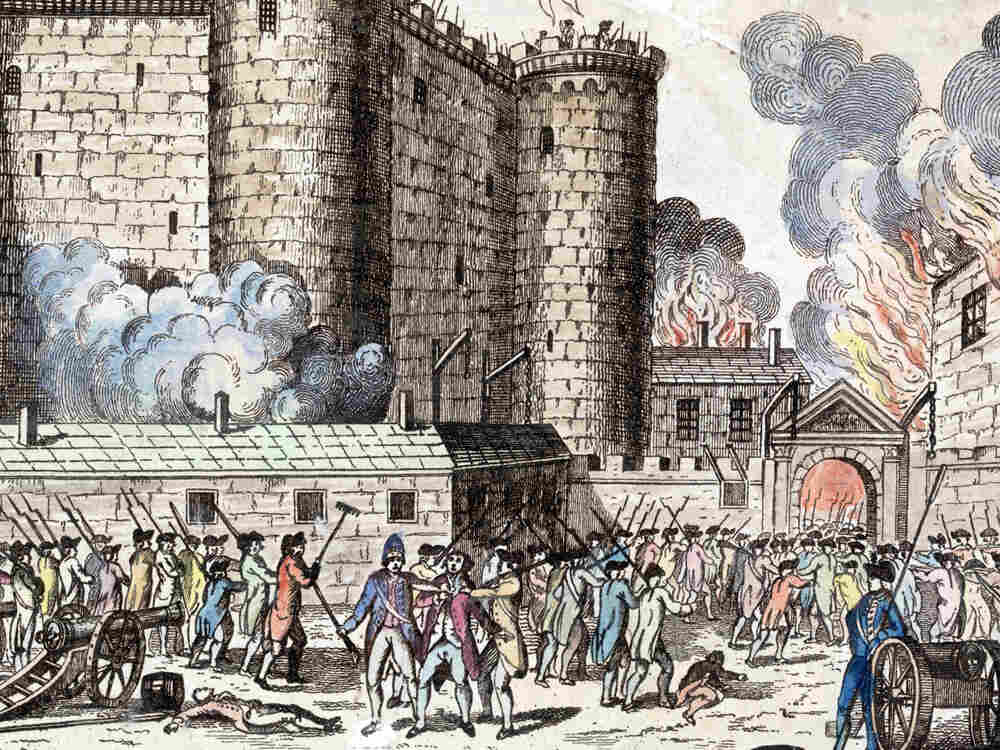 Citizens of Paris, headed by the National Guards, storm the Bastille prison in an event which has come to be seen as the start of the French Revolution, 14th July 1789. Hulton Archive/Getty Images hide caption

"The Star Spangled Banner" turns 200 this year, and the attention it's been getting is again a reminder of how difficult it is for many Americans to sing our national anthem.

Not so for the French, who have "La Marseillaise," composed by Claude Joseph de Lisle in 1792 as the French Revolution was in full swing. With its steady, martial beat and pleasing melody, the French anthem has found its way into many other contexts, musical and otherwise. For Bastille Day — the French holiday celebrating the fall of the Bastille in Paris, signaling the start of the French Revolution — test your level of Francophilia with a "Marseillaise" quiz.

Score high and feel strong enough to topple a monarchy. Score low and ... eat your cake.