Accessibility links
The Great War At 100: Music Of Conflict And Remembrance : Deceptive Cadence One hundred years after the start of World War I, hear a range of pop and classical music from artists of the era. Some music reflects the war's violence, some gives solace. 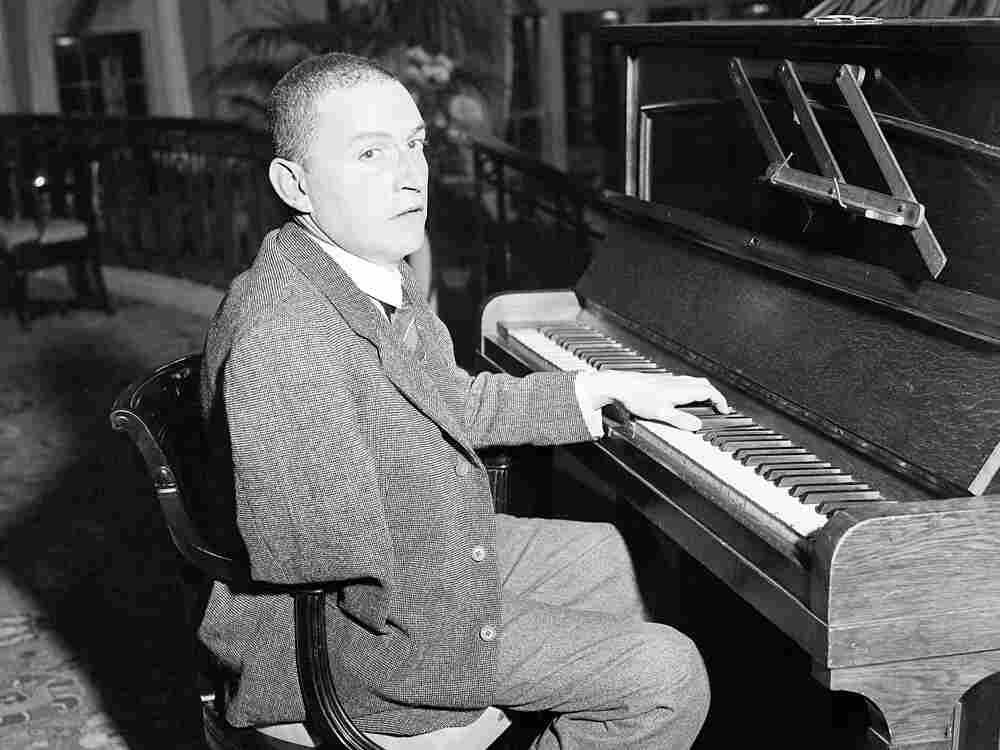 One hundred years ago today, the Austro-Hungarian Empire declared war on Serbia. The conflict drew in country after country and grew to an unprecedented scale. An estimated 9 million combatants lost their lives and more than 21 million were wounded in what came to be known as The Great War and, eventually, World War I.

Among the dead and the survivors were musicians. We've been listening to some of their creations. The extraordinary level of destruction inspired them in myriad ways. Some composers captured the war's violence while others seemed to counteract it by writing music that soothed. Still others came back wounded yet persevered. And all these years later, the war continues to resonate in works like the 2012 Pulitzer Prize-winning opera Silent Night by Kevin Puts.

Have a favorite piece of music inspired by World War I? Let us know in the comments section or on Twitter or Facebook.

The Great War At 100: A Musical Response 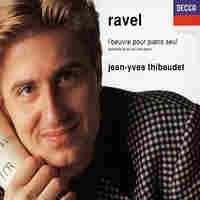 Maurice Ravel was itching to serve in the war. "I wait to be posted as a bombardier on a plane, which will happen very soon, I hope," he wrote to a friend in March 1915. Because of his slight build, the composer never made it to combat, but he drove a supply truck supporting the troops near Verdun. At first Ravel was fascinated by the adventure of it all; by the time he was discharged, in 1917, he was exhausted. Yet his creativity flowed during the war years. In his piano suite Le tombeau de Couperin Ravel dedicated each movement to a friend killed in the war. The sprightly "Rigaudon," with its sullen, contrasting central section, commemorates Ravel's friends Pascal and Pierre Gaudin, brothers who were killed by the same shell Nov. 12, 1914. It was their first day at the front.

04Keep the Home Fires Burning ('Till the Boys Come Home)

Ivor Novello was a Welsh lyricist, composer and actor whose reputation spread quickly after "Home Fires" appeared in 1915. He continued writing songs while in the Naval Air Service. The song's lyrics, by American poet Lena Guilbert Ford, depict the feelings of families torn apart by the war: "Keep the home fires burning, while your hearts are yearning. Though your lads are far away, they dream of home." Irish tenor John McCormack's 1917 recording was wildly popular. The tenor, who excelled at opera and popular songs, sold more than 200 million records in his lifetime and, like his contemporary Enrico Caruso, gave many benefit concerts during the war.

George M. Cohan: 'Over There' (sung by Enrico Caruso)

If "Keep the Home Fires Burning" was the wartime hit in the U.K., George M. Cohan's "Over There" was its equivalent in the U.S. By the time the U.S. entered the war, April 6, 1917, Cohan was one of Broadway's brightest stars. He'd already written and starred in successful shows like Little Johnny Jones, which included the song "Give My Regards to Broadway." Two days after President Wilson declared war on Germany, Cohan wrote "Over There" as a response, introducing the song first to his family, using a tin pan as a helmet and a broomstick for a gun. It would become one of Cohan's most popular songs, a morale booster, an incentive for men to enlist and the first in a string of patriotic hits that later earned him a Congressional Gold Medal. Musicians of all stripes performed "Over There." Operatic superstar Caruso recorded it, singing in both English and French, in 1918, a year that found him giving benefit concerts, including one at Carnegie Hall that included McCormack and the 17-year-old Jascha Heifetz. That performance earned $4 million for the war effort.

On May 7, 1915, the British ocean liner Lusitania was torpedoed by a German submarine off the south coast of Ireland. Almost 1,200 passengers and crew perished. One day later, American composer and insurance executive Charles Ives was waiting to board the elevated train at Hanover Square in the lower Manhattan financial district. On the platform, he was surrounded by talk of the disaster when workmen began to whistle and his fellow passengers started to sing "In the Sweet By and By." The scene inspired Ives to compose extraordinary music that would become part of his Orchestral Set No. 2. From Hanover Square North, at the End of a Tragic Day, the Voice of the People Again Arose unfolds cinematically, slowly building to a climax. You can hear the chugging of the train, the cacophonous hubbub of the station and snippets of that hymn popping up all over the place. Remarkably forward-thinking music for 1915.

Almost 40 years old when the war broke out, Gustav Holst was prevented from enlisting due to his poor health. Finally, as the war dragged on, he found a way to serve by helping the YMCA bring musical comfort to troops in Greece and Turkey in 1918. That year he also wrote Ode to Death, a gentle 12-minute meditation for chorus and orchestra. For his text, Holst chose the poem "When Lilacs Last in the Dooryard Bloom'd" from Leaves of Grass by Walt Whitman, a poet who wrote movingly of his time nursing the wounded in the Civil War. Holst's opening music finds the chorus slowly spinning out over a sustained note then dividing into parts. It matches Whitman's comforting lines, "Come lovely and soothing death, / Undulate round the world, serenely arriving ..."

Sergei Prokofiev: Piano Concerto No. 4 (for the left hand) - Moderato

The war killed and also maimed. Pianist Paul Wittgenstein made his debut in 1913. The next year, after war broke out, he was shot in his right elbow and his arm was amputated. Determined to continue performing, Wittgenstein developed extraordinary techniques to overcome his disability and commissioned composers to write pieces for left hand alone. Maurice Ravel, Benjamin Britten and Paul Hindemith each wrote works for Wittgenstein, as did Sergei Prokofiev — the Piano Concerto No. 4. But Wittgenstein and the composer quarreled over the piece and ultimately Wittgenstein never performed it. The music, composed in 1931, is still neglected, but contains fascinating music filled with spirited melodies, pathos and hints of sarcasm. Ravel's left-hand piano concerto, written about the same time and championed by Wittgenstein, became the most popular piece the resourceful pianist inspired.