Accessibility links
Centenarian Soprano Licia Albanese Dies : Deceptive Cadence A long career began suddenly as she replaced the lead in Madame Butterfly mid-performance. A Metropolitan Opera stalwart, she sang the lead in La traviata there more than anyone before or since. 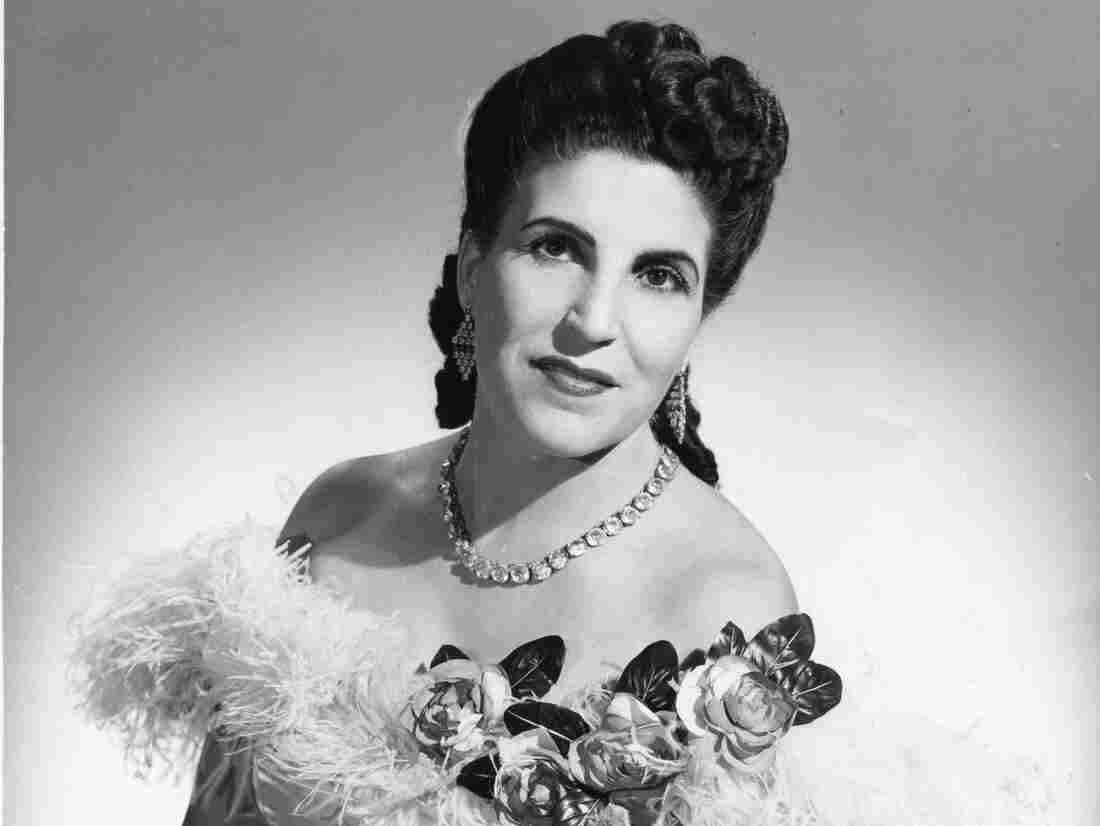 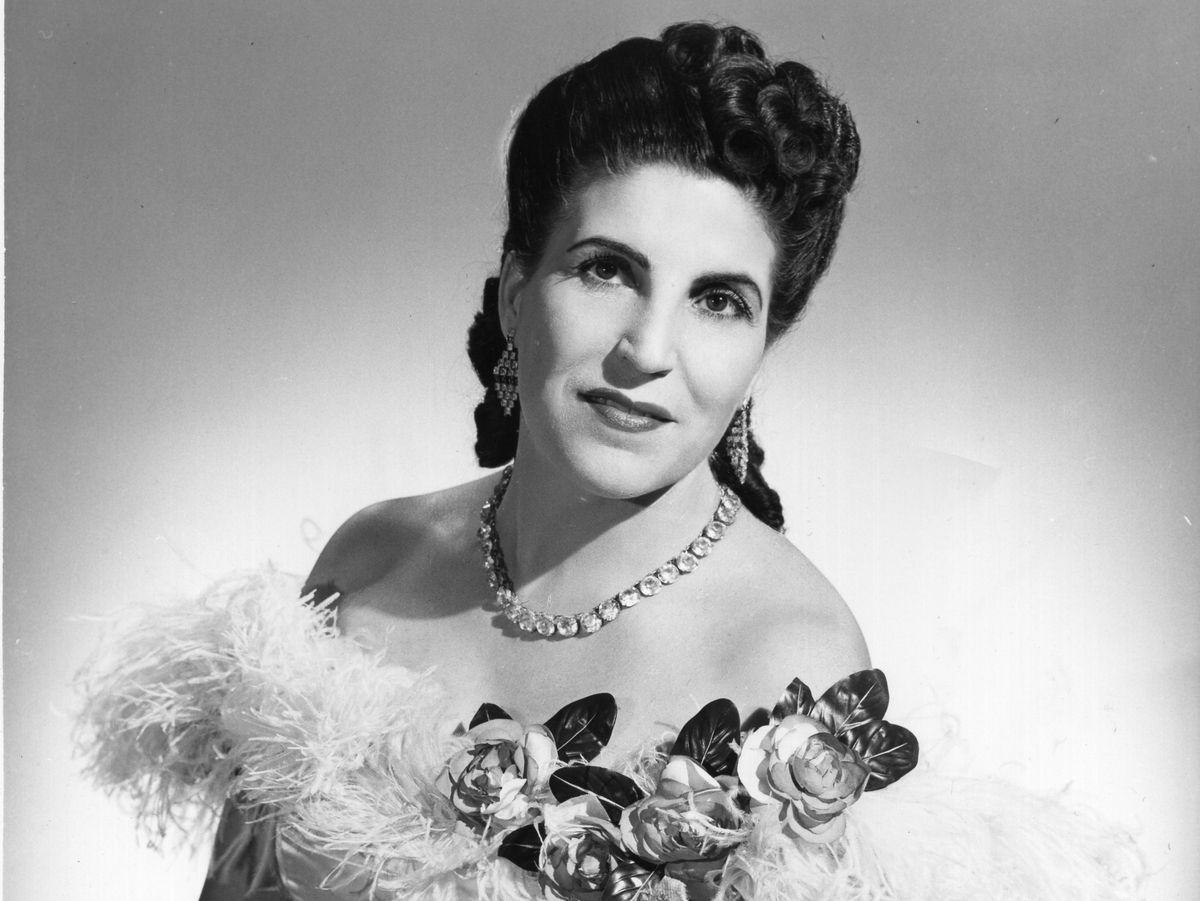 Sedge LeBlang/courtesy of the Metropolitan Opera

Born in the Italian city of Bari along the Adriatic Sea, she became an American citizen in 1945. She began her professional career in 1935 at Milan's Teatro Lirico, where she stepped in as an emergency replacement in the middle of a performance of Puccini's Madame Butterfly as Cio-Cio San, the title character. This soon became a signature role, and was the one in which she debuted at New York's Metropolitan Opera in February 1940.

Of that first Met appearance, New York Times critic Olin Downes wrote: "She quickly won the audience's approval by the freshness of her feeling, the interest of detail in her performance and the prevailing eloquence of her song. It need not be claimed that the voice is a great one, but it has beauty and sensuous color, and is employed with interpretive resource."

Throughout the peak of her career, Albanese was closely identified with the Met, where she sang more than 400 performances over the course of 26 years, and where she still holds the house record for most appearances — 87 — as Violetta in Verdi's La traviata.

Albanese was also something of a technological pioneer. She sang an aria from Bizet's Carmen in the Met's first telecast, a concert in an NBC studio at Rockefeller Center in March 1940. She also appeared in the first live telecast from the Metropolitan Opera House in November 1948: Verdi's Otello with tenor Ramon Vinay, baritone Leonard Warren and conductor Fritz Busch on ABC. New York Sun critic Irving Kolodin praised her performance on that occasion as displaying "real skill in shaping a vocal line, and the talent (by no means common among prima donni) for arousing the sympathy of an audience. ... Her 'Willow Song' was an uncommon piece of vocal art."

Albanese's fame was not limited to her presence on the Met roster. She performed for 20 seasons at the San Francisco Opera, and sang both Violetta in La traviata and Mimì in Puccini's La bohème in Toscanini's iconic 1940's NBC broadcasts, later issued on RCA Victor. For the same label, she also recorded Carmen with mezzo Risë Stevens (who died in March 2013 at 99), tenor Jan Peerce and conductor Fritz Reiner; and Puccini's Manon Lescaut with tenor Jussi Bjorling, baritone Robert Merrill and conductor Jonel Perlea.

Albanese taught at Juilliard, the Manhattan School of Music and Marymount Manhattan College, and in 1974 founded the Licia Albanese-Puccini Foundation to support young singers. Past winners of the foundation's annual competition include sopranos Angela Meade and Latonia Moore, mezzo Sasha Cooke and tenors Stephen Costello and Matthew Polenzani.

In 1995, Albanese was awarded the National Medal of Arts by President Bill Clinton. "She had the rare ability to combine her great talent as a singer with equal talent as an actress," Clinton said in a ceremony on the White House lawn. "It was once said that Licia Albanese had the two qualities which all great artists have, simplicity and sincerity."

Her husband was Joseph A. Gimma, an investment banker and former chairman of the New York County Republican Committee and the New York State Racing Commission. While he was also born in Bari, they met in Manhattan in 1940 and were married from 1945 until his death in 1990.

Her son said a wake will be held from 2 to 5 p.m. and 7 to 9 p.m. Wednesday at the Frank E. Campbell Funeral Chapel in New York. The burial service is private, but plans are underway for a mid-September memorial Mass at St. Jean Baptiste Roman Catholic Church in New York.