Accessibility links
Best Classical Albums Of 2014 : Deceptive Cadence Our happy duty: finding 10 releases from 2014 that we can't wait to share. 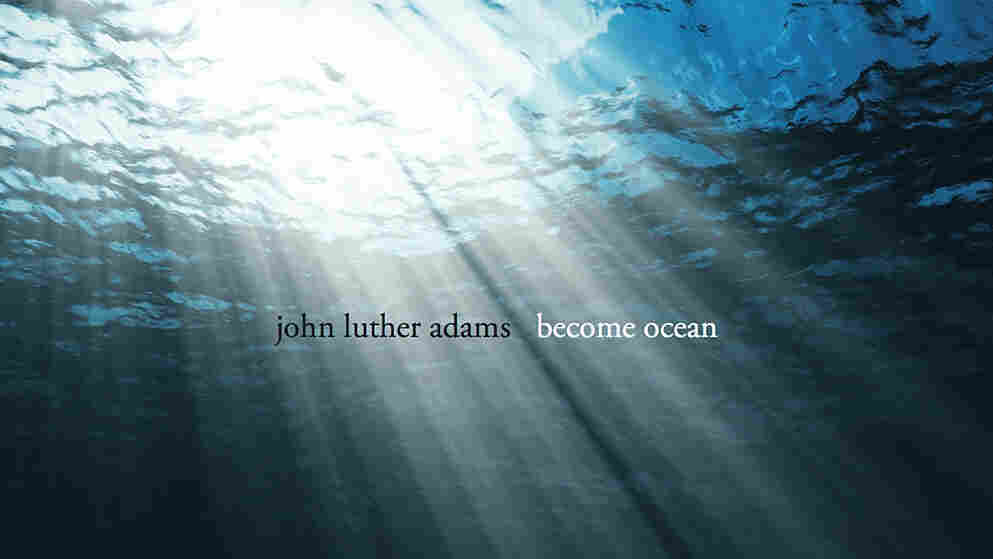 The Pulitzer Prize-winning Become Ocean by John Luther Adams is one of NPR Classical's favorite albums of 2014. Cantaloupe hide caption

Most years, Tom Huizenga and I spend a lot of time after Thanksgiving and well into December battling over — or, more truthfully, having many friendly but spirited discussions about — which recordings should comprise our 10 favorites of the year. We each come up with a list of 10, and then we start hammering things out in some amount of exquisite music-nerd agony. Some albums we agree upon, some are our individual picks. We revisit our final 10 selections over and over again, revising and refining until we are both satisfied with a harmonious whole.

The pace in 2014 was vastly different. This year's highlights were so above and beyond that without any discussion, we each picked seven of the same releases. Though I'm not going to divulge which ones they were, there was such a bounty of phenomenal albums released this year that the selection process was a joy.

From John Dowland's elegant, elegiac and intimate pavanes, written at the dawn of the 17th century, to John (Coolidge) Adams' Saxophone Concerto and John Luther Adams' Become Ocean, both premiered just last year, the scope of what we loved reaches far and wide. — Anastasia Tsioulcas 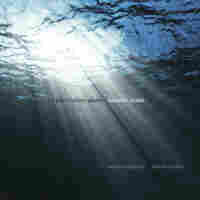 This is the piece of classical music of 2014 that has crossed over to a mainstream audience, and rightly so. Put it on speakers and people will stop what they're doing to say, "What is this? I love it!" Written as a meditation on rising — and ultimately all-consuming — tides, Adams has created a work that is both an orchestral showpiece (written, actually, for three juxtaposed mini-orchestras) and a completely haunting inner journey. The Seattle Symphony should be hugely proud of having commissioned Become Ocean and their stellar performance under conductor Ludovic Morlot. — Anastasia Tsioulcas 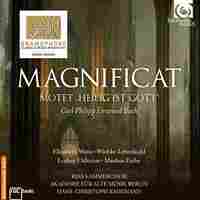 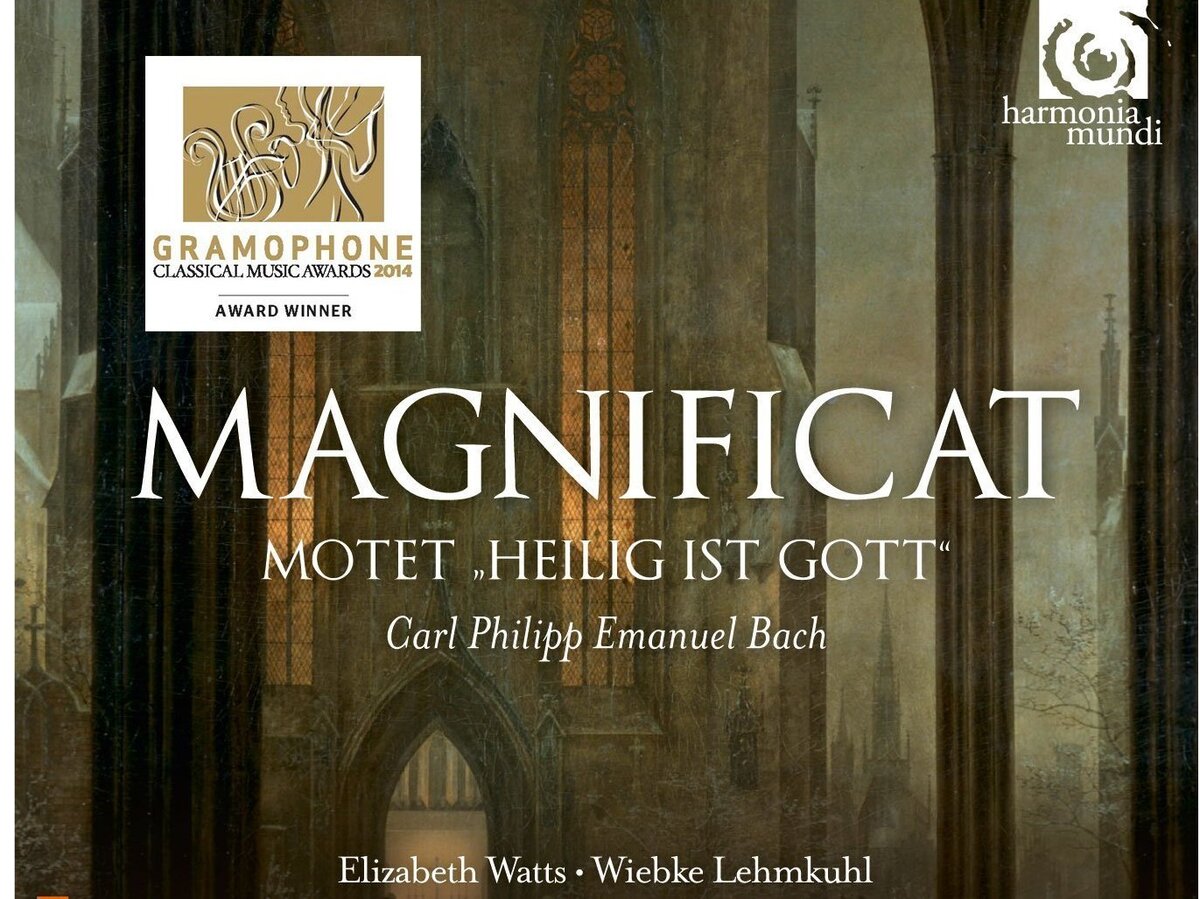 A most welcome addition to the year's tricentennial celebrations of C.P.E. Bach's birth, this album recreates a charity concert Bach himself conducted in Hamburg in 1786. It displays the composer's deliciously radical ideas for music, including plugging in raw emotions, pivoting suddenly from one mood to another and swerving from a wail to a whisper. The Magnificat bolts out of the gate with explosive energy while Heilig for double choir pits voices angelic and earthbound against each other. The Symphony in D twitches with odd harmonies and jolting rhythms. Performances by the RIAS Kammerchoir and Akademie für Alte Musik are precise and passionate. — Tom Huizenga 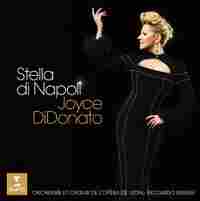 Operatically speaking, 2014 might as well be subtitled "The Year of Joyce DiDonato." There she was singing the National Anthem at the final game of the World Series, in front of her beloved Royals; inaugurating the first video broadcast from Carnegie Hall from Medici TV; and headlining the Perspective series, also at Carnegie. But the feather in DiDonato's 2014 cap just might be this remarkable album of 19th-century arias from Naples. It's a feast of bel canto thrills, from the finale of Rossini's opera Zelmira to shapely traversals of two gorgeous Bellini arias, along with a sampler platter of names nearly forgotten: Pacini, Carafa, Mercadante and Valenti. — Anastasia Tsioulcas 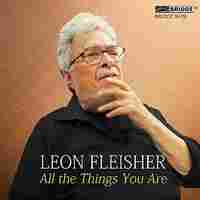 Leon Fleisher: 'All The Things You Are'

When Leon Fleisher lost the use of his right hand in his 30s, the piano superstar could hardly have imagined he'd be enjoying such happy success some five decades later. Recorded earlier this year when Fleisher was 85, this album includes in a broad range of new and old music, mainly composed for left hand alone. Leading off with a penetrating account of J.S. Bach's Chaconne (arranged by Brahms), Fleisher moves deftly from the austere modernism of George Perle's Musical Offerings (written for Fleisher), to the introspective silence of Federico Mompou's Prelude No. 6, to Earl Wild's deceptively virtuosic transcription of Gershwin's "The Man I Love." All the while you'd swear he's using at least 10 fingers. — Tom Huizenga 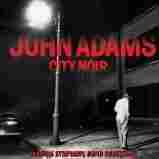 Before all the controversy about the Met Opera performances of The Death of Klinghoffer, this John (Coolidge) Adams album highlighted a very different facet of his work. It pairs the orchestral City Noir (a cinematic, jazzy and cool homage to 1940s and '50s Los Angeles) and the fresh and exciting Saxophone Concerto featuring the outstanding Timothy McAllister. The performances by the St. Louis Symphony Orchestra, led by David Robertson, are invigorating and top-notch. — Anastasia Tsioulcas 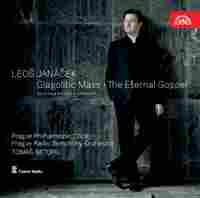 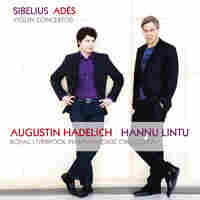 Augustin Hadelich is a laser-sharp violinist who is fast becoming a favorite soloist for orchestras around the world, and this disc of concertos — one familiar, one new — demonstrates why. He brings a deep urgency to the outer movements of Sibelius: forward propulsion where other violinists are all too often content to luxuriate in the landscape and their own technical splendor. His performance in the furiously brilliant concerto by British composer Thomas Adès is equally splendid. (We'll understand if you need a few minutes to recuperate after the emotionally intense second movement.) It's a fantastic partnership with the Royal Liverpool Philharmonic Orchestra and Hannu Lintu, who introduced Hadelich to the Adès concerto. — Anastasia Tsioulcas 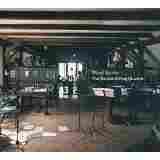 It was a good year for Danish music, with excellent recordings of symphonies by Carl Nielsen, Per Nørgård and Poul Ruders, plus two lovely albums of Rued Langgaard's string quartets. But the most striking of all is Wood Works, a musical journey through Nordic folk music guided by the extraordinarily gifted Danish String Quartet. "Sønderho Bridal Triology — Part II," with its colorful grooves, turns out to be a 400-year-old wedding song from the Danish island of Fanø. There are stops in other Nordic hamlets for local versions of polkas and jigs, all played with such unmannered charm that you might wish the group would give up its usual diet of Haydn and Brahms. — Tom Huizenga 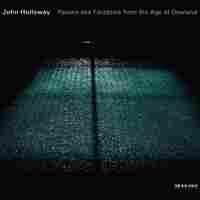 John Holloway: 'Pavans and Fantasies from the Age of Dowland'

An album of solemn, slow-moving counterpoint is admittedly not the most joyous of picks, but John Dowland's journey in his Lachrimae through seven kinds of sadness — "sighing tears," "forced tears" and "true tears" among them — is sublimely melancholy. Each is beautifully shaped in this performance by musicians led by Baroque violinist John Holloway playing Baroque violins, violas and a bass viola (rather than the viol and lute group Dowland originally called for). And it's not all doom and gloom, as the pavanes are tempered by lovely music by Purcell, William Lawes, John Jenkins, Thomas Morley and Matthew Locke. — Anastasia Tsioulcas 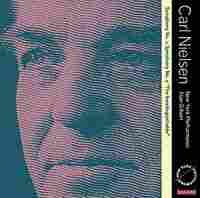 As a kid, Carl Nielsen made music by pounding on logs in the family woodpile. He'd grow up to become one of the most important, if still undervalued, symphony composers of the 20th century. Conductor Alan Gilbert and the New York Philharmonic have been making a case for Nielsen, recording live performances of all six of the great Danish composer's symphonies. Pairing the First and Fourth shows both how bracing and fresh the works sound and how Nielsen's symphonic language developed. The first, even with its whiffs of Dvorak, reveals the characteristic Nielsen rhythmic life force and harmonic personality. The Fourth, from 1916, subtitled "The Inextinguishable," unfolds in one continuous flow, with episodes of rambunctious glee (lots of fun for two timpanists), potent introspection and, ultimately, triumph. — Tom Huizenga