Accessibility links
Soundtrack To The Outback: Remembering Peter Sculthorpe : Deceptive Cadence By incorporating indigenous sounds and instruments in his music, as well as socio-political themes, the Tasmanian-born composer gave his compatriots a sense of themselves. 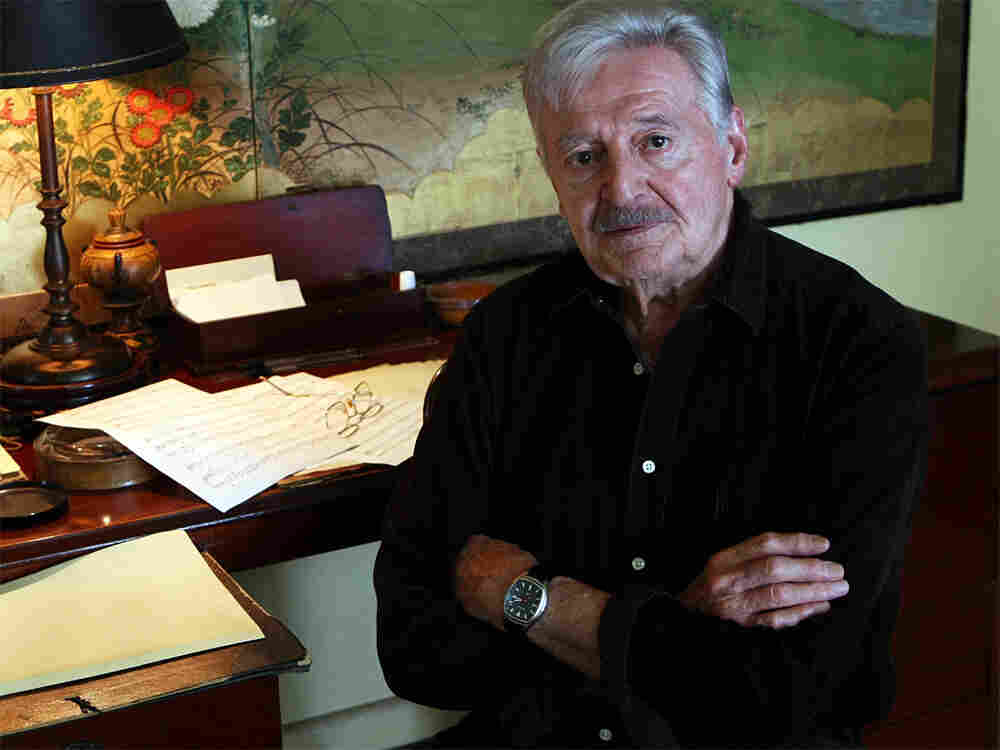 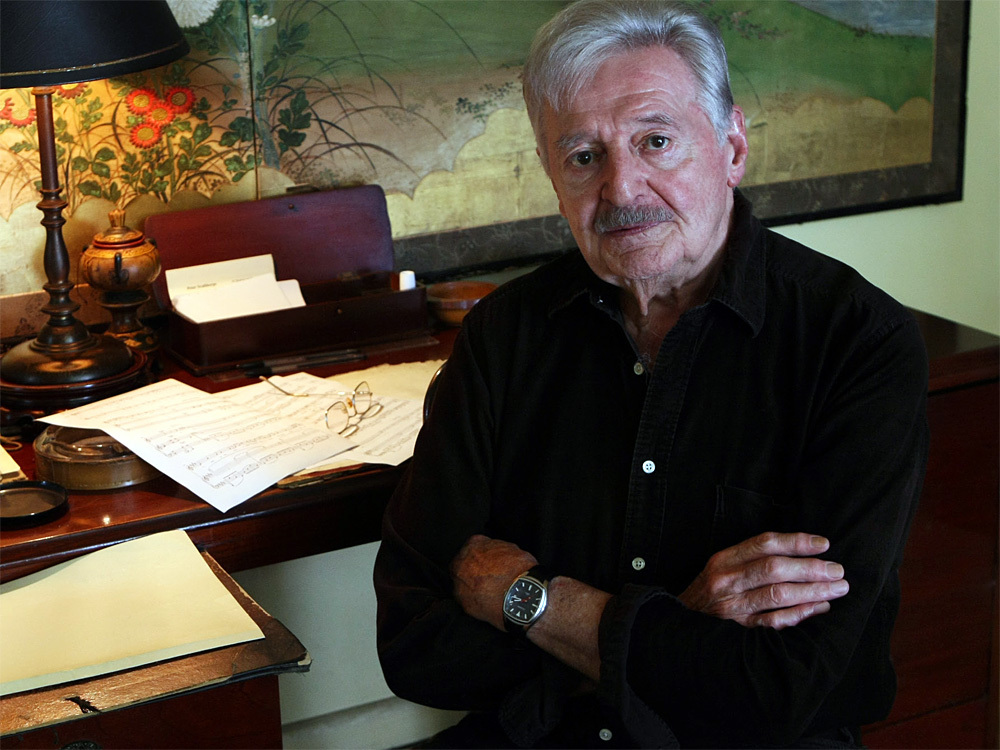 They're celebrating Down Under. Today is Australia Day, a holiday marking the arrival of British ships at Sydney Harbour in 1788. A perfect day then to salute something truly Australian, something that speaks of national pride, austere landscapes and even the darker side of Australian history — the music of Peter Sculthorpe, who died last year at age 85.

Perhaps the most Australian of Australian composers, Sculthorpe created a soundtrack to the Outback. One of his first important works, a piano sonatina from 1954, was inspired by an indigenous Australian creation story. A series of string pieces called Irkanda (an aboriginal word for "scrub country") evokes what Sculthorpe described as places "remote and lonely." In Port Essington for string orchestra, he cites an indigenous Australian chant, and in his later string quartets he includes the didgeridoo, an ancient wind instrument made from eucalyptus wood hollowed out by termites.

Sculthorpe was born on April 29, 1929, in Tasmania, the Australian island state 150 miles south of the mainland. Claiming to have had a happy childhood, he later understood some of his country's less pleasant history, including the use of Tasmania as a British penal colony (his great-grandfather was sent there as a convict) and the systematic "resettling" of Australia's Aborigines. Commemorating those 18th-century British ships today is not appealing to every Australian. As a mature composer, Sculthorpe wouldn't shy away from these disturbing themes, even though he knew appropriating them for his music was itself problematic. 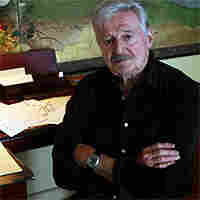 The String Quartet No. 14, for example, takes its subtitle, "Quamby," from a story Sculthorpe first heard from his father about Quamby Bluff near his hometown of Launceston. Although undocumented, legend has it that colonial troops herded native Tasmanians, forcing them over the edge of the bluff. As they leapt to their deaths, cries of "Quamby! Quamby!" (Save me! Save me!) were heard. The 20-minute piece is rife with mixed emotions and evocative sounds as Sculthorpe tries to at once reclaim his idyllic youth and confront his country's dark past.

In the third movement, "On High Hills," seagulls cry (in bowed glissandos) and a wistful melody glides over a gently swaying beat. The didgeridoo, droning underneath, grounds the movement.

Stephen Kent, the soloist along with the Del Sol Quartet, says the didgeridoo worked on two elemental levels for Sculthorpe. "One, it is the literal 'sound of the land,' ever present as a witness to the events happening in Australia," Kent wrote in an email. "And two, it is the musical voice of God, an omnipresent force (for good) in the world." Kent worked with Sculthorpe before giving the world premiere of the composer's Sixteenth String Quartet in 2006. "I found him to be a very gracious man with a deep sense of connectedness between his artistic vision and the realities and problems facing the world around him," Kent wrote.

By incorporating aboriginal themes and sounds of the Outback in his music, Sculthorpe gave his compatriots a sense of themselves. And isn't that just what they need on Australia Day?