Accessibility links
Everest: The Cold Wrath Of Nature, Given Operatic Voice : Deceptive Cadence The new opera Everest tells the story of a real-life expedition on world's highest mountain — and the unforgiving blizzard that interrupted it. 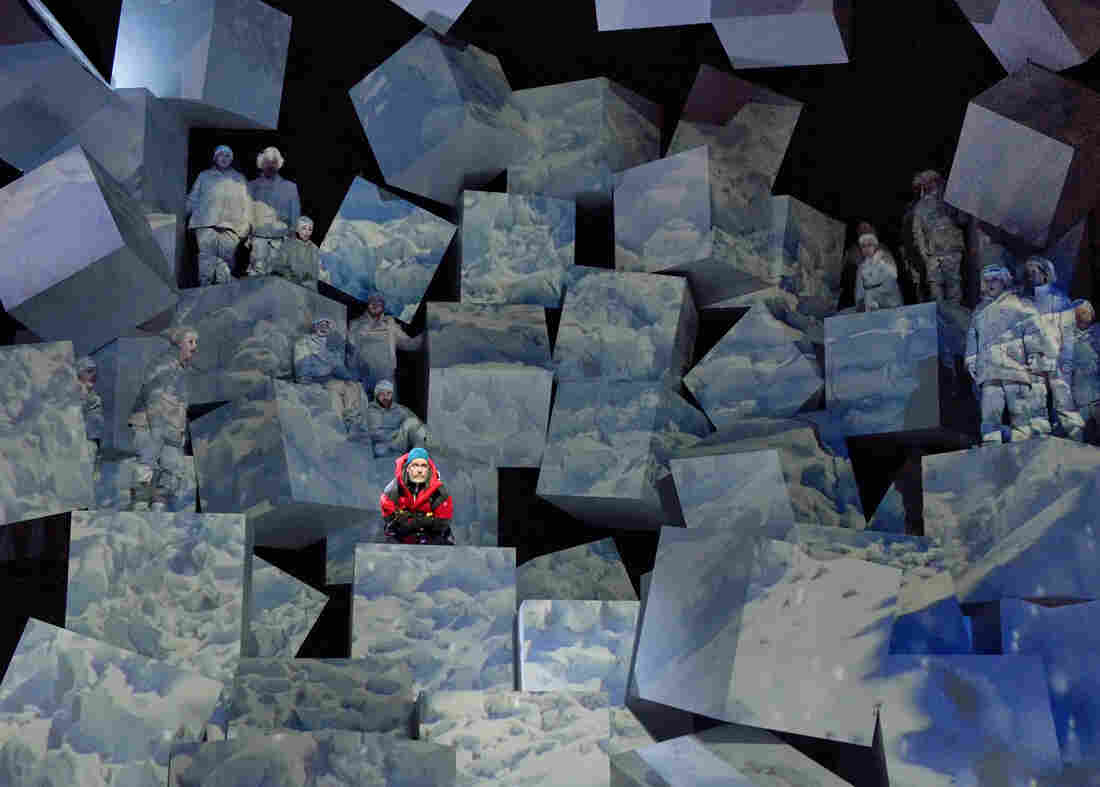 Kevin Burdette stars in Everest as Beck Weathers, a Dallas doctor who survived a deadly blizzard on the mountain in 1996. Karen Almond/The Dallas Opera hide caption 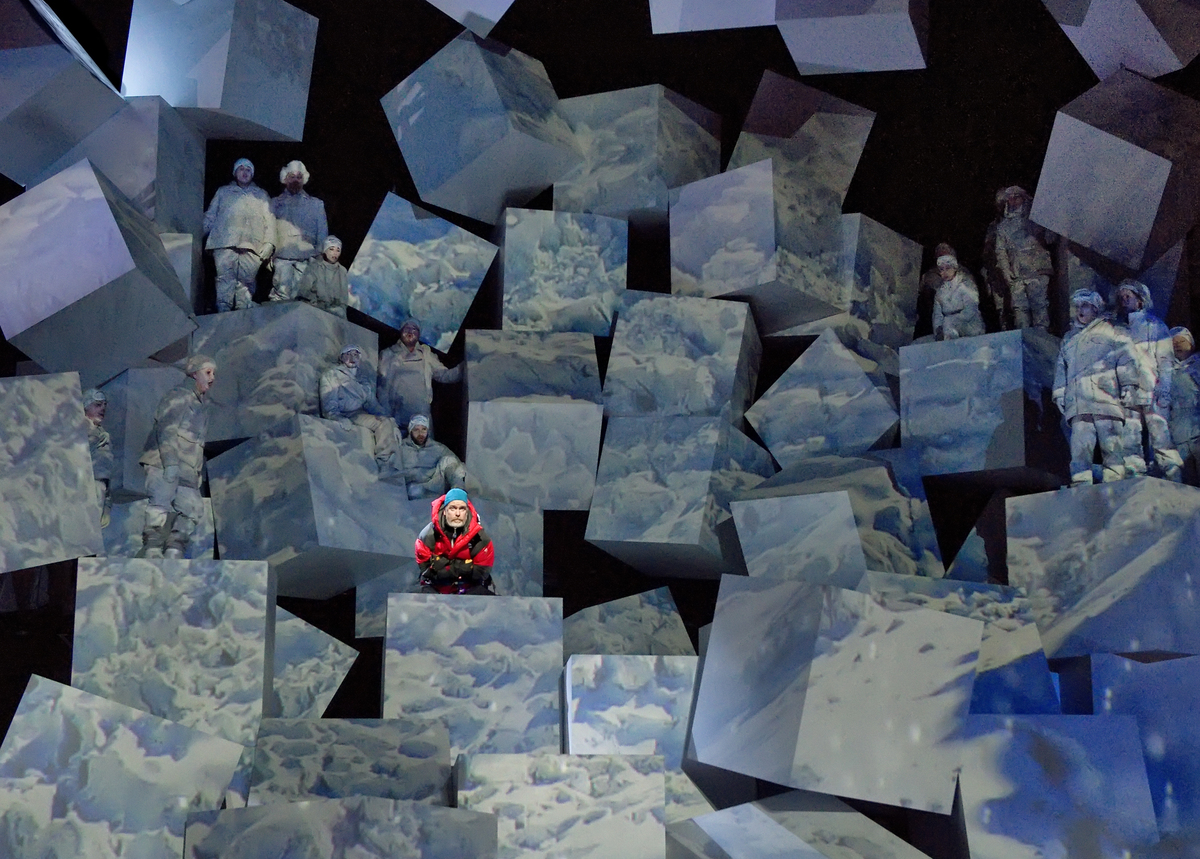 Kevin Burdette stars in Everest as Beck Weathers, a Dallas doctor who survived a deadly blizzard on the mountain in 1996.

Mount Everest is the world's highest mountain and one of the most dangerous, having claimed more than 200 lives over the past century. Until last year's fatal avalanche, the deadliest year in recorded history was 1996: 15 people died, eight of them in a single blizzard. That disaster has been chronicled in at least five books, two documentaries — and now, an opera premiering in Dallas, Texas, simply called Everest.

For years, Gene Scheer was fascinated by the infamous 1996 expeditions. He wrote the libretto for Everest after traveling around the world to interview survivors of that doomed climb.

"It seems to be about both really big sorts of existential themes, coupled with these challenging circumstances these characters found themselves in," Scheer says.

One of the survivors he spoke to is Beck Weathers, a Dallas doctor. At a question-and-answer session that was part of the opera's premiere last week, Weathers said he was near the summit when his eyesight failed. He recalled guide Rob Hall's advice.

"He said, 'I don't want you climbing. And I want you to promise me that you're going to stay here till I come back,'" Weathers recounted. "I said, 'Cross my heart, hope to die, I'm sticking.' It never occurred to me he would never come back."

The job of turning those stories and their setting into music fell to British composer Joby Talbot. The 43-year old has written for film, television and ballet, but this is his first opera. Talbot says he was especially eager to create a sound world around the peak.

"There's the voice of the mountain — that's one of the first thoughts I had," he says. "I was looking for the sound to represent this fickle, terrifying entity. So I was looking for rock cracking under the pressure, and the cold wind perpetually whistling past."

Talbot used percussion instruments to convey the cracking rocks and ice. At certain points, the groaning mountain is evoked by bass drum rubbed with an inflated rubber ball.

"And then, with one of the other bass drums, we've taped double bass strings to the underside of the bass drum so when you hit it, they rattle like a huge snare drum," Talbot explains. He adds with a laugh, "I'm giving you all my trade secrets."

Once the score was written, the Dallas Opera sought singers. When baritone Craig Verm heard about the show, he wanted in — because he's also a climber.

"Joby has brilliantly incorporated lots of breaths," Verm says, "so we can move with our body and gasp for air in between words and between phrases, to give the illusion that we really are suffering from hypoxia."

Hypoxia — lack of oxygen — and cold almost killed Beck Weathers in 1996. He fell into a hypothermic coma after the blizzard blew in, and was left for dead by two different teams, an accepted practice on Everest. Fifteen hours later, he woke up.

"My recollection of it was literally of waking up in my own bed. I looked down and I saw my dead hand on my right arm," Weathers says. "And I hit it, and of course it was completely frozen solid, so it bounced — which actually was a good thing because it brought me out of my reverie and pointed out to me that I was, in fact, not in my bed."

Weathers lost both hands and parts of his face to frostbite — and yet, today, he doesn't regret the trip. "If I knew exactly what happened, every bit of the pain and the misery and everything that was awful about this, I would do it again," he says.

Beck Weathers says he came out of the experience a changed man: No longer arrogant or depressive, he saved a failing marriage. For Craig Verm, the danger of climbing has a different bright side.

"What draws me to performing is the same things that draw me to the mountains," he says. "There is an aliveness, a mixture of being 100 percent physical, 100 percent emotional, 100 percent spiritual experience. And you're exhausted, but you've never been more alive."

Verm and the other members of Everest's cast and crew hope they can make audiences feel the same way.