Accessibility links
What It Means To Play Pablo Casals' Cello : Deceptive Cadence "I would call him the grandfather of classical music of the 20th century," says cellist Amit Peled, who grew up idolizing the late master and now tours with his instrument. 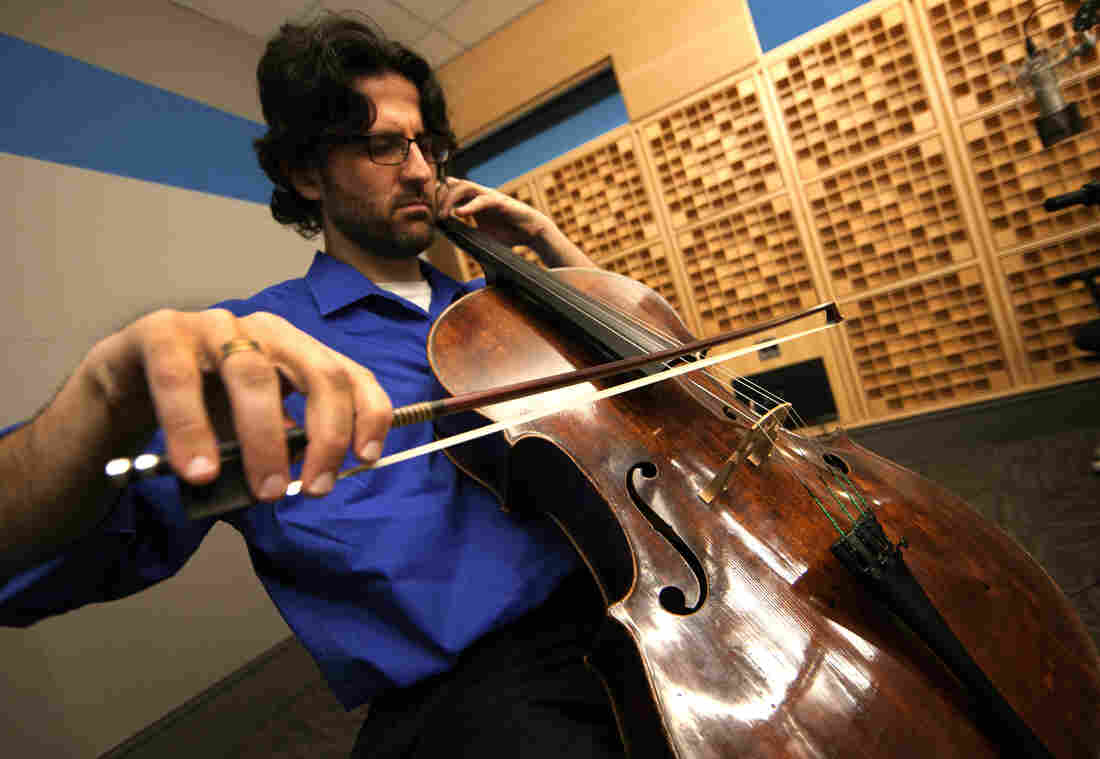 Amit Peled is preparing to re-create a century-old cello recital by Pablo Casals, using the master's own instrument. Here, he shows if off in NPR's Washington, D.C., studios. Colin Marshall/NPR hide caption 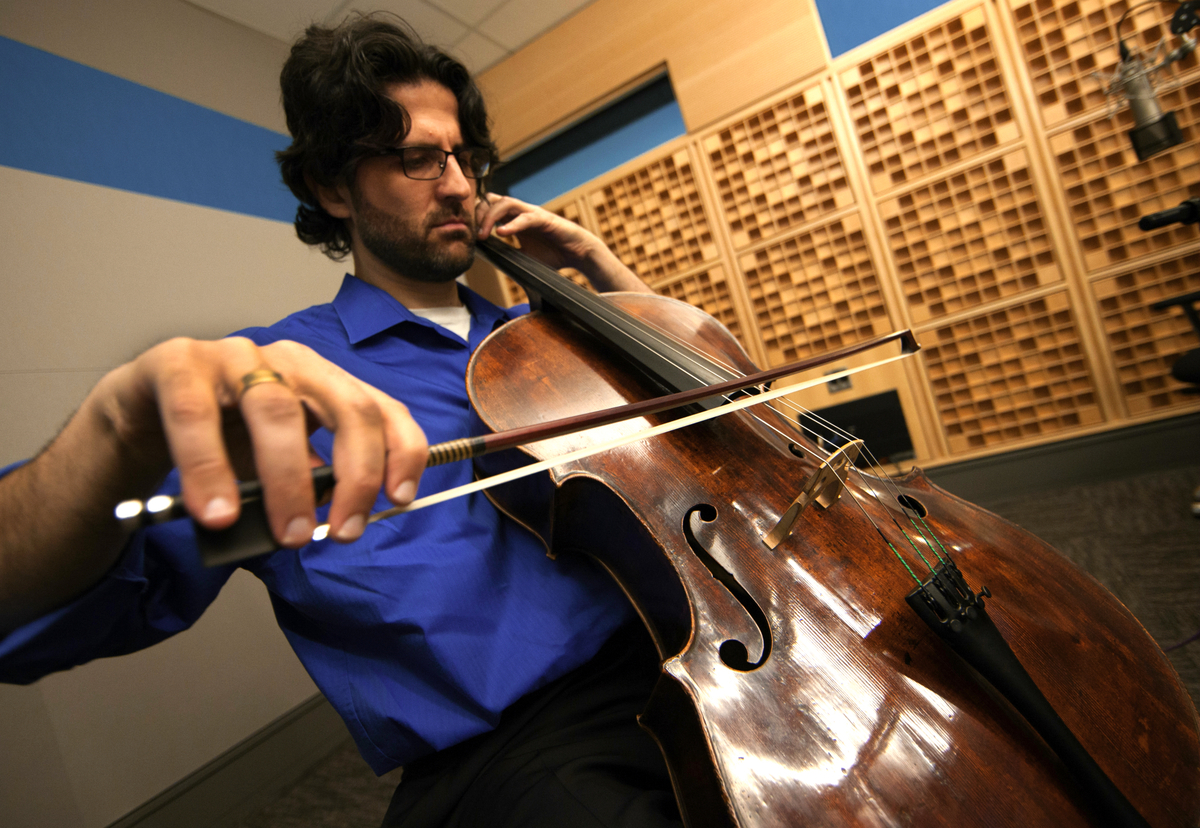 Amit Peled is preparing to re-create a century-old cello recital by Pablo Casals, using the master's own instrument. Here, he shows if off in NPR's Washington, D.C., studios.

When Amit Peled was 10, his parents gave him a gift: a cassette of music by cello master Pablo Casals. Peled had no classical background; his parents were not musicians. He says his own budding interest in the cello was a scam, a way of getting close to a girl in his town who happened to play the instrument. And yet, every night, he would fall asleep with the tape playing from a boombox beside his bed. The music made an impression.

"I would call him the grandfather of classical music of the 20th century — not just for cellists," Peled says. "He really shaped what we know today of how to make a phrase, and was a bridge from the old times, from romantic music, to our day. He played the Brahms Sonata for Brahms. I mean, that link is something that you can't stop thinking about."

On Thursday, Feb. 12, Peled will appear at the Peabody Institute in Baltimore, where Casals gave a recital 100 years ago this week, to perform the exact same program in a live webcast. More than that, he'll do it with the same instrument: Casals' 1733 Goffriller cello, presented to him by the late master's widow.

He joined David Greene in NPR's Washington, D.C., studios to play the instrument and talk about its significance and his own journey to this moment. Hear their conversation at the audio link.

Centuries-Old Cello Is Awakened; Smells Like The Maestro's Pipe

Centuries-Old Cello Is Awakened; Smells Like The Maestro's Pipe

In the second part of a conversation, David Greene talks to Amit Peled about playing the cello of his idol, the late Pablo Casales. Peled performs a recital at Baltimore's Peabody Institute Thursday.

Did you ever go up in the attic or down in the basement and find a really old piece of furniture and think, I could use this? Well, here's someone who can relate.

GREENE: That's Amit Peled. And the piece of wood he's talking about is a centuries-old cello once owned by his idol, the late, great cellist Pablo Casals. As a child, Amit listened to Casals' music on cassette, again and again. And as he told us on yesterday's program, the late maestro's wife loaned him Casals' cello after some probing interviews. We wanted to hear more today about what it was like to first take that cello out of the case.

PELED: Your dream is, OK, I'll take this cello, and I'll put the bow and it will sound like the most amazing cello I remember from that tape cassette from my childhood. But I took it out, and it was like an old man saying to me, why are you bothering me? Let me keep sleeping. What are you doing? And I could smell his pipe. Casals would teach with his pipe on. And the ashes would fall into the cello. He wouldn't care. He loved the cello, but he would just - full of ashes. And you know people who smoke pipe. You smell the pipe through them all the time.

PELED: And I could smell it. The cello was alive in that sense but was dead musically.

GREENE: After some restoration, it is now alive. And he played it for us in our studios.

GREENE: And Amit will play this cello again tonight at Baltimore's Peabody Institute, where he teaches. He'll be performing the same set of music that Casals himself performed at Peabody on this very day a hundred years ago.

PELED: And I like to call it - it's like a good meal, starting with aperitif, which is a Handel sonata. Then comes a big steak, which in this case is a Bach suite. And then, second half, it's all desserts.

GREENE: These will be some more fun pieces that you play there.

GREENE: I love the metaphor. So you are making a cello recital cool again?

PELED: That's exactly what I want to do.

GREENE: Amit, I don't know. Do we say break a leg for a cello recital?

PELED: You can say break a leg.

PELED: I just hope to stay alive after this recital. It's little bit of pressure.

GREENE: Well, thank you for coming in and chatting with us.

GREENE: That's Amit Peled, playing on the cello that belonged to his idol, Pablo Casals.