Accessibility links
Multifaceted Music Critic Andrew Porter Dies At 86 : Deceptive Cadence Best known in the U.S. as a longtime music critic of The New Yorker, Porter was also a scholar, translator and director of opera. 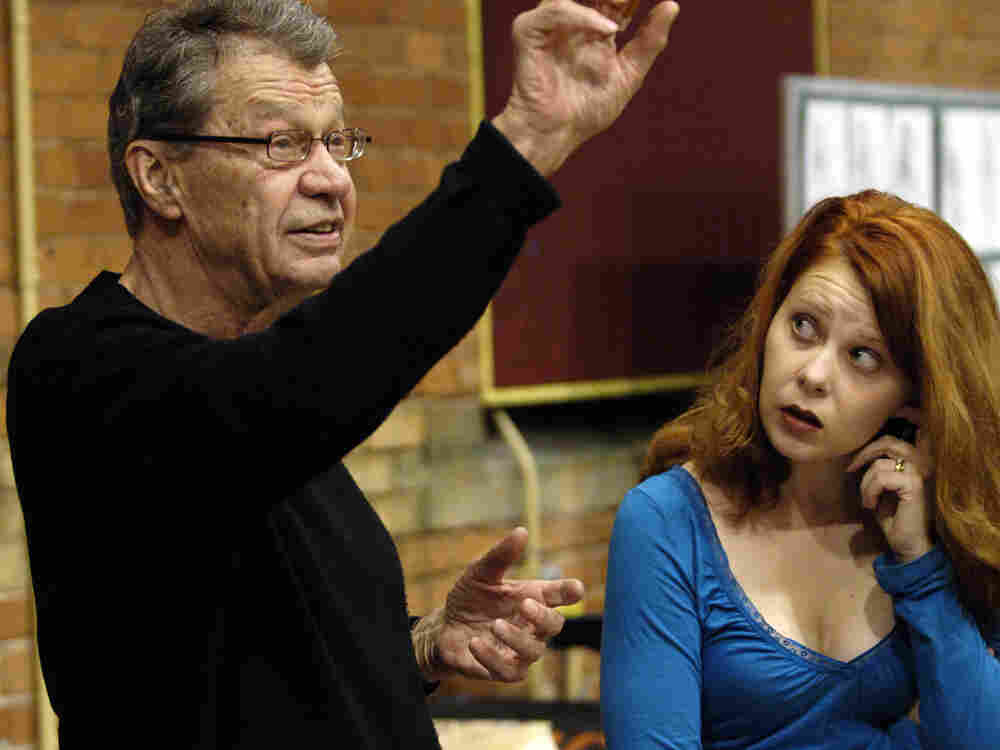 Andrew Porter, a renowned music critic and scholar and translator of opera, died early today in London's Chelsea and Westminster Hospital. His twin sister, Sheila Porter, told NPR his death was the result of complications from pneumonia. He was 86.

Among an unusually wide range of pursuits, Porter is perhaps best known in the United States for a two-decade stint as music critic of The New Yorker that concluded in 1992. He often took readers on expansive routes to his main subjects. In writing about soprano Beverly Sills' farewell performance, Porter opens a window into her entire career, her vocal traits and the operas she sang. In reviewing of a series of Beethoven concerts by pianist Alfred Brendel in 1983, Porter explores not just the performer and the music but a wide swath of other pianists, some judged without reserve:

"In May, Vladimir Horowitz played a recital in the Metropolitan Opera House that began with a grotesque Opus 101 (which Brendel played the week before), distorted as if to validate the contentious conclusion of the New Grove entry on him: 'Horowitz illustrates that an astounding instrumental gift carries no guarantee about musical understanding.' Then came Schumann's Carnaval — clattery and pointlessly eccentric. A Chopin group after intermission brought some traces of the old wizard. The thumbnail characterizations in The Book of the Piano say of Horowitz that 'even at his most provocative and controversial, he compels his critics to suspend judgment, listen, and marvel.' Not this time."

Tim Page, former music critic of The Washington Post and now a professor of music and journalism at USC, says that first and foremost Porter was a scholar. "Some thought perhaps the scholarship sometimes overtook the criticism because he included so much background information," Page says. It was a departure for a New Yorker music critic.

"He really changed the definition of the gig in that he really examined music in great detail and taught you a lot about music," Page says. "He also had a lot of space to write."

Composer Virgil Thomson, a critic himself, said of Porter: "Never before has The New Yorker had access through music to so distinguished a mind."

He really changed the definition of the gig in that he really examined music in great detail and taught you a lot about music.

Porter was born in Cape Town, South Africa in 1928. As a teenager he studied organ at University College, Oxford. His career as a critic began in London with contributions to newspapers including the Daily Telegraph and The Times. In 1952 he joined the Financial Times. Porter also wrote for Gramophone and Opera magazine, the latter of which he served as a contributor, associate editor and editorial board member over the course of more than 60 years. His New Yorker career began with a one-season temporary appointment in 1972-73; after a stint in England he returned to the magazine in 1974. His New Yorker reviews were collected into five books, including his A Musical Season.

Porter was also active in broadcasting and took radio seriously. Page, an undergraduate at Columbia University's student station WKCR in the late 1970s, remembers the older critic as a regular listener.

"We'd have Elliott Carter, Frederic Rzewski and Philip Glass on the air and then we'd see an article about it in The New Yorker." Page says Porter initially embraced the minimalism movement but in time cooled toward it.

Opera was one of Porter's primary fixations. He wrote librettos for Bright Sheng's The Song of Majnun and John Eaton's The Tempest. Porter also created English translations of numerous operas, including works by Handel, Mozart, Rossini, Haydn and Wagner's entire Ring cycle. The latter was recorded by conductor Reginald Goodall and described by the BBC as "one of the greatest achievements of Wagner interpretation on disc."

"I always try to translate in a way that sings," Porter told broadcaster Bruce Duffie in 1988. "It's not something one can achieve, but it is an aim to translate in such a way that the words sing along with the music almost as if they'd been written that way." Porter's translation of Mozart's Magic Flute has been widely performed.

Verdi, too, was an obsession. Porter's scholarship unearthed the original, complete version of Don Carlos in the library of the Paris Opéra.

As a critic, Porter had strong opinions about his occupation. He felt editors should never make cuts. If the piece needed to be shortened, it should be trimmed by the critic: "That way you keep control of it." Porter also knew many of the people he wrote about, "which is not the custom in the United States," Page says. "But he felt it gave him further insight into the music and the scene."

Porter was always truly interested in the music, Page says: "He never soured." In a 1979 review, Porter expressed his enthusiasm for his craft as a critic.

"Musicians delight in sharing their discoveries and enthusiasm," Porter wrote. "Performers champion works they love. And one of the rewards of a music critic's life is being able to share delight with more than an immediate circle of acquaintances."

And so many people are grateful Porter did just that for so many years.