Accessibility links
Julia Wolfe Wins Music Pulitzer For 'Anthracite Fields' : Deceptive Cadence The composer is the second from the New York music collective Bang on a Can to win the award with a choral work. Her oratorio explores the lives of coal miners and their families a century ago. 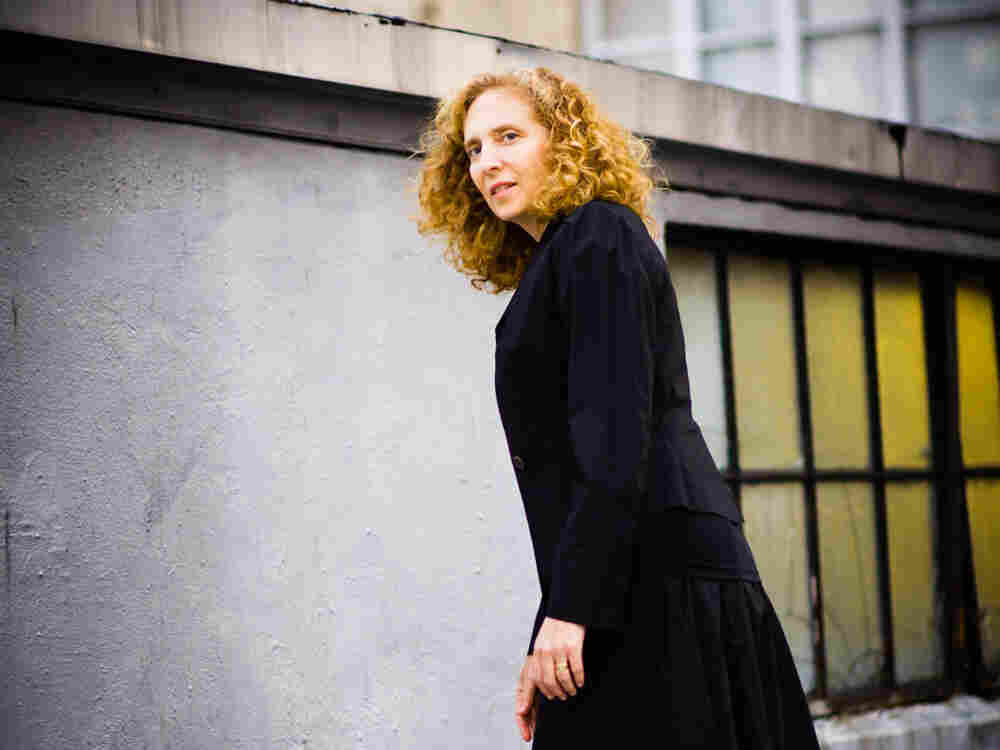 Composer Julia Wolfe has won the 2015 Pulitzer Prize for music for Anthracite Fields, an oratorio about coal miners and their families. Peter Serling hide caption

Julia Wolfe, a composer associated with the New York music collective Bang on a Can, has won the Pulitzer Prize for music for Anthracite Fields. The Pulitzer jury described the piece as "a powerful oratorio for chorus and sextet evoking Pennsylvania coal-mining life around the turn of the 20th century." The hourlong work was commissioned by the Mendelssohn Club of Philadelphia, which gave the world premiere, along with the Bang on a Can All-Stars, April 26, 2014 in Philadelphia.

Wolfe, a co-founder of Bang on a Can and a former finalist for the prize, is the second composer from the group to win a Pulitzer. David Lang, another co-founder, won in 2008 for The Little Match Girl Passion, also a choral work. The two other finalists in the music category this year were Lei Liang, whose piece Xiaoxiang was described as a concerto for alto saxophone inspired by a widow's wail, and John Zorn, whose piece The Aristos is a "demonstration of the brain in fluid, unpredictable action" for violin, cello and piano.

By telephone Monday afternoon, the 57-year-old composer, originally from Pennsylvania, spoke with me from her home in Manhattan, where she had been reveling in the news with Lang and another Bang on a Can co-founder, her husband, Michael Gordon. Wolfe took more than a year to write and research the work, visiting museums and interviewing miners. While talking to one daughter and granddaughter of miners, Wolfe discovered that in the small mining villages women spruced up their impoverished existences with gardens and flowers. That image, and a list of those flowers, forms one section of the piece.

Tom Huizenga: The piece is almost a public history project and a music project at the same time.

Julia Wolfe: Yes. With this piece, and the piece before, Steel Hammer, I return to this fascination I have with labor history and somehow finding a way to tell that story in music. I wrote the text — I really gleaned the text — because I'm taking from oral histories and political speeches and texts of ballads. So it was a very interesting coming home. There's definitely a little history and an interesting way of looking at ourselves. It's not a literal narrative. It really is getting at the story from many different angles.

Huizenga: Tell us a little about how the piece is structured and how it's put together.

Wolfe: It's written for choir — it's flexible how large the choir can be — and the Bang on a Can All-Stars. This spectacular ensemble, the All-Stars, is really my home band, an amplified sextet. It's in five movements. The very first movement is called "Foundation." What I did was create a sound world that sounds very deep and low, resonant. So you have Robert Black playing the very bottom of the double bass and Mark Stewart scrubbing with something like a kitchen whisk on his electric guitar to create this reverberant, very low sound. And the text is just a list of miners' names. I found this index of injuries in the Pennsylvania coal mines. It's really sadly long. So I wound up just setting the "Johns" with one-syllable last names in alphabetical order. So you have John Ash, John Banes, John Bates, down the list.

"The Breaker Boys" is a movement, very high energy, almost rock 'n' roll adolescent energy, about the boys who worked in the mines. The third movement is "Speech," and that's the speech of John L. Lewis [longtime head of the United Mine Workers of America], and the fourth movement is "Flowers." The last movement takes us into contemporary times and is called "Appliances." I'm just trying to find a way to tie it to who we are today. Everything that you do — bake a cake, drill a hole — that uses energy is because we actually still use coal. So we are a part of the story.

Huizenga: What do you hope the listener takes away from this piece?

Wolfe: One thing that is really important to me was to honor that life. It's not like nobody knows the history but it's not necessarily mainstream history. The politics are very fascinating, the issues about safety and the consideration for the people who are working and what's involved in it. I really wanted to leave it open for people to think. I didn't want to hammer them over the head and say, "Listen to this. This is a big political issue." It really was, "Here's what happened. Here's this life and who are we in relationship to that?" We're them. They're us. And, basically, these people, working underground, under very dangerous conditions, fueled the nation. That's fascinating and very important to understand.

Huizenga: What about your career now? How does winning this Pulitzer change it?

Wolfe: I feel like it shines a light on the work of an individual and where they are coming from. I think of myself as a renegade. Probably I'm not supposed to say that. Someone else is supposed to say that about me. But I've always been someone who challenges the system and tries to reach for something beyond the status quo, not do business as usual. Somehow my mother has survived that [laughs]. This idea that you go your own route is very strong inside of me and so when you get recognition, the thing that is gratifying is that somebody says, "Hey that's great. We appreciate what you're striving for." And this is one of those moments. I feel very fortunate, even before the Pulitzer, to have a wonderful life in music working with amazing musicians. But this is one of those moments where the light shines on that so I would hope it supports that, supports reaching for something outside of the box.

A recording of Anthracite Fields will be released in September.