Accessibility links
Get Out And Hear Some New Music This Summer : Deceptive Cadence From fully staged operas to intimate chamber pieces — at seaside settings and mountain vistas — summer festivals this year offer a broad array of modern music.

Get Out And Hear Some New Music This Summer

Get Out And Hear Some New Music This Summer 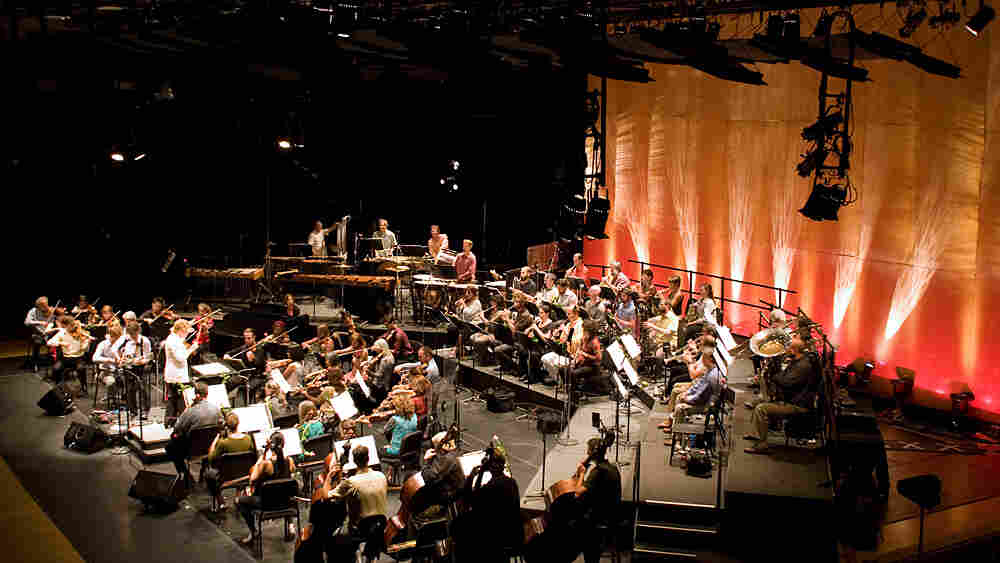 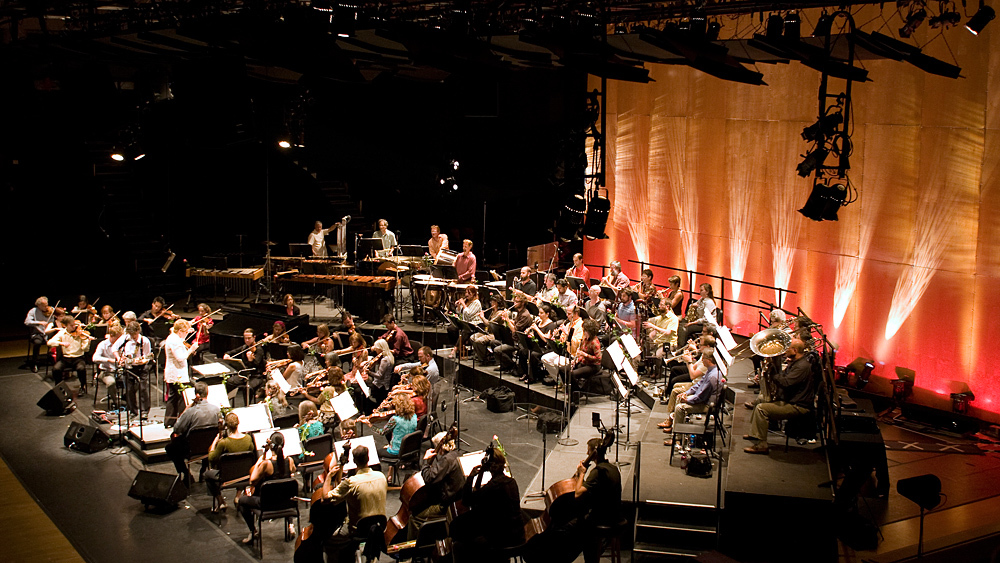 Music director and conductor Marin Alsop leads the orchestra at the Cabrillo Festival, which has championed new music for 53 seasons.

Now that the weather, at least in much of the country, has turned from polar to pollen vortex, it's time to start mapping out musical road trips. This year bodes well for exploring contemporary work. There are new-music meccas like California's Cabrillo, where all the music is current. At other festivals, like New York's Mostly Mozart, the classics mingle with the contemporary — this year spotlights 55-year-old British composer George Benjamin. And still others, like the Bard Festival, offer rare glimpses into forward-thinking composers from the mid-20th century. There's a little something for all tastes in this shortlist of summer fests featuring new music.

The new music highlight this season is the world premiere of the fully staged production of The Classical Style, an opera by composer Steven Stucky with libretto by pianist Jeremy Denk (July 30, Aug. 1). The cerebrally comedic drama is inspired by the 1971 scholarly tome of the same name by pianist Charles Rosen, which examines the composing styles of Mozart, Beethoven and Haydn, each of whom appears in the opera. The one-act opera The Cows of Apollo (or the Invention of Music) by Christopher Theofanidis shares the bill. Robert Spano conducts.

Each year this enterprising festival focuses on a single composer. This year, it's a full immersion into the music, life and times of Mexican composer Carlos Chavez, an indefatigable ambassador for modern Latin American composers in the first half of the 20th century. Chavez's orchestral music is explored beside that of such contemporaries as Silvestre Revueltas and Heitor Villa-Lobos (Aug. 15) and chamber music is featured, along with commentary by festival co-director Leon Botstein (Aug. 7).

The virtuosic vocal ensemble Roomful of Teeth's first album, filled with new compositions and commissions, won a Grammy last year. The eight singers will perform some of that music, including Teeth member Caroline Shaw's Pulitzer-winning Partita (Aug. 4), pieces from their new album (Aug. 5) and a new work by Wally Gunn (Aug. 6) in concerts that include the impressive Attacca String Quartet. (Watch Roomful of Teeth play a Tiny Desk Concert.)

Not surprisingly, it's another embarrassment of riches from the 53-year-old festival dedicated solely to contemporary orchestral music. There's the U.S. premiere of James McMillan's Percussion Concerto with soloist Colin Currie and the West Coast premiere of Mason Bates' Anthology of Fantastic Zoology (Aug. 7). Festival director Marin Alsop leads the world premiere of Eating Flowers by Hanna Lash, plus Philip Glass' Double Concerto for Violin and Cello, with Tim Fain and Matt Haimovitz, and Nico Muhly's Wish You Were Here (Aug. 15). This year's festival lines up no fewer than 12 composers-in-residence, including Muhly, Lash, Missy Mazzoli, Huang Ruo and David T. Little.

The late Lorin Maazel's summertime festival argues its case for new music with the world premiere of Derrick Wang's opera Scalia/Ginsburg (July 11, 17, 19), a comedy based on U.S. Supreme Court Justices Ruth Bader Ginsburg and Antonin Scalia. Ginsburg will be on hand to share her love of law and opera in a lecture and performance featuring Castleton students (July 11).

Although it's decades old, the unpredictable music of American outsider composer Harry Partch (1901-1974) still sounds absolutely fresh. Partch is in the spotlight as director Heiner Goebbels and Ensemble Musikfabrik present his last large-scale work, Delusion of the Fury (July 23, 24). Also, vocalist and percussionist David Moss recreates part of Partch's diary Bitter Music, an account of the composer's days as a hobo in the mid 1930s (July 23).

Here's a chance to luxuriate in the music of George Benjamin, considered one of the most accomplished composers of his generation. The 55-year-old London native is the composer-in-residence at Mostly Mozart. His gripping opera Written on Skin, starring the irrepressible Barbara Hannigan and conducted by New York Philharmonic music director Alan Gilbert, receives its U.S. stage premiere (Aug. 11, 13, 15). The composer's one-act opera Into the Little Hill is also staged (Aug. 16) and pianist Pierre-Laurent Aimard offers a recital including Benjamin's Shadowlines (Aug. 17).

With nine world premieres and 40 American premieres behind it, the Santa Fe Opera has made a strong case for new music since 1957. This year, the company offers the world premiere of Pulitzer winner Jenifer Higdon's first opera Cold Mountain (Aug. 1-22). Based on Charles Frazier's best-selling historical novel, the opera stars Nathan Gunn and Isabel Leonard. Higdon told us last fall that she has been carrying the opera's characters with her for about two and a half years. "I've been pretty absent from the present day world for some time," she said. "That type of concentrated creativity has been amazing to experience."

A flurry of new and modern music blows through the Charleston-based festival this year, including the world premiere of Huang Ruo's opera Paradise Interrupted. The Westminster Choir sings David Lang's 2008 Pulitzer-winning The Little Match Girl Passion (May 30-31), while the mechanistic orchestral score for the Bill Morrison film Decasia, by Lang's Bang on a Can cohort Michael Gordon, is performed live with the movie (June 1). Also, Tan Dun's Concerto for Orchestra — a piece for what the composer calls the "Orchestra of the Future" — is included on a Spoleto Festival Orchestra concert (May 26).

In case you missed the LA Opera's revival earlier this year of John Corigliano's brilliant The Ghosts of Versailles (1991), you can head to Vienna, Virginia for a more intimate production. The characters from Rossini's Barber of Seville and Mozart's Marriage of Figaro do their best to entertain the ghost of Marie Antoinette at the Barns at Wolf Trap (July 10-18).