Accessibility links
After Thaw, Minnesota Orchestra Returns To Cuba : Deceptive Cadence This week, the ensemble became the first professional U.S. orchestra since 1999 to play in Cuba — 86 years after its first visit to Havana. 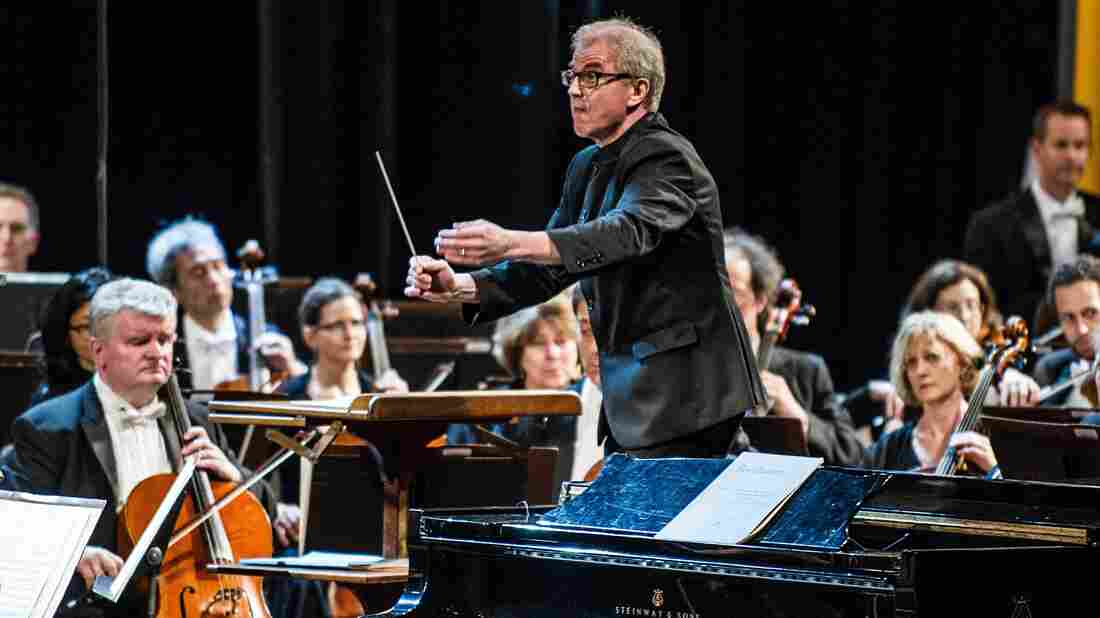 The Minnesota Orchestra under the direction of conductor Osmo Vanska (center) performs during a concert at the Cuban National Theater in Havana on Friday. Yamil Lage/AFP/Getty Images hide caption 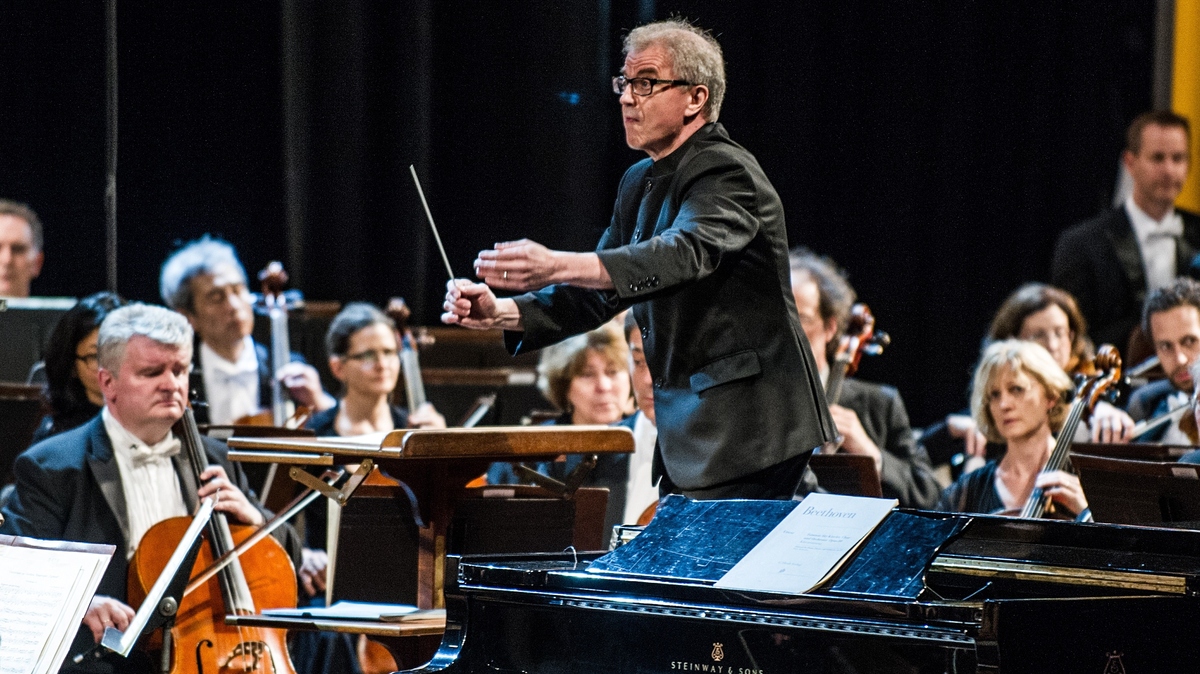 The Minnesota Orchestra under the direction of conductor Osmo Vanska (center) performs during a concert at the Cuban National Theater in Havana on Friday.

The Minnesota Orchestra plays Havana this weekend. It's the first professional U.S. orchestra to perform in Cuba since the United States and the island nation began the process of normalization last December. For the musicians, this trip is about healing — both diplomatically and for themselves.

The trip is also one of firsts. The Minnesota Orchestra took the first direct flight ever from Minneapolis to Havana on Wednesday. It required special federal approval. More importantly, for an island as steeped in music as Cuba, this was the first major orchestra to visit since the Milwaukee Symphony Orchestra toured for two days in 1999. 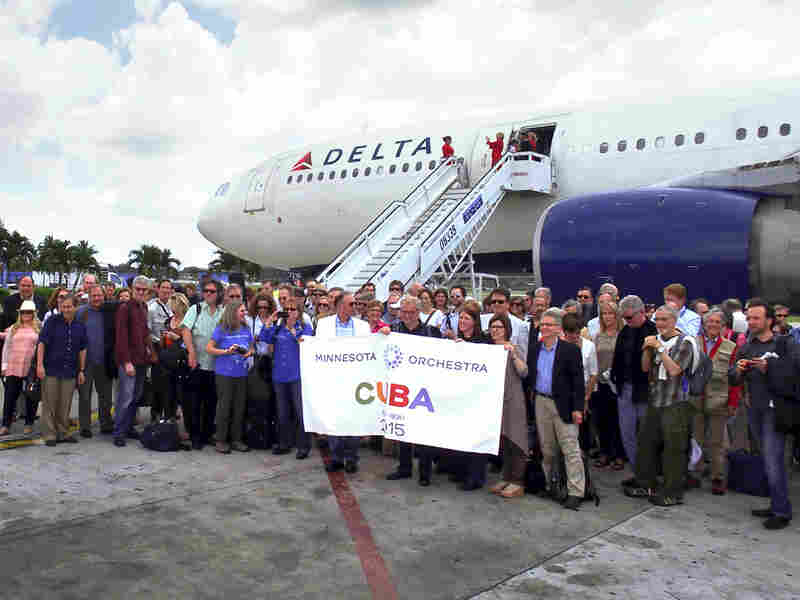 The Minnesota Orchestra is the first major U.S. orchestra to perform in Cuba since 1999. Euan Kerr hide caption

Even as the orchestra held its first rehearsal in the Teatro Nacional, people drifted into the theater and backstage, listening to the power of the music coming off the stage.

It's a small miracle this tour is happening. The joint announcement Dec. 17 from Presidents Obama and Castro relaxing longstanding restrictions on travel and commerce launched an orchestral race: Which from the U.S. would be first to perform on the island?

Minnesota won. It pulled off an organizational and logistical coup by being prepared to travel in just months. The Cuban authorities also reportedly liked that back in 1929, the first international tour of what was then the Minneapolis Symphony Orchestra was to Havana. The Beethoven program for the first of this weekend's two concerts replicated that performance of 86 years ago.

Minnesota Orchestra Music Director Osmo Vänskä says that building connection with Cubans is vital. "In a way, the best thing psychologically about the trip is the way we are working together with people here," Vänskä says. "They are working with us and that's the whole idea."

This the first major tour for the Minnesota Orchestra since the end of a bruising 16-month musicians' lockout. There were times during that contract dispute when many fans wondered if the orchestra would survive. Now, 16 months after the settlement and a management shakeup, the former antagonists are sharing an adventure.

Kevin Smith is the new Minnesota Orchestra president. The trip was his idea, in part to show that the organization could move quickly, which he says is a necessity in the modern orchestral environment. Standing in the crowded lobby of the Teatro National, he said it's worked well. 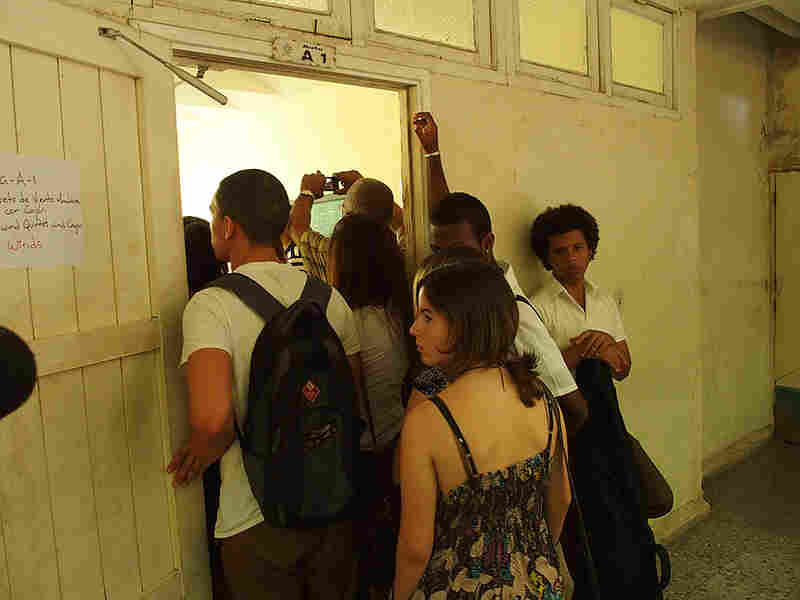 Students at the Escuela Nacional de Arte in Havana huddle around a doorway during a master class given by members of the visiting Minnesota Orchestra. Euan Kerr hide caption 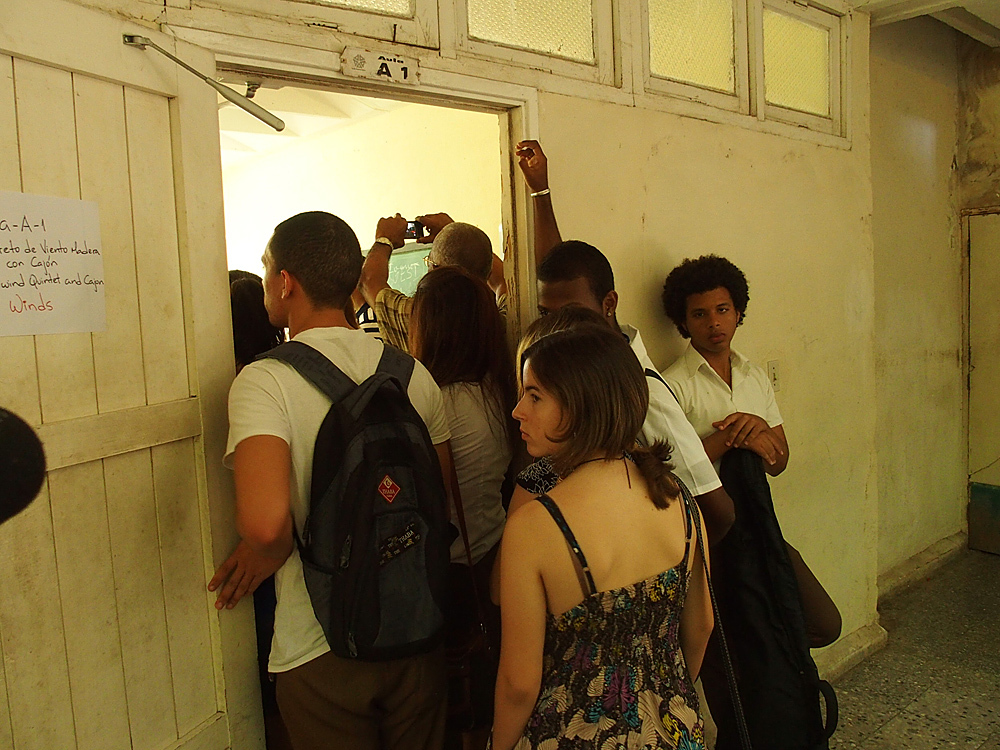 Students at the Escuela Nacional de Arte in Havana huddle around a doorway during a master class given by members of the visiting Minnesota Orchestra.

"To get back together and with this amount of excitement and energy — to do something extraordinary as this, it's just never happened before," Smith said. "So it's not just a matter of getting back, it's a matter of moving beyond. And I think we are doing it."

There were more than just concerts on the menu for the Minnesota Orchestra musicians. They traveled to local music schools to hold master classes. Friday they held a side-by-side rehearsal with Cuba's national youth orchestra. Students shared music stands with the Minnesota players, switching off with the professionals as they played under Vänskä's direction. The students were clearly exhilarated, and there were a few moments of terror when Vänskä focused on them individually.

The ensemble, some 200 strong, played music by Tchaikovsky and Borodin before moving on to a piece by the head of the school, Guido López-Gavilán. He took the podium and had the players tap out the Cuban rhythms in the piece on their instruments.

Everyone came away with a smile, but none bigger than López-Gavilan at hearing his students and the Minnesota Orchestra play his music.

Minnesota Orchestra double bass player Kathryn Nettleman says that to be in Cuba at this time, sharing music after having survived the turmoil of the labor dispute, has been the experience of a lifetime.

"And I think that's a testament to what can happen when people dream and believe and work hard together," she says. "That's what an orchestra is — it's a group of people on a stage doing that."