Accessibility links
Songs We Love: Nordic Affect, 'Clockworking' : Deceptive Cadence A quartet of Icelandic women imagines the clicks and whirs of a giant clock. The blend of strings and electronics mimics the interaction of humans and machines. 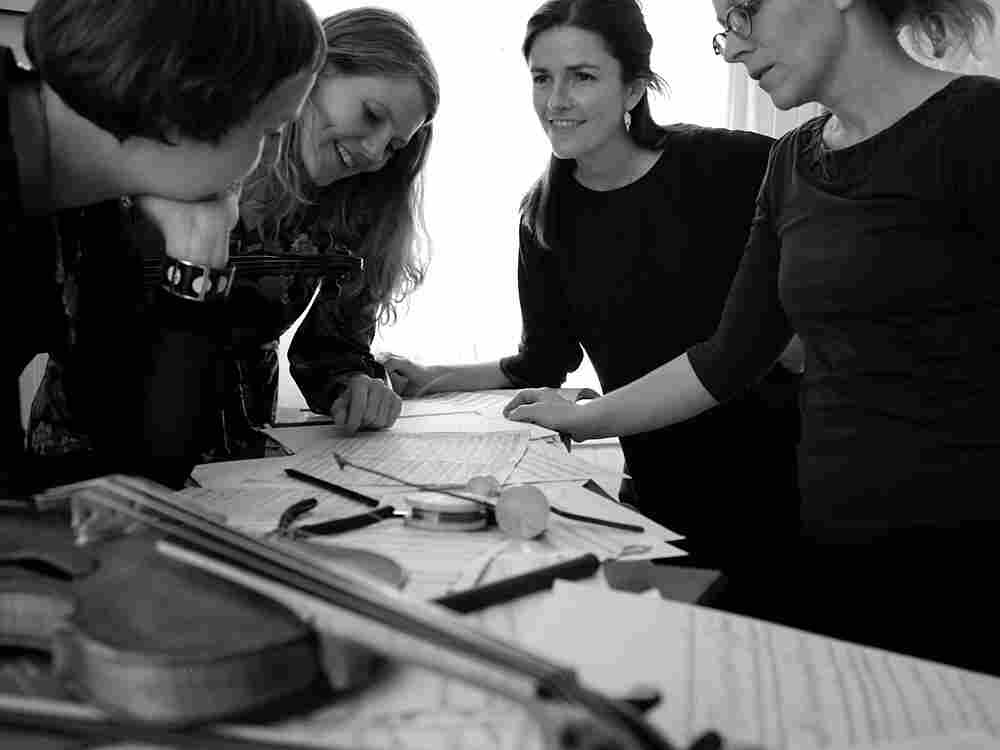 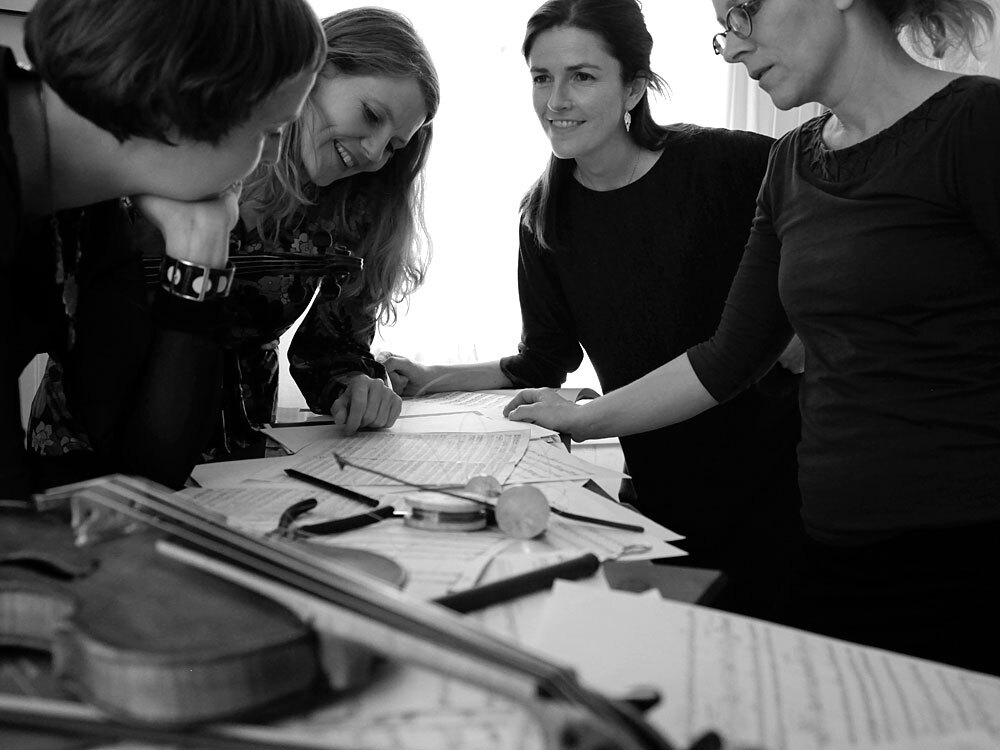 Iceland might be small and isolated but the country's music scene is substantial, resonating far beyond the island nation. One Icelandic group that thrives on both new and old classical music is Nordic Affect. Formed in 2005, the quartet of women is equally at home playing 17th century dance music and newly commissioned works like Clockworking, the title track from its forthcoming album.

Once the piece gets up to speed, from its slowly churning opening, you feel like you've stepped inside a giant clock. Gears of various sizes click and spin at their own pace — some interlock, others whir along independently. The effect is calming, a Gothic stateliness.

Nordic Affect's artistic director Halla Steinunn Stefánsdóttir thinks of Clockworking as an rendezvous between human and machine. It harks back to a time, she says, when "rhythmical repetitions permeated life, be it through the chopping of wood, making of butter or spinning of yarn."

The sounds come from a trio of strings — violin, viola and cello — plus electronics. It's the brainchild of composer María Huld Markan Sigfúsdóttir, member of the indie band amiina, which served as the string section for Sigur Rós. And one more indie Icelandic connection: Clockworking was mixed by Valgeir Sigurðsson, the proprietor of Greenhouse Studios and an engineer who's frequently teamed with Iceland's greatest export — Bjork.