Accessibility links
One Feisty Victorian Woman's Opera Revived : Deceptive Cadence A skilled mountain climber who knew Tchaikovsky and Brahms, Ethel Smyth was a big personality whose politically charged opera The Wreckers gets its first fully staged production in the U.S. 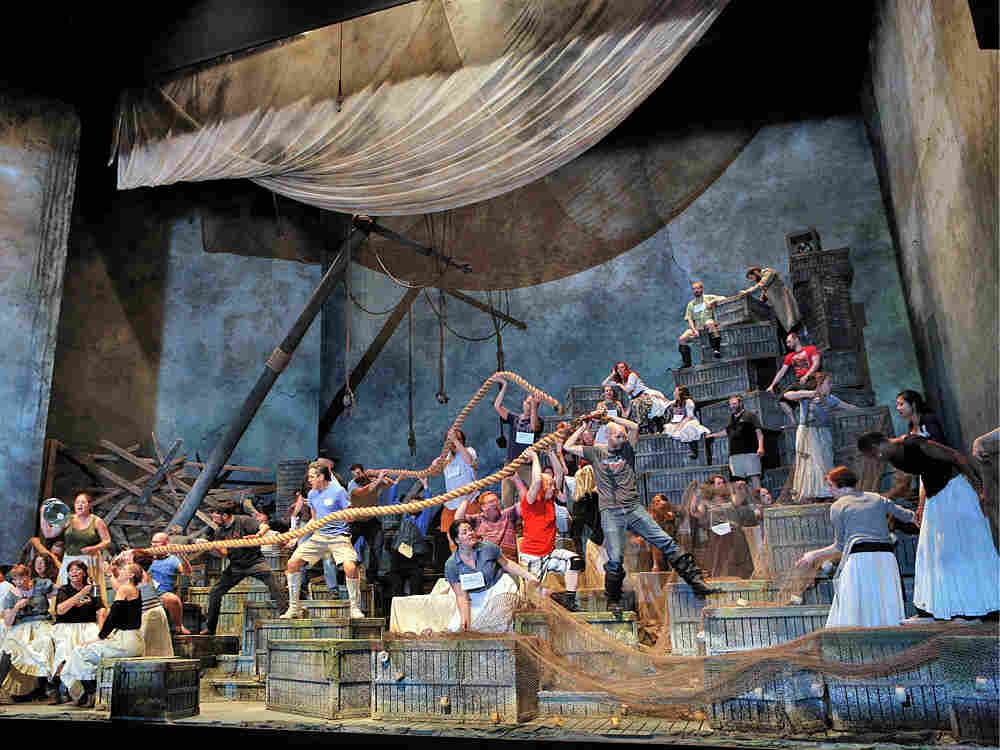 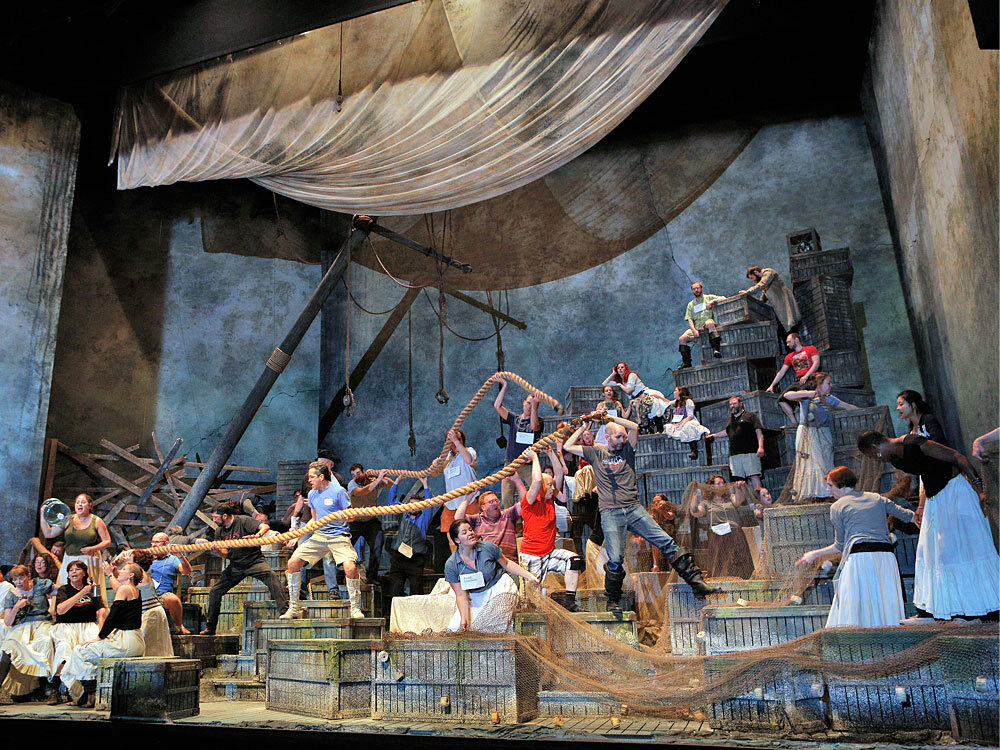 A rehearsal for the first fully staged U.S. production of Ethel Smyth's 1904 opera The Wreckers at the Bard Music Festival in Annandale-on-Hudson, N.Y.

Ethel Smyth was not your typical Victorian lady. She defied her father, a stern army general, to pursue a career in music. She loved women, played sports and played an important role in the women's suffrage movement in Britain in the early 20th century. Along the way she composed chamber and orchestral music, an acclaimed Mass and six operas.

Smyth's music was as dramatic as her life, but today both are largely forgotten. Leon Botstein is doing his best to correct that. He's head of Bard College in upstate New York, where he conducts the first full U.S. staging of Smyth's 1904 opera The Wreckers Friday night.

"We are really in the reclamation business of neglected masterpieces and this is certainly one of them," Botstein says. "It's only helped by the fact that Ethel Smyth was a truly larger-than-life character, and a woman." A woman — especially at the turn of the 20th century — who was not supposed to do the things that Smyth did — like hunting, mountain climbing, falling in love with Virginia Woolf and of course composing. Sure, Botstein says, there were women composers back then, but the male music establishment had certain expectations.

"A woman composer might have been tolerated to write dance music or ethereal types of music that befit some kind of stereotype of the feminine," Botstein says. "So in a sense, people were offended not only that she was a composer but the kind of music she wrote in no way could have been, on a blindfold test so to speak, identified as have being written by a woman." 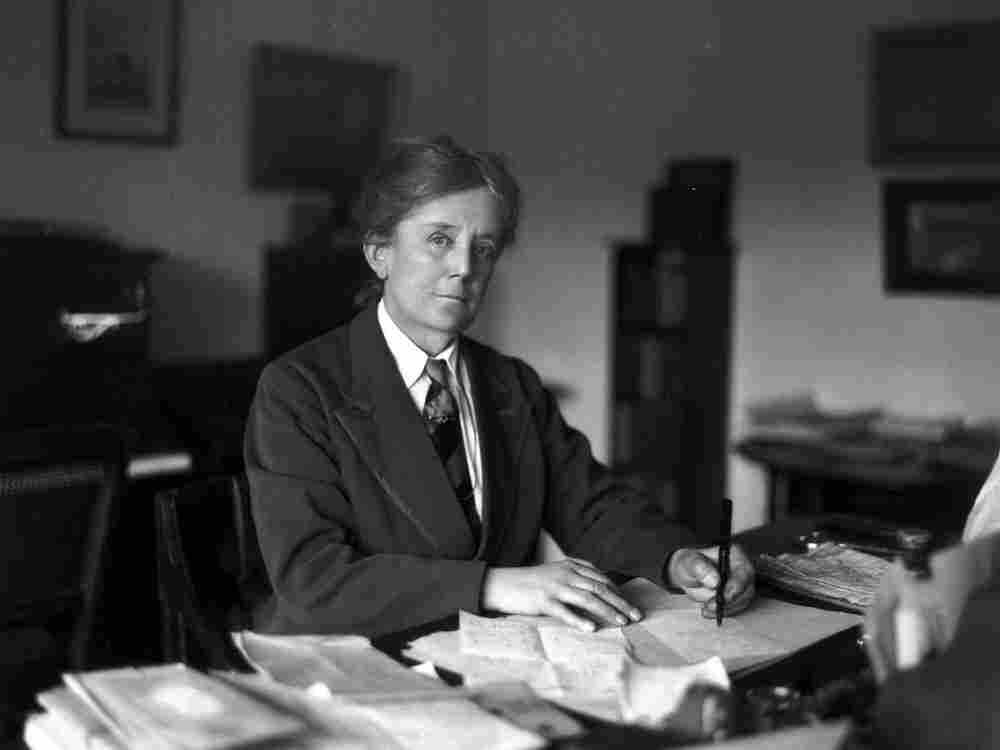 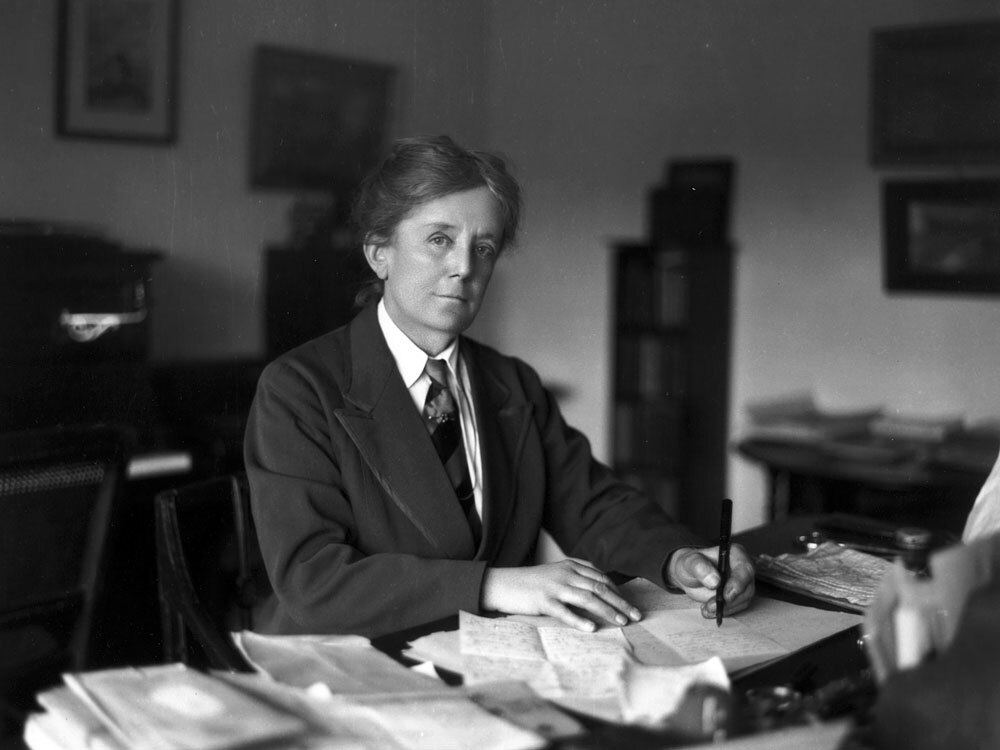 "The score is fearless," Botstein says. "Maybe that's what they thought was masculine about it." And maybe that's why Smyth, with all of her in-your-face attitude, ran afoul of the group she called the "Male Machine."

"These were the men who ran the press, ran the Royal College, the professors, the heads of institutions who really were misogynist, homophobic and enjoyed turning her into a figure of fun and ridicule," says Elizabeth Wood, a musicologist who's written extensively on Smyth.

Partly, these men despised her politics. In 1910, Smyth took a detour from composing to activism, falling in love with Emmeline Pankhurst, the charismatic leader of the women's suffrage movement.

"And of course in her typical fashion she bullied her way into being very close to Mrs. Pankhurst, possibly lovers," Wood says. When Pankhurst called on suffragettes to smash the windows of politicians opposed to voting rights for women, Smyth was there.

"At exactly 5:30 one memorable evening in 1912," Smyth recalled on a 1937 BBC broadcast, "relays of women produced hammers from their muffs and handbags and proceeded to methodically smash up windows in all the big London thoroughfares. Nearly 200 women were arrested that evening."

Among the women were Smyth and Pankhurst. "The two were imprisoned together," Wood says. "And their famous story of course comes from that of Ethel conducting the prisoners in the yard below her, with her toothbrush, as they sang and marched to her famous song "The March of the Women."

The song, written by Smyth in 1911, became an anthem for the suffrage movement. Her passion for activism and politics also found its way into the plot of The Wreckers.

She draws a sword on behalf of a variety of very hot political issues.

"She draws a sword on behalf of a variety of very hot political issues," Botstein says. "So the other thing about this opera which appealed to me especially today is the whole question of justice, the state and religion."

The story is no tender La bohème tear-jerker. It concerns an isolated coastal community in Cornwall which lures passing ships to crash on the rocks so villagers can plunder the goods and murder the crew. All in the name of God. At the end, a pair of illicit lovers tries to stop the gruesome practice and is condemned to death by the townsfolk.

"One of the things this opera does, which is so powerfully present, is that it shows that majority consensus — groupthink — is very dangerous," Botstein says. "The intolerance of individual dissent, that's what appeals to me. We in this country, for all our rhetoric, don't like dissent. We see it in many communities. It's not only on the right, it's also on the left. People who challenge orthodoxies are ostracized." Smyth must have, at some level, identified with the outsiders in her opera.

"She was fairly outrageous," Wood says. "When you think of it, Radclyffe Hall's sensational [lesbian] novel, The Well of Loneliness, didn't come out until 1928. Ethel was writing about why she found it very interesting that she was attracted to members of her own sex, rather than to the male sex, back in the 1890s."

Later in her life Smyth even made a play for writer Virginia Woolf.

"It is clear from her correspondence with Woolf, and from her memoirs and diaries, that she was deeply in love with Woolf, but found Woolf a little untouchable," Wood says. "Woolf was fascinated by her and I think was also deeply moved by the resilience of this old woman who she met when Ethel was in her 70s and very deaf. But gallant as ever." 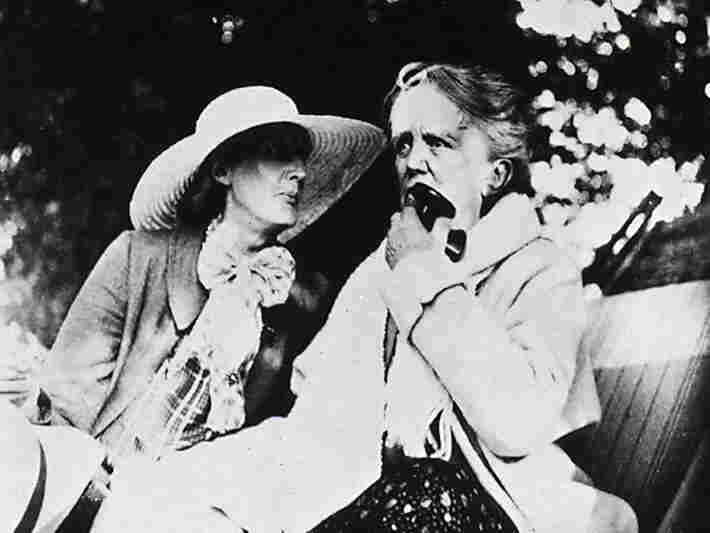 Virginia Woolf (left) and Ethel Smyth spent time together. Woolf did not know quite what to make of her ardent, and much older, admirer. Via New York Public Library hide caption

Smyth began losing her hearing before she turned 50. She noticed problems in World War I when she worked as an X-ray nurse in a French military hospital in Vichy. Later, in 1934, when the conductor Sir Thomas Beecham led a 75th birthday concert of her music, Smyth, ensconced in the royal box at Royal Albert Hall, couldn't hear a note.

The hearing loss, Wood says, triggered a long depression. But Woolf and others encouraged her to return to music, and to writing, which she continued until she died in 1944 at age 86.

As her hearing worsened, Smyth ramped up her writing, eventually producing 10 books about her extraordinary life and times. She had stories galore. Like the time she pitched a rock through a cabinet minister's window, her golfing escapades in the deserts of Egypt and her various love affairs. She wrote a piano piece called Variations on an Original Theme (of an Exceedingly Dismal Nature). Plus there were meetings and friendships with Brahms, Tchaikovsky and a host of European potentates.

In 1922, Smyth was made a Dame Commander of the Order of the British Empire for her contributions to the arts. Even with a few accolades along the way, it seems Smyth was always fighting for her music — a fight that, Wood says, extends to today. "Right up until the New York premiere of The Wreckers in concert performance that Leon Botstein did in 2007," Wood says. "We were appalled to read a very offensive review in the New York Times. So it's not over yet."

And it's certainly not over for Botstein, who says that The Wreckers is "ever so much more impressive than many of the second tier Bellini and Donizetti operas we tolerate." He knew there was something special about the opera the first time he saw the score. "I could see immediately this is a hit, this has real legs, as they say. This is an opera that should be on the stage of Covent Garden, on the stage of the Vienna State Opera, at the Mariinsky Theater, at the Met."

It was another opera by Ethel Smyth, Der Wald, that to date has been the only opera composed by a woman to have been produced at the Metropolitan Opera.

Ethel Smyth's The Wreckers runs through August 2 at The Bard Music Festival.