Accessibility links
Unassuming Czech Pianist Ivan Moravec Dies At 84 : Deceptive Cadence Eschewing a glitzy career, the pianist, who was heard in the movie Amadeus, earned a reputation as one of the greats of his generation, especially praised for his Chopin performances. 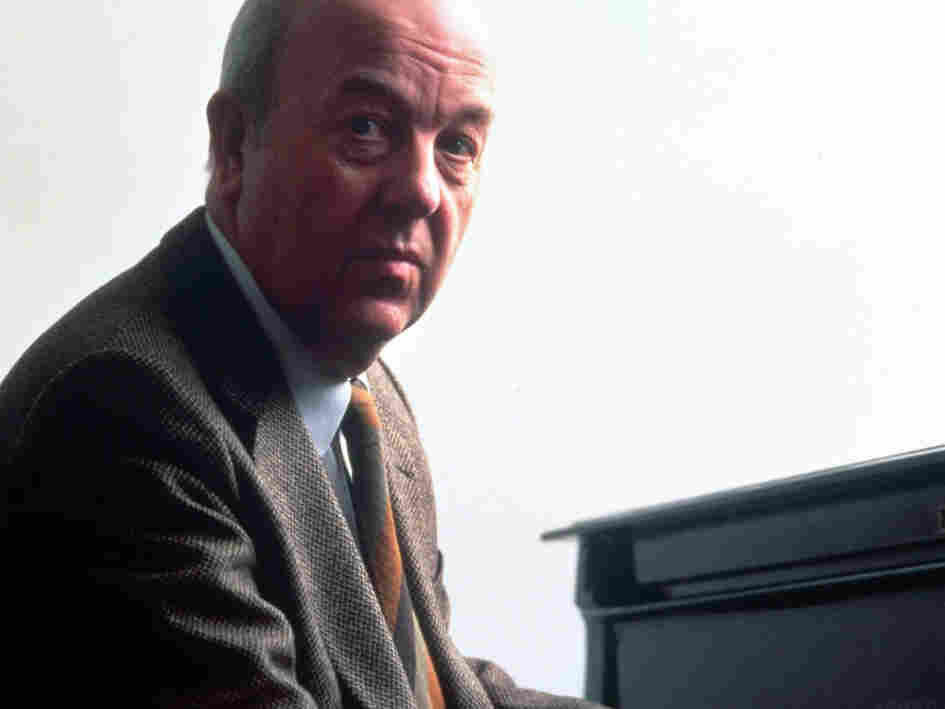 Pianist Ivan Moravec was known for his lyrical playing and recordings of Chopin and Mozart. Anost Nosek hide caption

Ivan Moravec, a Czech pianist known for his lyrical and selfless approach to music, died Monday in a Prague hospital, according to a management representative, Linda Marder of CM Artists in New York. Moravec had been treated for pneumonia. He was 84.

Although his repertoire was not vast — he stayed especially close to Mozart, Chopin and Debussy — and he never craved the limelight, Moravec was ranked among the greats of his generation. His interpretations of Chopin in particular were widely acclaimed.

When the New York Times critics listed their favorite Chopin recordings, to mark the 200th anniversary of the composer's birth in 2010, Moravec's album of nocturnes was selected. Steve Smith praised Moravec's "extraordinary dynamic shading and gracious shaping of each gemlike work," calling the recording "an essential document."

Moravec was born in Prague Nov. 9, 1930, the son of a lawyer who was, according to the pianist, a great singer. As a youngster Moravec loved opera — especially tenor Enrico Caruso — and later claimed that his love of the voice helped shape the lyrical flow of his playing. He began piano lessons at age 7 and made his debut on Prague Radio in 1946. He studied at the Prague Conservatory in the early 1950s, and in 1957, at the request of Italian pianist Arturo Benedetti Michelangeli, went to Italy for further study, attending Michelangeli's master classes.

Moravec's London debut came in 1959 and he first performed in the U.S. with George Szell leading the Cleveland Orchestra in 1964. By that time Moravec's earliest Chopin recordings, issued by the Connoisseur Society, had created a buzz in the piano world. Moravec recorded for various labels throughout the years, the recordings going in and out of print. He never had a glitzy recording contract or sought stardom. His career progressed slowly, and quietly, with acclaimed solo recitals and performances with nearly all of the world's major orchestras and conductors.

The closest brush Moravec had with popular culture was when Peter Shaffer chose him as the soundtrack pianist for the 1984 film adaptation of Shaffer's play Amadeus.

Rather than seeking the spotlight, Moravec concentrated on perfecting his art. In 2004 he told public radio host Fred Child that he recorded himself each day and listened to the tape each evening.

"When you record, and you can hear the playback, you can really discover many weaknesses in your style," Moravec said on the program Performance Today. "It really takes courage to listen because nobody is perfect. It's a very hard discipline to simply sit down and listen to yourself almost as an enemy."

Moravec strove for perfection with his pianos as well. Known for occasionally canceling performances due to substandard instruments, he carried a tool kit with him just in case. "I am not a complete technician," he told an interviewer for the Great Pianists of the 20th Century recording project. "But I can tune and correct certain mistakes. I can do a little voicing if there are very harsh notes."

Harsh notes were something rarely heard under Moravec's fingers. After a 1980 recital in New York, critic Harold C. Schonberg seemed to sum up Moravec's career when he wrote, "Using an exceptionally warm sound, he played with a perpetually singing line. There was an architecture to the playing. This was an absorbing recital, played by a pianist who is very much his own man, with a degree of intensity, poetry and tonal subtlety very rare in these days of machine gun piano playing."