Accessibility links
Remembering Vic Firth, An Orchestral — And Entrepreneurial — Legend : Deceptive Cadence He was with the Boston Symphony for 50 years, and his name was also stamped on the sticks of drummers from Buddy Rich to Charlie Watts to Questlove. Firth died Sunday at age 85. 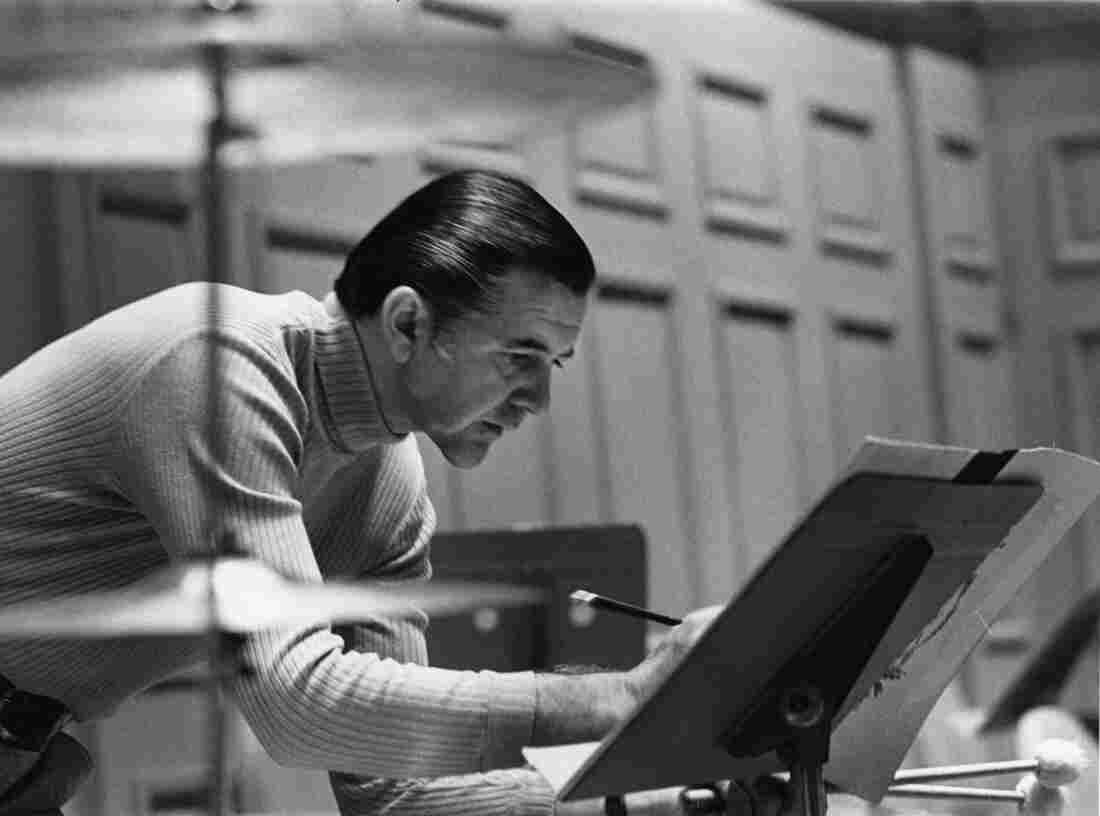 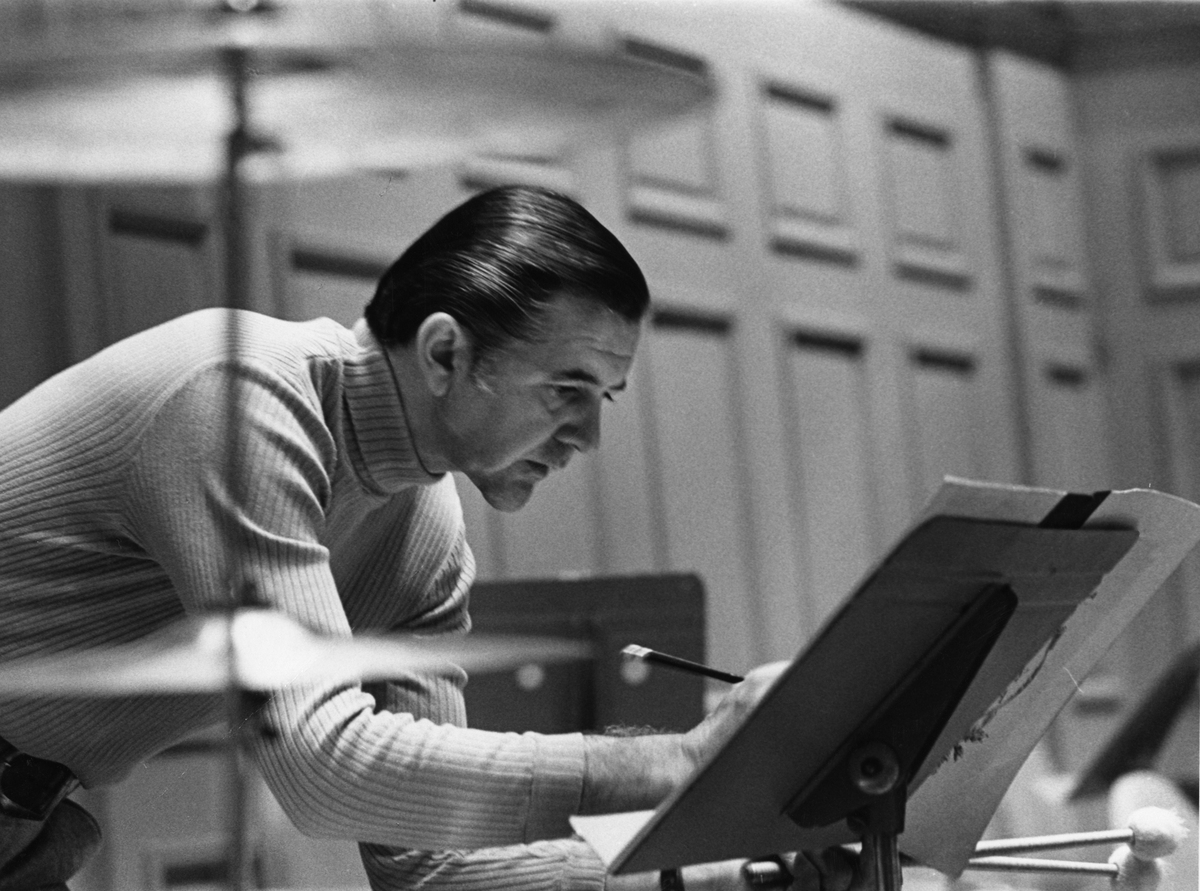 Circa 1974: a photo of Vic Firth, the former principal timpanist of the Boston Symphony Orchestra and a leader among percussion equipment manufacturers.

Milton Feinberg/Courtesy of the Boston Symphony

Vic Firth was the principal timpanist of the Boston Symphony Orchestra for 46 years. He became even more widely revered as an entrepreneur who made drumsticks, mallets, brushes and other percussion gear — one whose company has outfitted everyone from jazz legend Buddy Rich to avant-garde ensemble Sō Percussion to Questlove of The Roots, who once called his Vic Firth equipment the "Gucci and Louis Vuitton" of drumsticks.

Firth died at his home on Sunday in Boston at age 85 from pancreatic cancer, according to Rob Grad, a spokesman for the Vic Firth Company. The Vic Firth artist endorsement roster ranges across every musical genre, from heavy metal drummers to marching bands, and also includes Charlie Watts of The Rolling Stones, jazz artists Gary Burton and Jack DeJohnette, and such wide-ranging session players as Omar Hakim, who has worked with Michael Jackson, Daft Punk, Madonna and Bruce Springsteen.

"I had no intentions of getting into a business," Firth told MSNBC. "It was simply to supply a stick that was better than what was available. But I took it to a different height, that demanded the most sophisticated playing you could do." He began his company in 1963 by selling hand-turned sticks to his students at the New England Conservatory (NEC) in Boston. He sold them in matched sets according to their identical properties in weight, moisture content, density and pitch, which gave rise to his company's slogan: "The Perfect Pair."

Despite his avowed initial lack of interest in becoming a businessman, Firth stressed to his own students over the years the importance of being an entrepreneur — decades before conservatories and university music programs began offering curricula and formal programming on entrepreneurship to their students.

Rob Cross is the principal percussionist of the Virginia Symphony, as well as the artistic and executive director of the Virginia Arts Festival, each based in Norfolk, Va. He studied with Firth at NEC and says that his teacher stressed looking beyond their classical performance training.

"Even from the early part of my undergraduate years," Cross says, "he impressed upon us that you needed to be well-rounded and to have other opportunities — to have options and a bigger vision. Personally, I wouldn't have had a vision of work in arts administration as well as a performance career if it hadn't been for Vic."

Firth, Cross adds, went beyond talk, giving many of his students jobs wrapping sticks and preparing packages in his burgeoning company. "It was closer to what we wanted to do with our lives," Cross says, "to prep sticks rather than work in the cafeteria!"

The Vic Firth factory is located in Newport, Maine, and claims an output of more than 80,000 sticks per day — a production stream that, the company once told MSNBC, captured 62 percent of the drumstick market in the past decade. Firth also extended the brand into rolling pins, muddlers and pepper and salt mills, including a signature Mario Batali series; the kitchen division, known as Vic Firth Gourmet, was sold to Maine Wood Concepts in 2012. In 2010, the Vic Firth company merged with the equally revered Avedis Zildjian cymbals company.

Even as his entrepreneurial career took off, Firth had already become an icon among classical percussionists. Born in Winchester, Mass. as Everett Firth, he grew up in Sanford, Maine; his father, Everett E. Firth, was a a trumpet and cornet player who began teaching his son cornet at age 4. By the time the boy reached high school, he was an avid percussionist, and he went on to study at NEC.

Firth promptly won a job at age 21 as timpanist in the Boston Symphony Orchestra — where he was by far the youngest musician. (Reportedly, the next youngest player was some 30 years older.) Just four years later, he became the BSO's principal timpanist, a position he kept for 46 years through the eras of Charles Munch, Erich Leinsdorf, William Steinberg and Seiji Ozawa. He retired in 2002, a full 50 years after his arrival. He also taught at NEC and at Tanglewood for decades, and served as the head of NEC's percussion department for 44 years.