A Mahler Symphony Squeezed In A Squeezebox 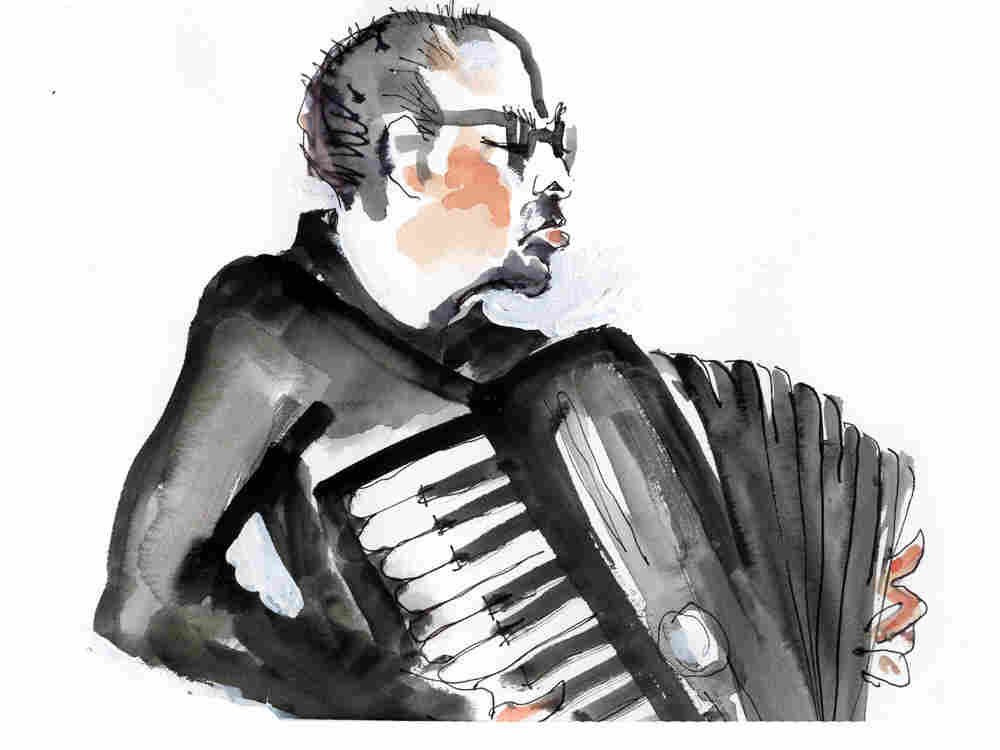 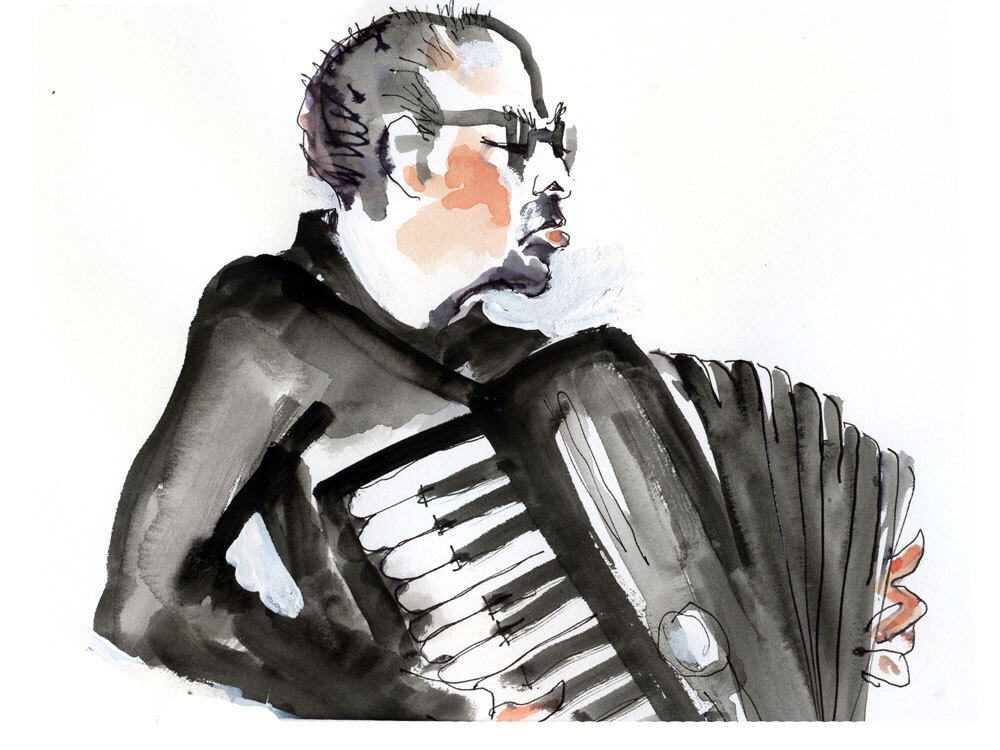 When Gustav Mahler said a symphony "must be like the world. It must embrace everything," I suppose he meant embracing accordions, too.

Gustav Mahler's sprawling Ninth Symphony is a 90-minute journey brimming with the joys of life, haunted by death and with a lot happening along the way. Accordionist William Schimmel has squeezed this immense musical canvas down to just 6 1/2 minutes. That takes some guts.

But as it turns out, Schimmel's performance isn't a stunt. The amount of thought and feeling poured into these fleeting minutes reflects Mahler's bipolar musical personality — jubilant one moment, sorrowful the next.

With fluttering keys and low end exhalations, Schimmel's instrument — a giant Titano Emperor — sighs like a weary beast burdened with the weight of the world. Yet from it flows Mahler's heart-melting opening theme. Trumpeter Wynton Marsalis steps in, adding his own dose of nostalgia by riffing on patterns Schimmel created from that gorgeous motif.

Perhaps with tongue in cheek, Schimmel suddenly twists Mahler into a tango and then zeroes in on the bumptious dance from the symphony's second movement. Marsalis returns to cap the piece with another wistful solo.

What would the composer think? Although Mahler never called for an accordion in his symphonies, he did deploy cowbells and mandolins in the service of embracing it all.