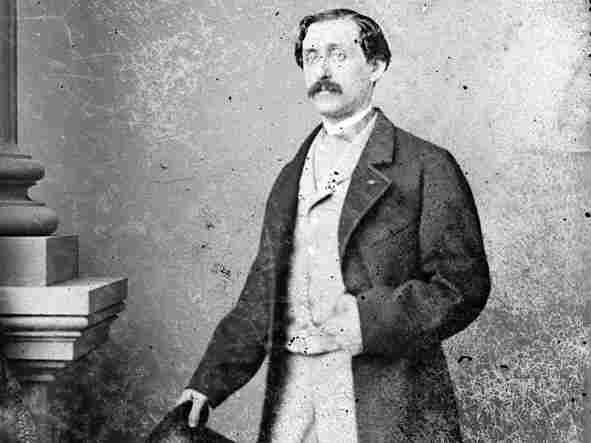 New Orleans can proudly be called the birthplace of jazz, but the city has also been a cradle for classical music. Opera was heard there as early as 1796. And just a few decades later, in 1829, the city produced America's first musical superstar — Louis Moreau Gottschalk.

At age 19 Gottschalk was the toast of Europe, a pianist on par with Chopin, they said, creating a bagful of exotic compositions blending the Creole sounds he knew from home with the Romantic style.

Back in the U.S. as the Civil War raged on, Gottschalk was a tireless touring machine in support of the Union, racking up some 1100 recitals and 95,000 rail miles in three years. He also gave concerts throughout South America and the Caribbean.

Although no technical genius as a composer, Gottschalk was uncommonly forward-looking. His music is a distinct gumbo of folk idioms, Chopinesque lyricism and syncopated rhythms that seems to forecast ragtime and jazz. The sly use of musical quotations predates Charles Ives.

"Le banjo," a propulsive toe-tapper from 1854, is about as American as it gets. Gottschalk weaves in quotes from Stephen Foster's "Camptown Races" and the spiritual "Roll, Jordan, Roll" while producing guitar-like strumming in the lower register and distinctive banjo plucking up high.

Pianist Steven Mayer feeds off the sheer joy in the piece, proving Gottschalk's music to be another in the endless list of things that make New Orleans unique.