Accessibility links
Honk And Purr: The Big Bassoon Puzzler : Deceptive Cadence The principal bassoonist of the New York Philharmonic, Judith LeClair, wonders if you can identify a few significant solos in the history of her instrument. 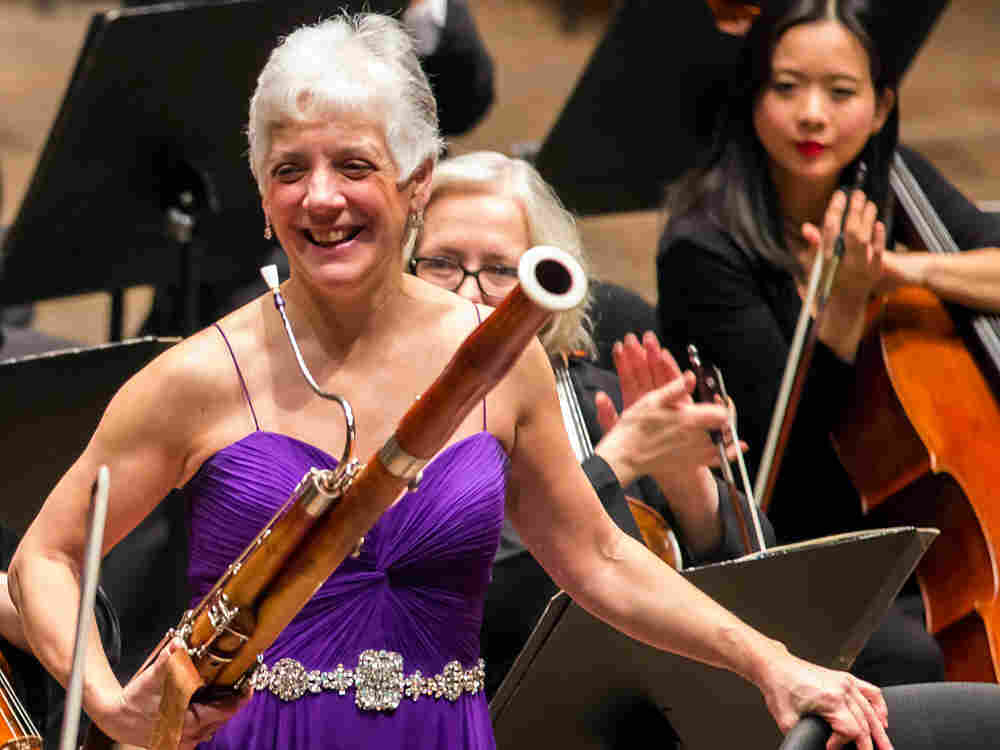 Even Judith LeClair, principal bassoonist in the New York Philharmonic, says there are issues with her instrument. "A lot of people call it an oboe," she once told CNN. "It's not as recognized as a flute or a trumpet." And it certainly doesn't sound like those, either.

While the bassoon may not be the most glamorous instrument in the orchestra — LeClair says it's unfairly stereotyped as the "buffoon" voice — its expressive powers and warm tone make it one of the most distinctive.

Distinctive enough that, as a seventh grader, LeClair took up the instrument and never looked back. At age 23, in 1982, she joined the Philharmonic as its principal player, in the twilight of the Leonard Bernstein era.

The bassoon is probably best known portraying the waddling, bucket-carrying broomstick in the "Sorcerer's Apprentice" sequence in the Disney movie Fantastia or as the gruff grandfather in Prokofiev's Peter and the Wolf, but the instrument's unique versatility is heard in countless other symphonic settings.

And that's where your job begins. LeClair has picked a few of her favorite bassoon solos to see if you can identify them. Score high and anoint yourself an official bassoon buff. Score low and claim the title of bassoon buffoon.