Accessibility links
With More Story To Tell, Opera 'Appomattox' Gets An Update : Deceptive Cadence Philip Glass and Christopher Hampton say the racial unrest in the U.S. since the work first premiered in 2007 forced them to address "changes in the way this country understands itself." 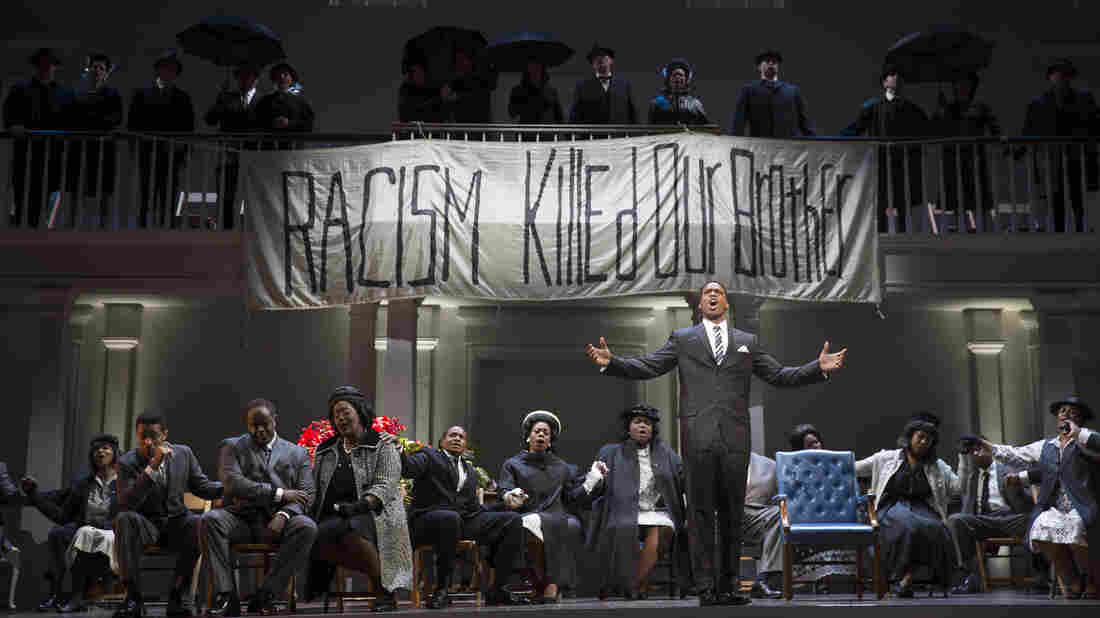 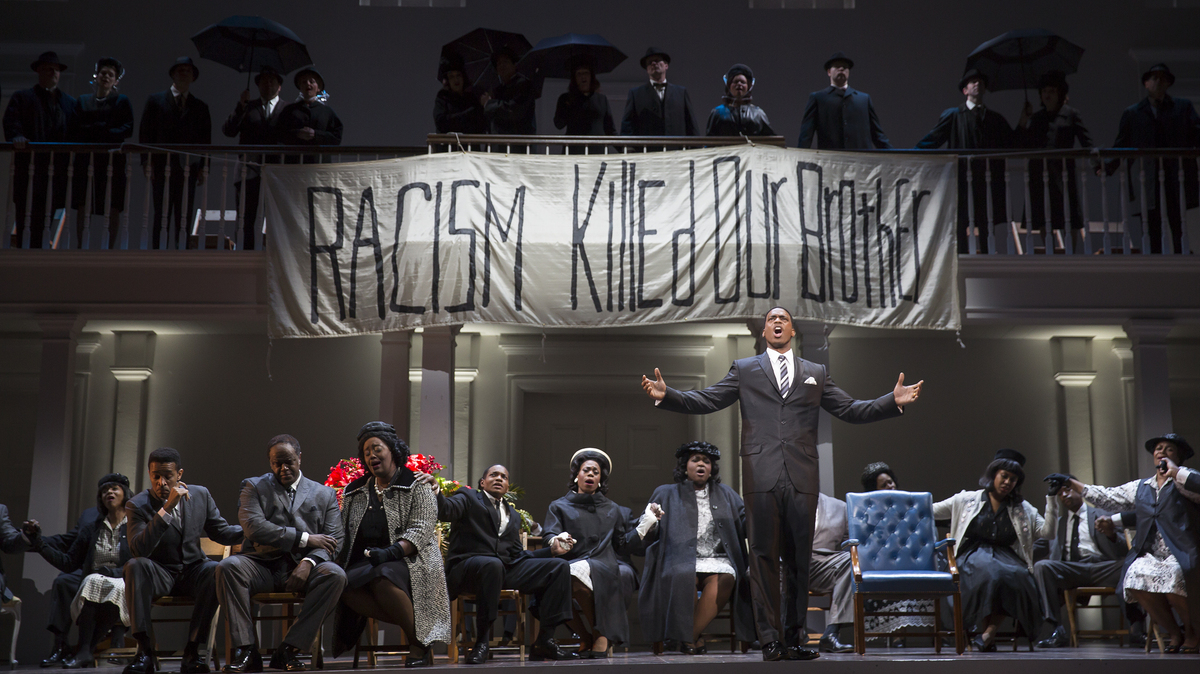 When the opera Appomattox premiered in 2007, it put on stage a piece of history that was more than 140 years old.

But creators Philip Glass and Christopher Hampton recently decided the story wasn't over.

When the Washington National Opera wanted to stage the opera, Glass said it needed a rewrite — to reflect what's happened in the U.S. since the premiere.

"In the last seven or eight years there have been profound and really horrific changes in the way this country understands itself," Glass says.

The original opera was a collaboration between two lauded creators. Glass is one of this country's best-known living composers; Hampton, the librettist, won an Oscar for his adapted screenplay for Dangerous Liaisons.

As Appomattox's title suggests, it's about the end of the Civil War and what followed. But nearly 10 years after creating the opera, Glass and Hampton decided it needed a new focus.

This weekend, a revised and updated version of the opera is premiering at the Kennedy Center in Washington, D.C.

Glass says his original inspiration came from growing-up in a segregated Baltimore and taking class trips to Gettysburg, to learn about the Civil War.

"In my mind, the great American story is the Civil War," he says. "It's something that was all around when we grew up. It didn't really matter which community you were from. It was something that we knew about."

The original version of Glass' opera focused on the end of the war and the attempts to address the underlying issue of slavery. But nearly 10 years later, the revised version splits the opera's two acts into the struggle for peace and the fight to pass the Voting Rights Act a century later.

"Basically what we did is we took the two acts that were composed ... and made it into Act One, which was 1865, and made it Act Two 1965," he says. "That was not a separation we had imagined in the first production, and then by doing it that way we began to see immediately the symmetries and the differences."

While the Voting Rights Act was passed 50 years ago, librettist Christopher Hampton says recent efforts to undermine it led him to revisit the story — first in a play and now the revised opera.

"Some of the pieces that you work on, some of the plays that you write won't leave you alone, because the subject just nags at the back of your head," Hampton says. "But there are other things that keep developing as the situation keeps developing in the world."

As Hampton was rewriting the opera in 2010, a former Alabama state trooper who killed a voting rights activist in 1964 plead guilty to manslaughter charges.

"The state trooper who had shot dead Jimmie Lee Jackson had just been arrested ... 45 years after it happened and sentenced to six months in jail," he says.

The killing of Jimmy Lee Jackson sparked the pivotal marches from Selma to Montgomery, so Hampton and Glass made the ballad central to the second act.

Soloman Howard, the bass who sings the roles of Frederick Douglass and Dr. Martin Luther King Jr. in Appomattox, says that 50 years later attitudes towards police brutality are changing.

"In the actual opera, we talk about the fact that police officers were killing and getting away with — 'self-defense' is always what's been used or being used," he says. "Today there is question."

Glass says the world was changing while they were working on the piece, and they wanted to give voice to those questions in the opera.

"The piece is really art imitating life in the biggest way it possibly can," he says.

For his part, Howard says he wants audiences who see the revised Appomattox to think about their role in American history.

"Life encompasses everyone," he says, "and to think about humanity, think about equality, think about us coming more together and achieving goals that should have been achieved long ago. Our work is not done."