Accessibility links
Songs We Love: Nico Muhly, 'Whispered and Revealed' : Deceptive Cadence Hear a deceptive take on the winter blues by way of a versatile choir, a young New York composer and a 150-year-old poem by Longfellow. 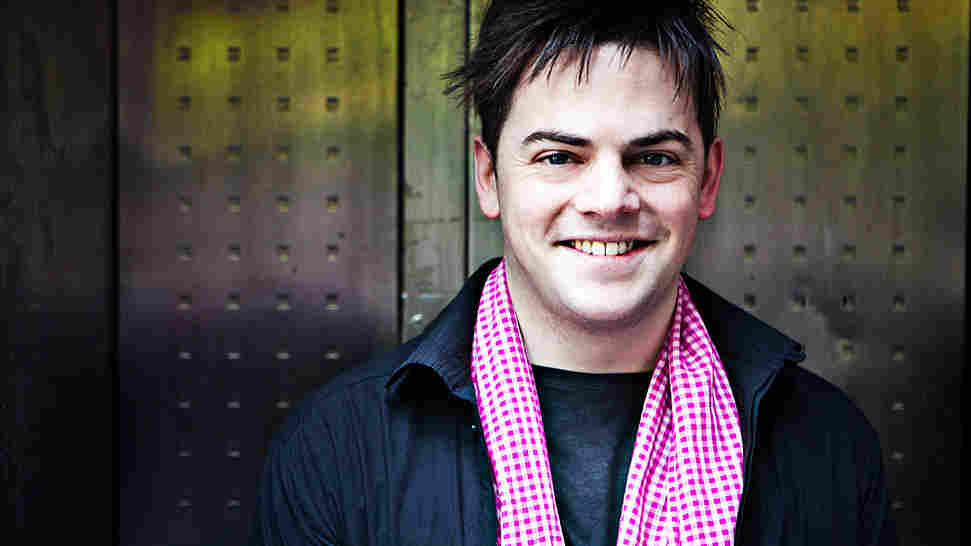 Amid the ubiquitous din of annual chestnuts like "Jingle Bells" and "Let it Snow," you may be surprised to learn that people are actually writing new holiday songs. And as it turns out, some of them are pretty great.

Whether young, prolific composer Nico Muhly's new song "Whispered and Revealed" will enter the holiday canon is yet to be seen. There's no doubt, however, as to its shimmering, wintery expression, especially in this vivid performance by Essential Voices USA, a New York-based choral outfit led by Judith Clurman. Clurman commissioned the piece for her album Holiday Harmonies, asking Muhly to write something easy enough for high school and community choruses to sing.

Out of the bosom of the Air,
Out of the cloud-folds of her garments shaken,
Over the woodlands brown and bare,
Over the harvest-fields forsaken,
Silent, and soft, and slow
Descends the snow.

Even as our cloudy fancies take
Suddenly shape in some divine expression,
Even as the troubled heart doth make
In the white countenance confession,
The troubled sky reveals
The grief it feels.

This is the poem of the air,
Slowly in silent syllables recorded;
This is the secret of despair,
Long in its cloudy bosom hoarded,
Now whispered and revealed
To wood and field.

Throughout his various choral works and operas, Muhly displays a keen ear for the human voice. He takes great care in setting the text, a poem published in 1863 by Henry Wadsworth Longfellow called Snow-flakes. Using a single harp to provide a churning pulse and the illusion of falling snow, the piece begins with an introduction — a repetition on the word "out" with voices floating gently downward from above. Suddenly, in one breathtaking moment, as the full chorus enters on the line "Out of the bosom of the Air / Out of the cloud-folds of her garments shaken," the song takes flight.

Longfellow's snowflakes might be pretty, wrapped in tidy rhyme schemes, but they also reveal the winter blues. Three stanzas are dressed in spacious, open vowels and troubled landscapes. Muhly responds by contrasting high and low registers, and by letting the blend of his voices bloom.

Still, for all its images of snow-draped fields and troubled hearts, "Whispered and Revealed" radiates a homey, fireside warmth. And isn't that what we want in a good holiday song — something evocative, comforting and little wistful, all in in the space of three minutes?

Holiday Harmonies is out now on Sono Luminus