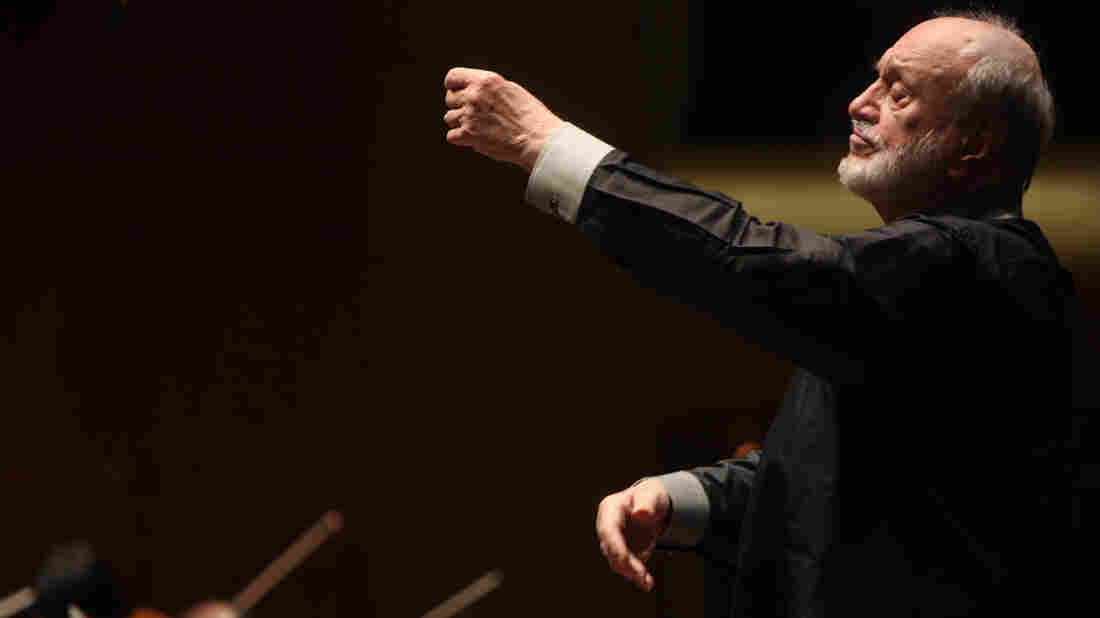 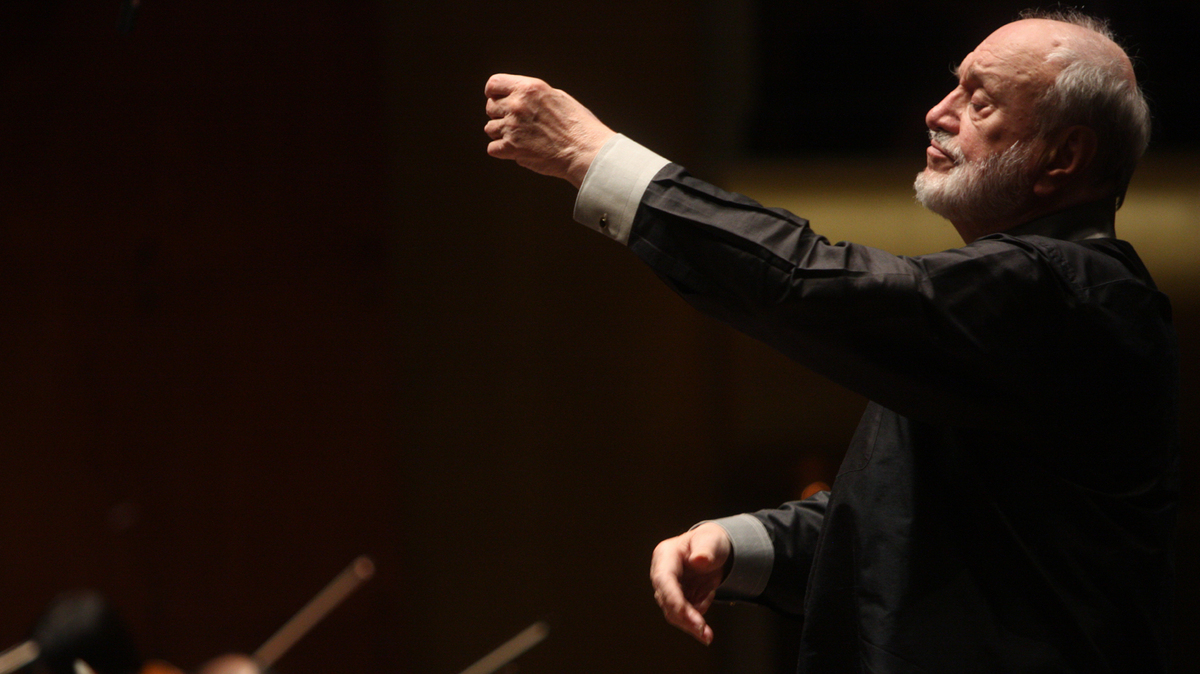 Masur was 88 years old; he had been suffering from Parkinson's disease for many years. In 2012, he was hospitalized after falling off the podium during a concert in Paris.

After a long career making music largely in East Germany, he was — quite surprisingly, to many observers — named as the music director of the New York Philharmonic in 1991 and remained until 2002.

When Masur arrived in New York, he was charged with rebuilding the orchestra from the ground up. The ensemble, once considered one of the premiere American orchestras, had devolved into a lackluster group: critically skewered, internally contentious and lacking clear artistic vision. As former New York Times critic Edward Rothstein put in 1992, after the conclusion of Masur's first season in New York, the Philharmonic had formerly been "a mess." Rothstein wrote:

"Before Mr. Masur arrived, the Philharmonic's reputation was justly at a low point. Audiences were disenchanted. The players had long been unhappy; recording engagements were hard to come by, and radio broadcasts were nonexistent. Symphonic music was becoming less important to the culture of New York. The orchestra's status had so fallen that the director's post was rejected by major maestros."

But Masur's appointment was a clear signal that it was time for the orchestra to begin anew. Masur, who had been the longtime Kapellmeister of the Leipzig Gewandhaus Orchestra, was best known for working with solidly German and Austrian repertoire, such as Beethoven and Bruckner symphonies. Masur wasn't flamboyant, or particularly charismatic, either onstage or off. (Even up through his last season in New York, that reputation lingered: "He's not exciting on the podium, or graceful, or friendly," wrote the Wall Street Journal's Greg Sandow at the time.)

Born in Brieg, Silesia, in 1927, Masur studied at the Music College of Leipzig. After early work at the Halle County Theater and the Erfurt and Leipzig opera theaters, he became the conductor of the Dresden Philharmonic in 1955 and conducted several East German opera companies and orchestras. In 1967, he was named chief conductor of the Dresden Philharmonic, and in 1970, Kapellmeister of one of Europe's premier ensembles, the Leipzig Gewandhaus.

During his time in Leipzig — the city that had once been home to such composers as Bach, Schumann, Mendelssohn and Wagner — Masur persuaded East Germany's chancellor, Erich Honecker, to rebuild the orchestra's concert hall, which had been destroyed during World War II. And despite the political challenges of the era, he was allowed to take his orchestra on international tours, including to the U.S.; he made his U.S. debut with the Cleveland Orchestra in 1974, the same year he took his Gewandhaus players to Carnegie Hall for the first time.

As the Soviet Union began to crumble and the ground under East Germany's political leadership started to shake as well, Masur — who had never been a member of the Communist party — took a stunningly public role. In 1989, as demonstrators began to protest in the streets — Masur invited them into the Gewandhaus to speak directly to the leadership. After that episode, his name even began circulating among the political class as a possible candidate for president of East Germany.

But when the job offer in New York came up, Masur seized it — and started his own quiet revolution inside Avery Fisher Hall. His time at the Philharmonic started even before expected; when Leonard Bernstein suddenly died in 1990, Masur stepped in to conduct Mendelssohn's oratorio Elijah. Over the course of his tenure, he made some crucial hires, such as bringing in Carter Brey as principal cellist; coaxed some improvements, with the help of European engineers, out of the intractable Avery Fisher Hall acoustics; had some of the orchestra seated on risers, to help them hear each other play; and made other changes and technical improvements to the orchestra that made the sonic differences between his era and the previous ones immediate and palpable.

"It takes a big personality to unite 105 players onstage — to get everybody to be as inspired as he is — and, uh, it's hard work," former New York Philharmonic Concertmaster Glenn Dicterow told NPR in 2012. "And he's just so demanding and intense that I think that he got, just by his sheer intensity of his personality, I think it sort of transformed most of us."

It was also during Masur's tenure that the Philharmonic returned to making radio broadcasts and created its own recording label. And although he often continued to seem most at home conducting the canonical Middle European repertoire staples — Bach, Beethoven, Brahms, Mendelssohn and the like — he made room for new sounds. He began the orchestra's ongoing collaborations with Jazz at Lincoln Center and trumpeter/composer Wynton Marsalis. And during Masur's tenure, the orchestra commissioned more than 40 new works, including music by Tan Dun, Ned Rorem, Sofia Gubaidulina, Thomas Ades, Kaija Saariaho and Giya Kancheli.

Masur is survived by his wife, Tomoko, as well as their son Ken-David (who is an assistant conductor at the Boston Symphony Orchestra) and Masur's other sons, Michael and Matthias, daughters Angelika and Carolin, and nine grandchildren.

The conductor has also left a distinct legacy at the New York Philharmonic, according to its present music director, Alan Gilbert, who is also the son of longtime orchestra members who played under Masur.

"Masur's years at the New York Philharmonic represent one of its golden eras, in which music-making was infused with commitment and devotion — with the belief in the power of music to bring humanity closer together," Gilbert said in a statement provided by the orchestra. "The ethical and moral dimensions that he brought to his conducting are still palpable in the musicians' playing, and I, along with the Philharmonic's audiences, have much to thank him for. I will always be grateful for the support he gave me starting long ago when I was a student. I will miss him deeply."