Accessibility links
French Composer Pierre Boulez Dies At 90 : Deceptive Cadence The composer and conductor changed the way we hear music, not only through his own compositions but in the concerts he conducted. He died Tuesday at the age of 90. 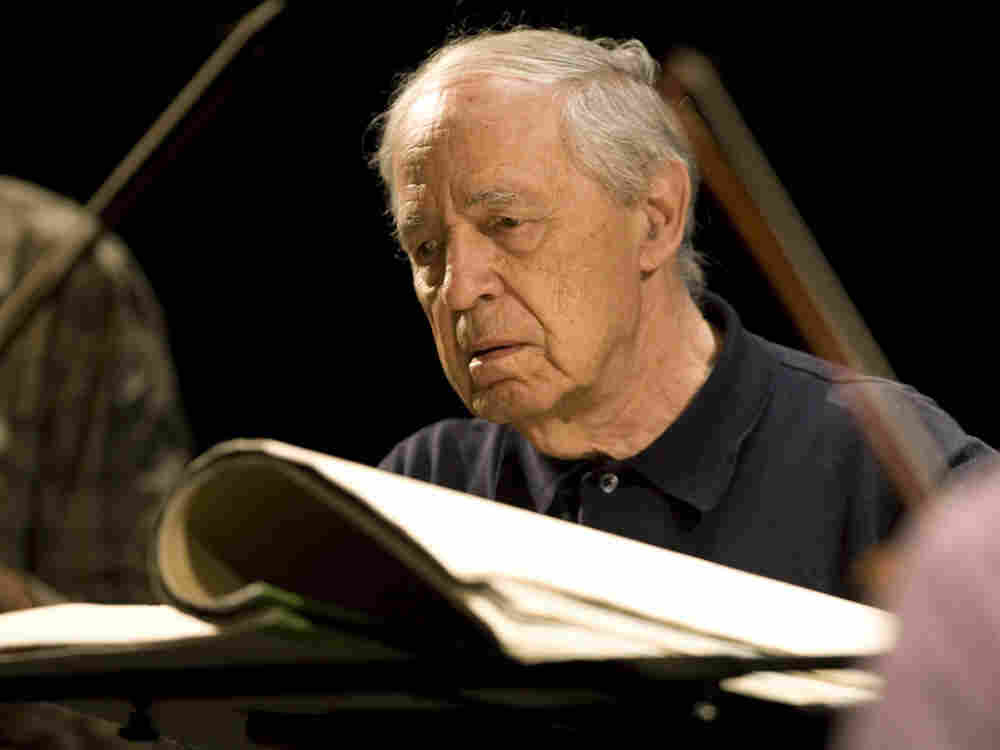 French composer and conductor Pierre Boulez conducts during a rehearsal ahead of a concert of contemporary music in Baden-Baden, Germany, in 2007. Michael Latz /AFP/Getty Images hide caption

French composer and conductor Pierre Boulez was one of the most recognized figures in 20th century classical music. His outspoken advocacy for the music of his time earned him fans — and detractors. He died Tuesday at his home in Baden-Baden, Germany. He was 90 years old.

Just as the chaos of World War II was coming to an end, Pierre Boulez was emerging into his life as an artist.

What Boulez wanted to forge was not just his own creative identity: He wanted to liberate the sound of European music entirely.

"Between 1945 and now, I think I tried through a certain discipline, to find freedom," he said.

After the war, Boulez worked with theater directors, poets and other young artists who wanted to overthrow the status quo. In his own music, he drew upon the energy and inspiration of all of those art forms, along with music from around the world.

In the late 1970s, he founded IRCAM, an institution dedicated to exploring all of the possibilities of contemporary music.

Among the first composers to work at IRCAM was American Tod Machover. He says that Boulez had gifts beyond music.

Over time, Boulez became part of the establishment — or, maybe more correctly, the establishment embraced him and his ideas. He was invited to conduct major orchestras around the world. As music director of the New York Philharmonic, he had audiences sitting on rugs on the floor, decades before classical musicians started playing in bars. And along the way, he won 26 Grammys.

"There was an incredible, exacting intellect, but it was combined with a marvelous sense of humor, and enormous practicality, and really a sense of comradeship and friendship that was unique," Robertson says. "I've never met anyone like him."

But Boulez could be quite a firebrand, too. His polemics became infamous. And even in his later years, he did not mince his words.

"You must not really think of reaching an audience. You must think first to express yourself," Boulez said.

That meant that he also conducted music from the past that he loved — in performances hailed for their vivacity and clarity.

"I once asked him how he went about achieving such crystalline sounds, despite not leaving the sensuousness, or any other qualities, at bay," Robertson recalls. "And he said, 'If you hear something in your mind, then you will automatically work to make sure that you hear it with your ear.' "

"I have to say," adds Robertson, "that's probably the single most important piece of advice I was ever given by anyone."

Boulez saw all of his work as part of a continuum, as he told NPR in 2005. "Music is in constant evolution," Boulez said. "And there is nothing absolutely fixed and rigidly determined. You have a constant evolution, and you have to participate in your time."

Composer and conductor Pierre Boulez was always ahead of his time.