Accessibility links
A Fearless Soprano's Case For Contemporary Music : Deceptive Cadence With more than 80 world premieres to her credit, Barbara Hannigan, an intrepid soprano and conductor, has a knack for making modern music sound effortless and approachable. 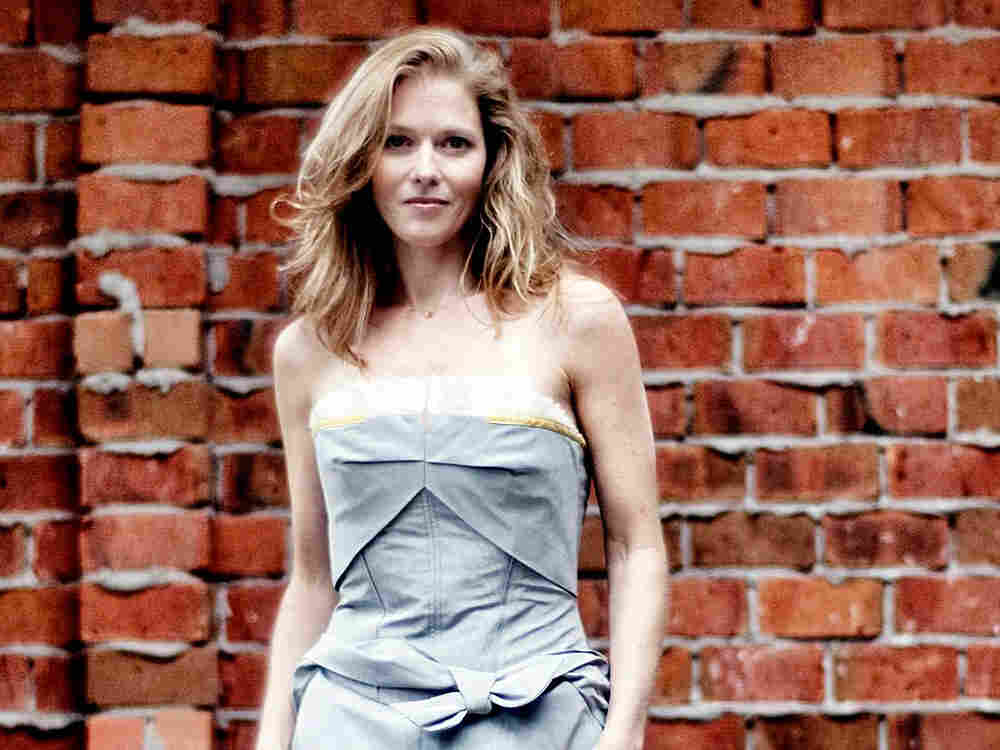 Hannigan has been the go-to singer for many top composers, from George Benjamin and Gerald Barry today to Pierre Boulez, György Ligeti and Henri Dutilleux. She's also a favorite of conductors, like the Berlin Philharmonic's Simon Rattle. During the filming of a documentary released last year about Hannigan, Rattle reminded the director just whom they were dealing with.

"You tend to forget what an extraordinary musician this is," Rattle said. "You can ask her basically anything. She's fearless and she has technique and brains to burn. So, we're just lucky to have her on the same planet at the same time."

Hannigan began her life on this planet in a tiny town in Nova Scotia. Around the house she heard her mother play arrangements of Handel's Water Music on the piano. There were albums by John Denver and The Carpenters. At 17, she says, she moved to Toronto to study.

"And when I was 19," Hannigan says, "I remember the 'aha moment' that I knew that I was going to devote a large part of my life to the music of our time. I realized that the passion that I felt when I was singing new music — I thought at first everyone felt like that."

They don't. Even some of Hannigan's fellow musicians don't know quite what to make of her.

"I remember the first time I sang with the Berlin Philharmonic," Hannigan says. "The woodwind section came to me after the rehearsal and they said, 'You're like a strange bird that we've never heard before.'"

Hannigan convinced the Berlin Philharmonic to commission a new song cycle, let me tell you, by Danish composer Hans Abrahamsen. The piece won the 2016 Grawemeyer Award.

Before Abrahamsen wrote a single note, Hannigan gave him a four-hour crash course in the history of vocal music. "She gave me a lesson in how to write for voice," he says. "She told me about how to use the vowels and she showed me some characteristics of her voice. And somehow I found a language for music." Months later, he sent her what he had written.

"I just started to weep because I couldn't believe that he got it," Hannigan recalls. He got it and he got me, he got my voice."

One special quality of her voice that Abrahamsen says he exploited is its otherworldly high register: "It's most clear in the very last song where she comes in on a high C from nothing and comes out of the orchestra and goes down."

Hannigan is singing let me tell you this weekend with the Boston Symphony Orchestra and music director Andris Nelsons, who conducted the premier recording, released last month. He says Hannigan's voice is so versatile it can fool you.

"It's a huge range of things she does," Nelsons says. "And the sounds and the colors she makes with the voice, sometime you can't tell what instrument is playing. Is it a voice? Is it a kind of instrumental, mystic kind of sound?"

Many sounds emanate from Hannigan when she performs Ligeti's Mysteries of the Macabre, one of her signature pieces. The music, drawn from Ligeti's opera Le Grande Macabre, may sound thorny, but Hannigan has made it popular with audiences. She draws them in by dressing up to play the part of a paranoid police inspector, while at the same time singing and conducting the work from memory.

And Hannigan loves challenges. It's like a sense of duty for her. "I have an obligation," she says. "Because it is not only satisfying to me but it also serves the composers and serves the music. And they need it."

She'll sing another world premiere this fall when the Los Angeles Philharmonic produces a new opera by Barry, Alice's Adventures Under Ground. And this spring she conducts and sings music by Berg, Haydn and Stravinsky in Sweden and Germany. But beyond her new music mission, there's also a practical side to the 44-year-old.

"We all know that singers have a 'best before' date stamped on their forehead, you know we can't sing forever," she says. "Eventually, I will lose elasticity and I will lose the beauty of sound. I've got another good 10 years, I would say. But I can conduct forever, until I'm an old woman on the podium. I think it's a very exciting future ahead."

Listeners on both sides of the podium might agree.