Accessibility links
On Helene Grimaud's New Album, 'Water' Is A Metaphor And Motivation : Deceptive Cadence An environmental activist as well as a pianist, Grimaud was motivated by composers' fascination with water. Each piece on her new album is inspired by it. 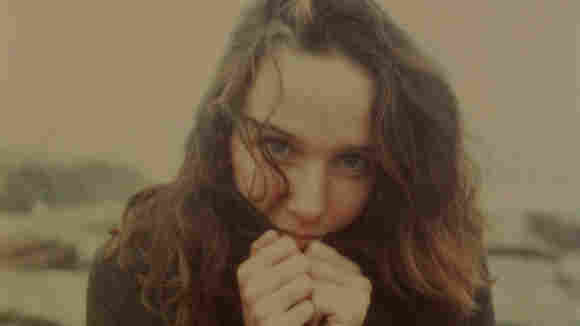 Helene Grimaud's new album, Water, is inspired by environmental activism and the sheer number of compositions dedicated to water. Matt Hennek/Courtesy of the artist hide caption 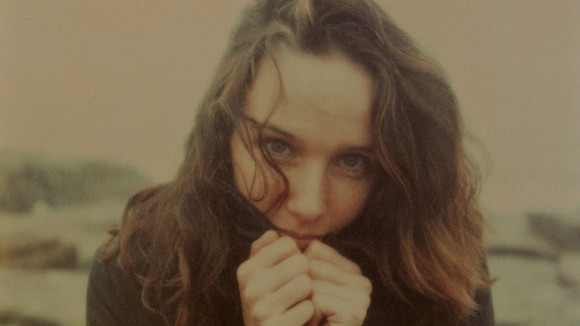 Helene Grimaud's new album, Water, is inspired by environmental activism and the sheer number of compositions dedicated to water.

Matt Hennek/Courtesy of the artist

When Franz Liszt wrote The Fountains of the Villa d'Este, he added a Latin quotation from the Gospel of St. John. It says: "But the water that I shall give him shall become in him a well of water springing up into eternal life." That composition is featured on the newest album by French pianist Helene Grimaud, called Water.

Because that's the theme of the album: The pieces she plays are all, somehow, connected to water. Like Luciano Berio's piece Wasserklavier, or "Water Piano." In between the pieces that Grimaud plays on piano — all unaccompanied — there are are transitions composed by Nitin Sawhney, a British Indian musician and producer.

Grimaud joined NPR's Robert Siegel to talk about the inspiration behind the project and the best way to listen to it. Hear the radio version at the audio link and read their conversation below.

How do you describe your intent, the intent behind this project, Water?

It started, I have to say, simply because of the beauty of this repertoire. There are so many pieces written in the name of water, and with water in mind, as a source of inspiration. But the idea was to also bring it to the forefront of our consciousness as not only a source of inspiration but as a source of life. And not only as a metaphor but as a molecule, which stands for rebirth and regeneration. And if you look at the statistics today they're absolutely scary. One child dies every 90 seconds from a disease contracted by consuming impure water. You know, it's a musical exploration but hopefully also an artistic invitation to a prise de conscience, we say in French, some greater ecological awareness.

[Laughs.] It's a very good question. There is no difference. I mean, they're both equally important and intense. And yes, the conceptual nature of this album made it a particularly wonderful and stimulating adventure. You know, for me, they're all babies I cherish equally, so there is no hierarchy based on the experimental nature of a more conceptual project.

One fact of making an album like this is that the album — the selections, the transitions between them — is the form of presentation. That's how we hear this. And yet we live in an age of shuffle mode, and different songs coming to us in all sorts of different orders. In a way, the challenge you face is: Will people just listen to your disc through, start to finish?

I certainly hope they will because it is a journey and you have to give that journey a chance. This is very subtle, very fragile, vulnerable music and you need to give it a chance to develop. It's not a program that makes a strong statement from the get-go, so you need to let it take you by the hand. But you have to be open-minded, openhearted for that.

Now it can be certainly consumed in any way; I mean, the beauty of these pieces is that they are so fantastic that they stand alone. At the same time, I would find it a shame if one didn't experience the journey from beginning to end, with that overarching structure and line running through.