Accessibility links
Opera And Jazz Mingle In 'Charlie Parker's Yardbird' : Deceptive Cadence The show explores the life of the jazz saxophonist, with Lawrence Brownlee in the title role. It opens this weekend at the Apollo Theater in New York — a stage where Parker played. 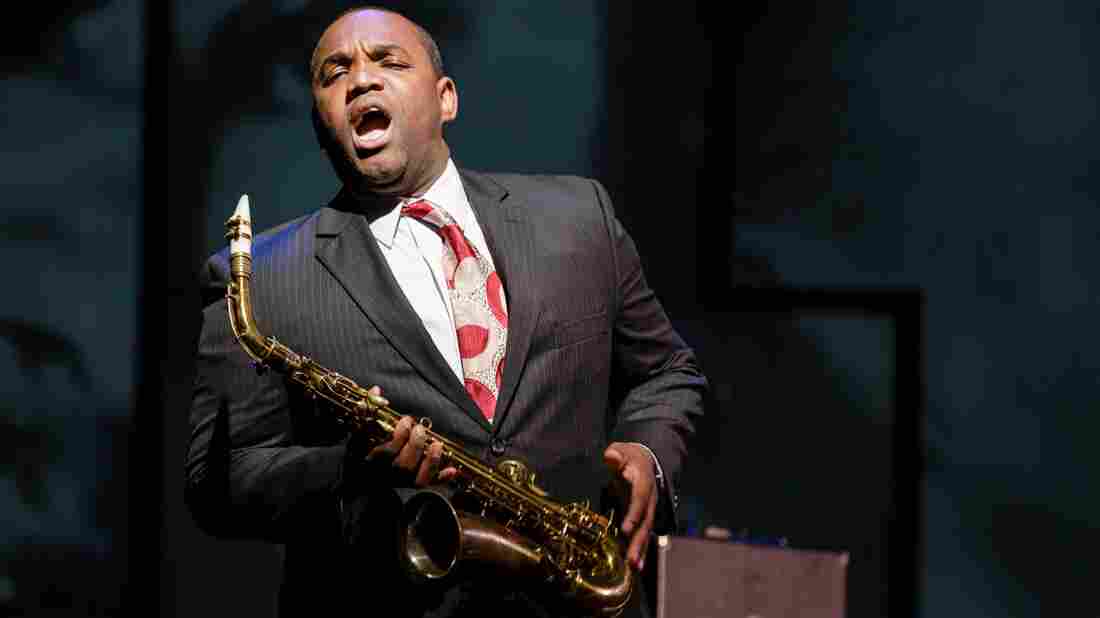 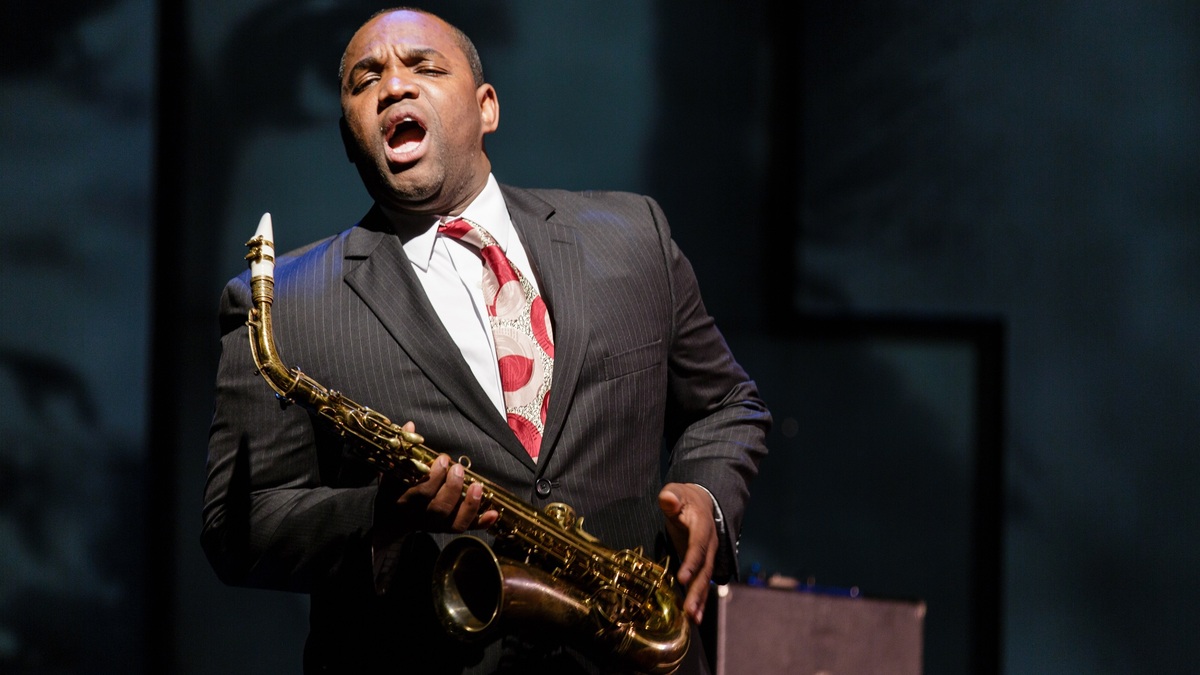 You often don't think of opera at the famed Apollo Theater in Harlem. Tonight that changes: Charlie Parker's Yardbird gets its New York premiere there. It's an opera about the jazz saxophonist on the very stage where Parker played in his lifetime.

The opera's Swiss-born composer Daniel Schnyder is a jazz saxophone player himself, who is also classically trained. He wants to combine his two favorite kinds of music.

"These two things are far apart from each other," Schnyder says, "and a lot of people think that doesn't work together, but that's not true. It's actually a big chance to create something new."

Schnyder was commissioned by Opera Philadelphia to compose a work for tenor Lawrence Brownlee, a rising star in the opera world who's made his reputation singing in the 19th-century bel canto style.

"Bel canto is a kind of virtuoso art form," Schnyder says, "where you have to sing very fast and very high, and you have to have a very flexible voice. And then we had a meeting, and I met Larry and that just came to my mind — that he would be the perfect Charlie Parker."

Brownlee leapt at the chance to portray the influential jazz musician, one of the founders of bebop, who died at the age of 34 after a lifelong battle with substance abuse. Brownlee says he had to learn how to use his voice like a jazz instrument.

"With jazz musicians, they use the extremes of the instrument," Brownlee says, "from very high to very low, fast, loud, soft, and to really explore every possible color of an instrument. And so, for me, in this process with Charlie Parker, it was about exploring those things. I have to sing really high, really low, as loud — my loud, my version of loud — and soft and all the things in between."

And he has to scat sing. Schnyder's music for Yardbird is not only jazz-inflected. He has taken bits of Parker's own music and embedded it in the score.

"When he says, 'Now's the time to write the piece,'" Schnyder explains, "then, actually I'm using a part of the composition 'Now's the Time,' that's something that he wrote."

The libretto for the opera is by Bridgette Wimberly, a Harlem-based poet and playwright. She has created something of a fantasia on Parker's life. Yardbird takes place in the three days between Parker's death in New York and the discovery of his body, which the morgue mislabeled. In Wimberly's libretto, Parker is in a kind of limbo, attempting to write a new piece of music and come to terms with his tragically short life.

"He revisits a lot of places in the opera, in search of himself," Wimberly says. "And, ideally, at the end he finds himself at peace."

The opera looks at Parker's relationship with trumpeter Dizzy Gillespie, as well as his relationships with many of the women in his life: his mother, his patroness and his four wives.

"The opera is about him touching back into these specific moments that led him to different directions," Schnyder says. "You know, he ended up in California, in the insane asylum! Are you going to get all of Charlie Parker's life, per se, in 90 minutes? No. But we're going to touch on the major parts of his life."

Yardbird premiered in Philadelphia last June to rave reviews from both classical and jazz critics. Now it's being brought to the Apollo Theater in Harlem, where Parker performed. Wimberly says she couldn't be more excited.

"His spirit is here," Wimberly says. "So, this opera being on this stage — he's going to be all over the joint!"

Once the Harlem run is over, Charlie Parker's Yardbird will move to Chicago and other cities.