Accessibility links
New Research Reveals Rachmaninoff's Secret Career : Deceptive Cadence After his First Symphony flopped, the Russian composer made ends meet with a short-lived and little-known career in vaudeville and the circus. 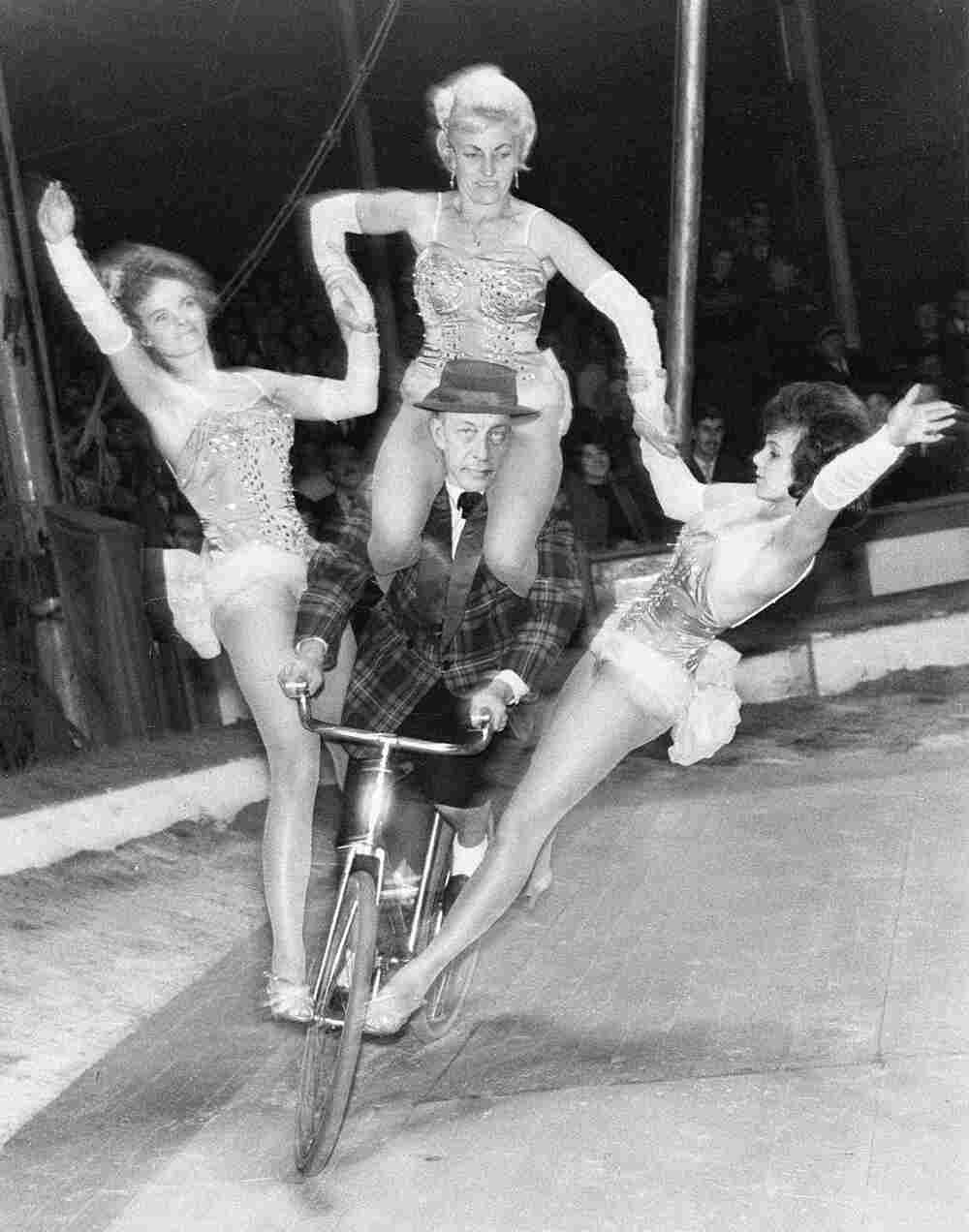 After his First Symphony flopped, Sergei Rachmaninoff briefly switched careers. A London critic wrote, "It was such a spectacle as has rarely been seen anywhere in the Empire." Photo illustration by Jeff Curnow/Wikimedia Commons/Library of Congress hide caption

Editor's note on April 4, 2016: You may have figured this out already — this story was an April Fools' joke. It's not real. We hope you enjoyed it.

Listen to Sergei Rachmaninoff's sweeping, luxuriantly Romantic music — his Second Symphony, his Second Piano Concerto — and it's hard to imagine that this towering figure of 20th century music ever had a crisis of confidence. But he did, a well-documented three-year fallow period after the dismal premiere of his First Symphony, during which he performed little and wrote even less.

New scholarship has discovered a fascinating chapter in the life of the multitalented musician and a fresh set of answers to the perplexing questions of his youthful artistic decline and revival. According to a team of researchers at Harbeson University in Delaware, Rachmaninoff's mid-20s were spent not in semi-seclusion at a series of dachas, as his biographers have claimed, but on the well-trod boards of English music halls, where he performed some of the era's most amazing feats of strength. It was only a clash with a powerful London promoter that caused Rachmaninoff, born on this day in 1873, to return to his piano and music desk for good.

"We've always known Rachmaninoff's music was a force of nature," says Harbeson University professor of musicology Lilly Swift. "It appears now that in his circus work he also understood the nature of force."

The young Rachmaninoff's athleticism was no secret. During his studies at the Moscow Conservatory, the teen would follow a strict daily regimen: a 4 a.m. breakfast of raw eggs followed by a run up the steppes. It was during these workouts that he conceived the melody for one of his most enduring early songs, "V etot mahment ya pahlechoo" (In this Moment I Will Fly). 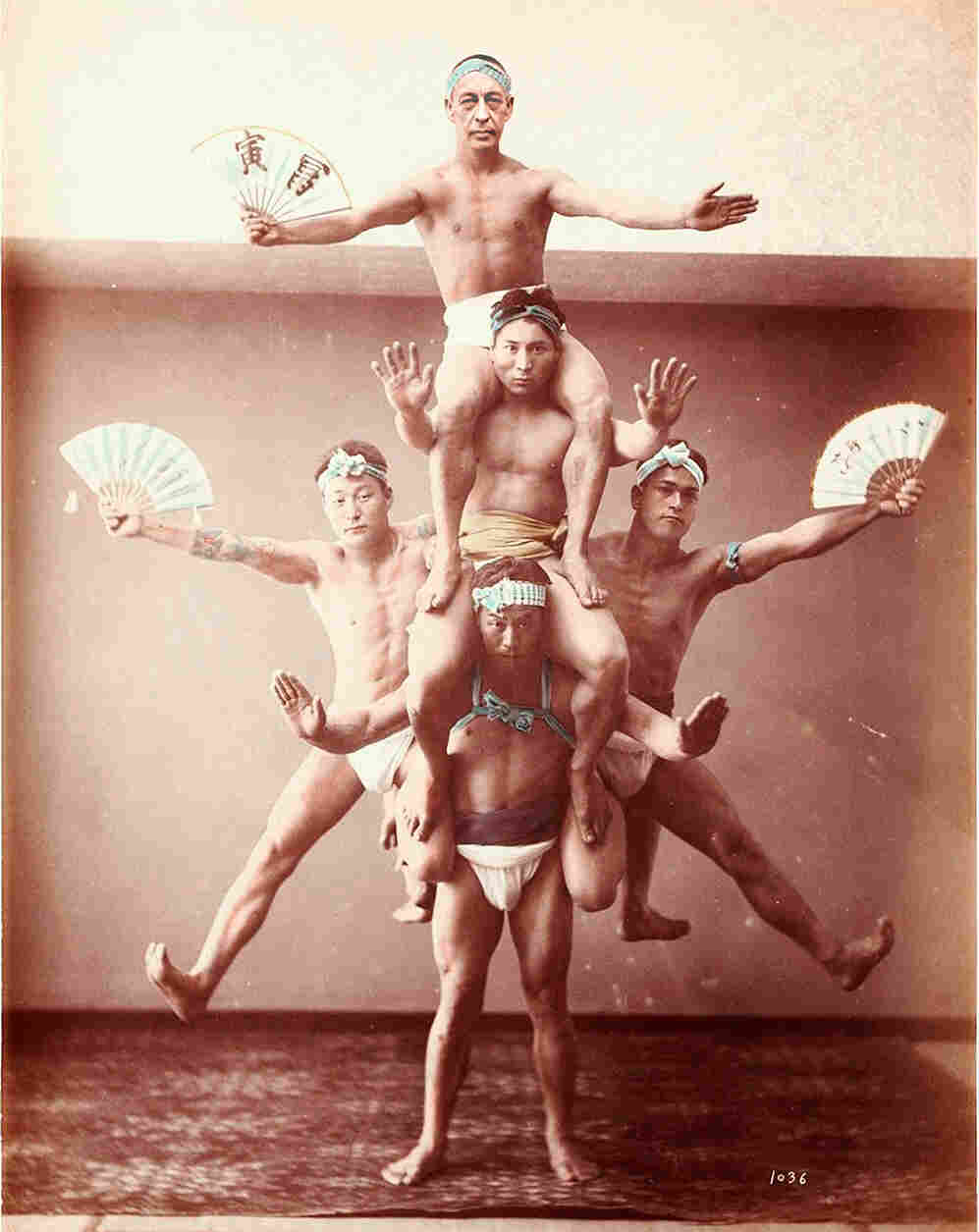 He seemed poised to become one of classical music's great sportsmen, in the league of Charles Ives (who pitched his high school baseball team to a win against Yale) and Percy Grainger (who would often as not walk between engagements in various cities). But as Rachmaninoff's studies intensified, he shifted his focus exclusively to music, finishing his First Piano Concerto at age 18 and his First Symphony four years later, with an opera, Aleko, in between.

Then came 1897, and the premiere of the First Symphony, which the composer and critic Cesar Cui called "a program symphony on the Seven Plagues of Egypt." Rachmaninoff was devastated, though modern scholars believe the disastrous performance to be the work of a drunk conductor. Whatever the case, the budding composer fell silent and turned primarily to his own conducting.

Here conventional narratives continue with a string of performances at the Moscow Private Russian Opera. But recently unearthed troves of Soviet-era research, including letters and photographs, reveal that while Rachmaninoff was leading the Private Opera, he was also pursuing an entirely separate public career abroad.

During a guest conducting engagement with the Philharmonic Society of London, he took in performances of Gilbert and Sullivan operettas at D'Oyly Carte's Opera Company and more middlebrow light entertainment as well. At a holiday pantomime, or panto, he met a producer and promoter, Desmond Stevenson Edward Wray, who was thrilled to learn not only of Rachmaninoff's pianism but also his youthful athletic exploits. Wray quickly set about creating a vaudeville act around the young man he billed as Rock Mannenough.

The combination of musicality, musculature, grace (honed by conducting) and an alluring Russian scowl proved catnip to audiences. Wray's production was unsurpassed, and Rachmaninoff headlined with a trampoline act that included men, women, horses, actual fire and often more than nine consecutive somersaults.

But the climax of each evening was what Rachmaninoff and Wray called "Crossing the Styx." Rachmaninoff would collect two, three or even four spectators onstage and lift them onto his shoulders. Then, as the pit orchestra played an ominous melody, he would lunge toward the audience. A half step toward them, then a half step back upstage. One and a half steps down, a step back. As tension mounted, two full steps down, then a step back and a final stomp — all without dropping the terrified men, women and children clinging on for dear life. Audiences went wild. 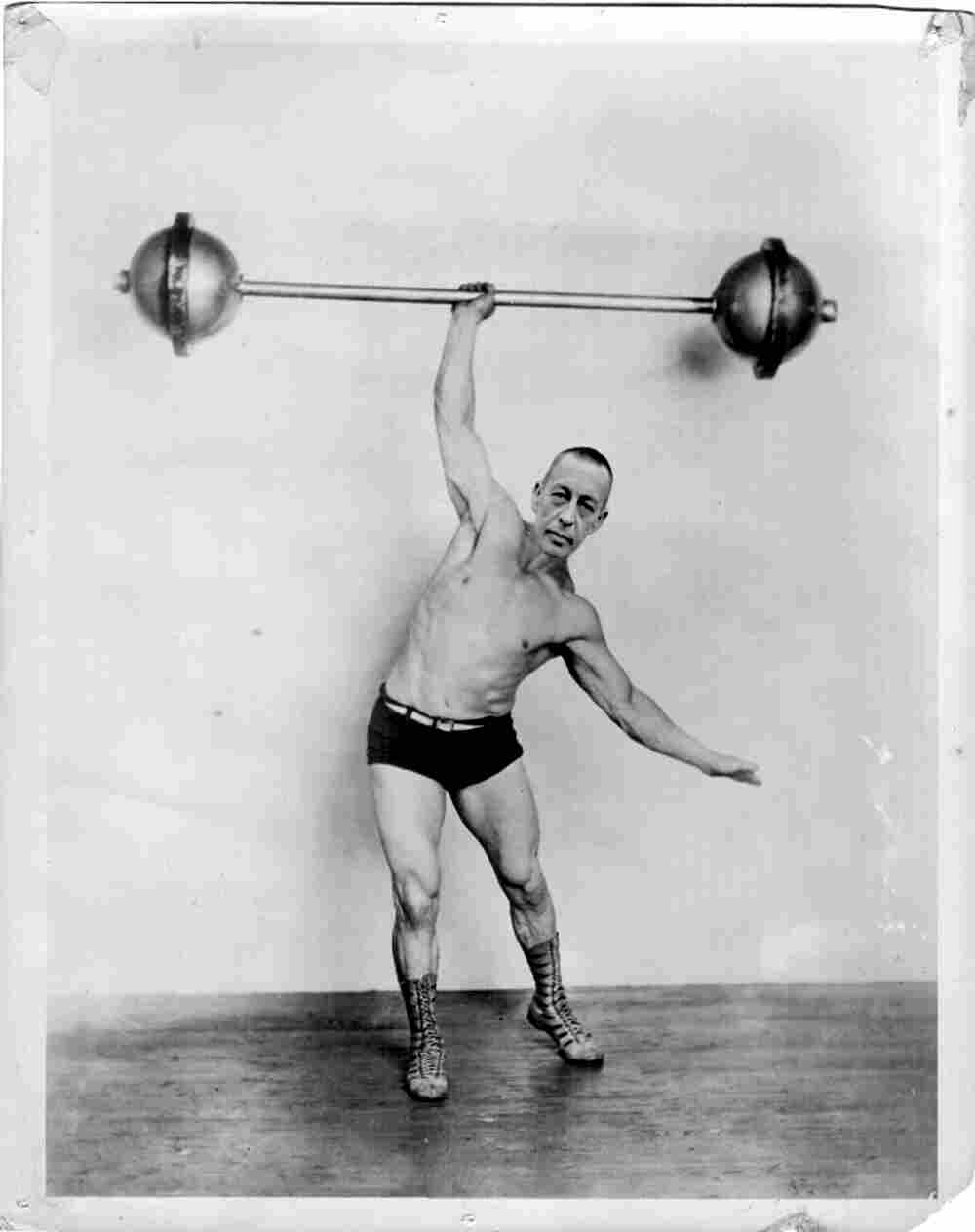 To ward off depression after the failure of his First Symphony, Rachmaninoff took to weightlifting. Photo illustration by Jeff Curnow/Wikimedia Commons/Library of Congress hide caption

"It was such a spectacle as has rarely been seen anywhere in the Empire," wrote the drama critic of the London Daily Packet. "The combination of the funereal, hymnlike melody, the wild-eyed fear of the spectators held aloft and the unwavering gaze of the Russian strongman convulsed onlookers in a mixture of fear, awe, and, ultimately, relief and appreciation." In some shows, Rachmaninoff would carry the audience members back to their seats, in a routine called "The Aisle of the Dead."

"There was nothing else like it and no one else like him," Swift says. "His impact, though uncredited, is still felt today. You can see it in modern dance companies like Pilobolus but also in competitive cheerleading, professional wrestling and synchronized weightlifting."

Yet it was not to last. The generosity of his fans restored Rachmaninoff's confidence in his musical life as well, spurring him to compose with renewed initiative and inventiveness. He also missed Russia. He especially longed for the food of his homeland — the warm borscht, cold borscht, unfiltered borscht and his favorite delicacy, pierogies a la Queensbury, dumplings filled with shredded beef from carcasses pounded by boxers in training.

But the final straw was money. Rachmaninoff discovered Wray had been pocketing more than his own share of the profits, leaving Rachmaninoff with barely enough money to secure passage home. As the budding young composer, pianist, conductor and recording artist wrote to his family, "I had to leave London. That D.S.E. Wray was going to be the death of me."