'Behold': Moondog With A French Twist 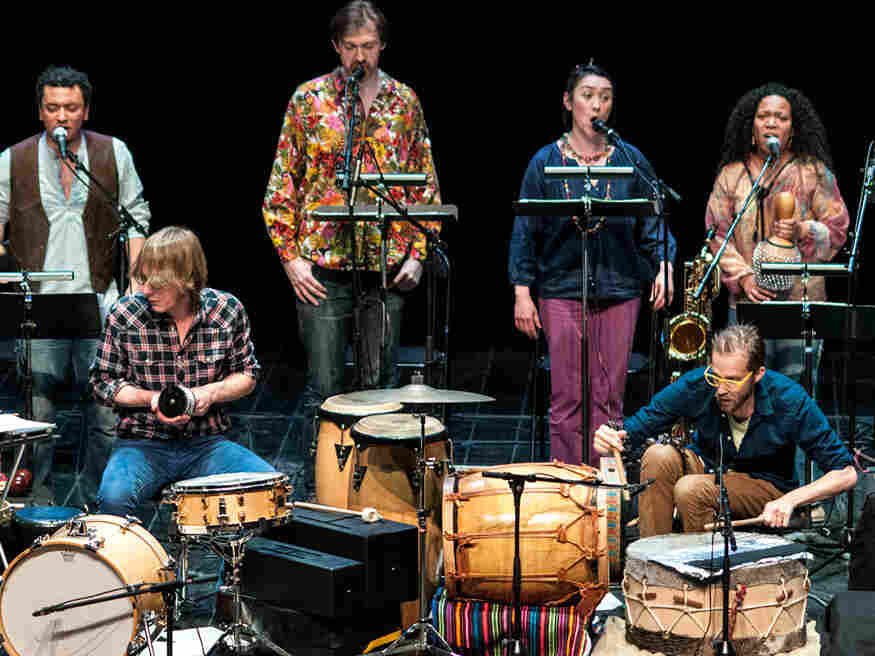 Musicians from the French ensembles Dedalus and Muzzix have recreated an album by Moondog, originally released in 1971. Christian Mathieu/Courtesy of the artists hide caption

With his long beard, homemade horned helmet, flowing cloak and spear, he was known as the Viking of Sixth Avenue. He was born Louis Thomas Hardin in Marysville, Kan. in 1916 and later called himself Moondog. At 16, he was blinded while fiddling with a blasting cap.

For nearly 30 years, beginning in the 1940s, Moondog was perhaps the most intriguing, and talented, street denizen of New York. Holding court on corners in Midtown, he performed for onlookers. He also recited his poetry, conversed with passersby and composed music at once fresh and timeless, evoking the spirit of jazz, Latin, pop and classical. He attracted the admiration, and in many cases the friendship, of major musicians — from Arturo Toscanini and Leonard Bernstein to Charles Mingus and Philip Glass, at whose apartment he crashed for a year. Janis Joplin even covered his song "All Is Loneliness." 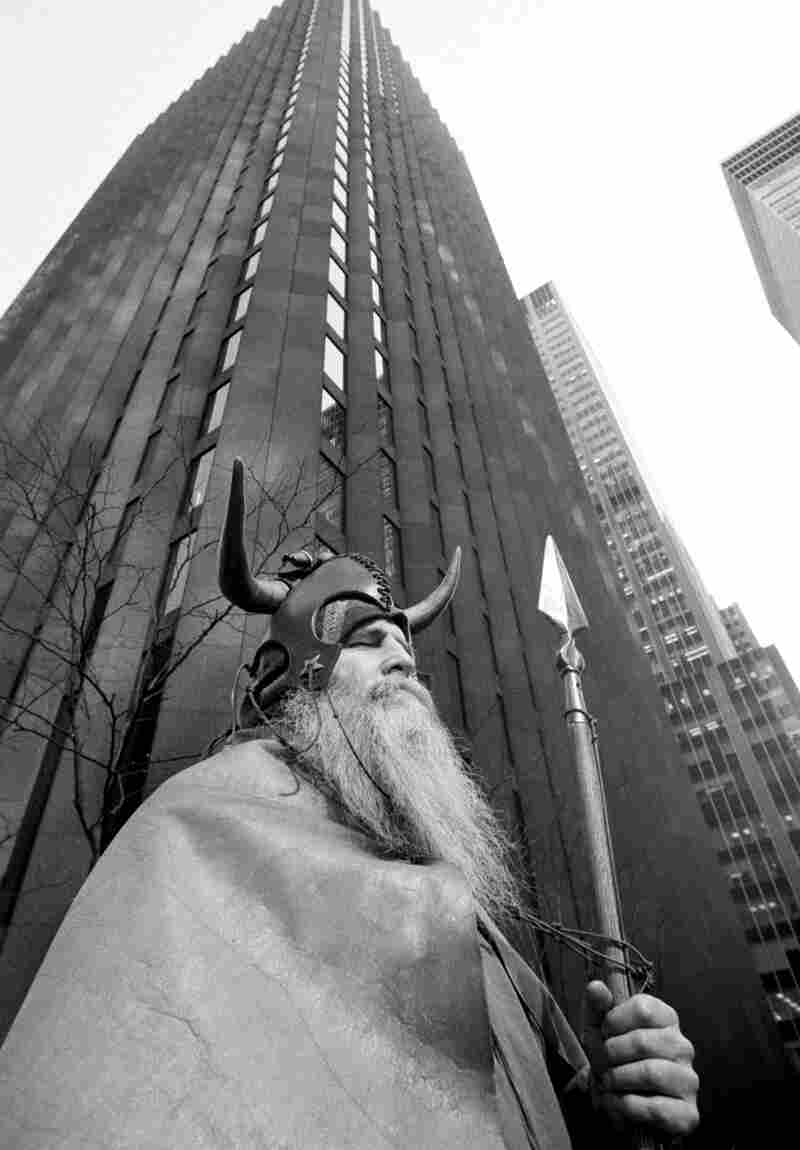 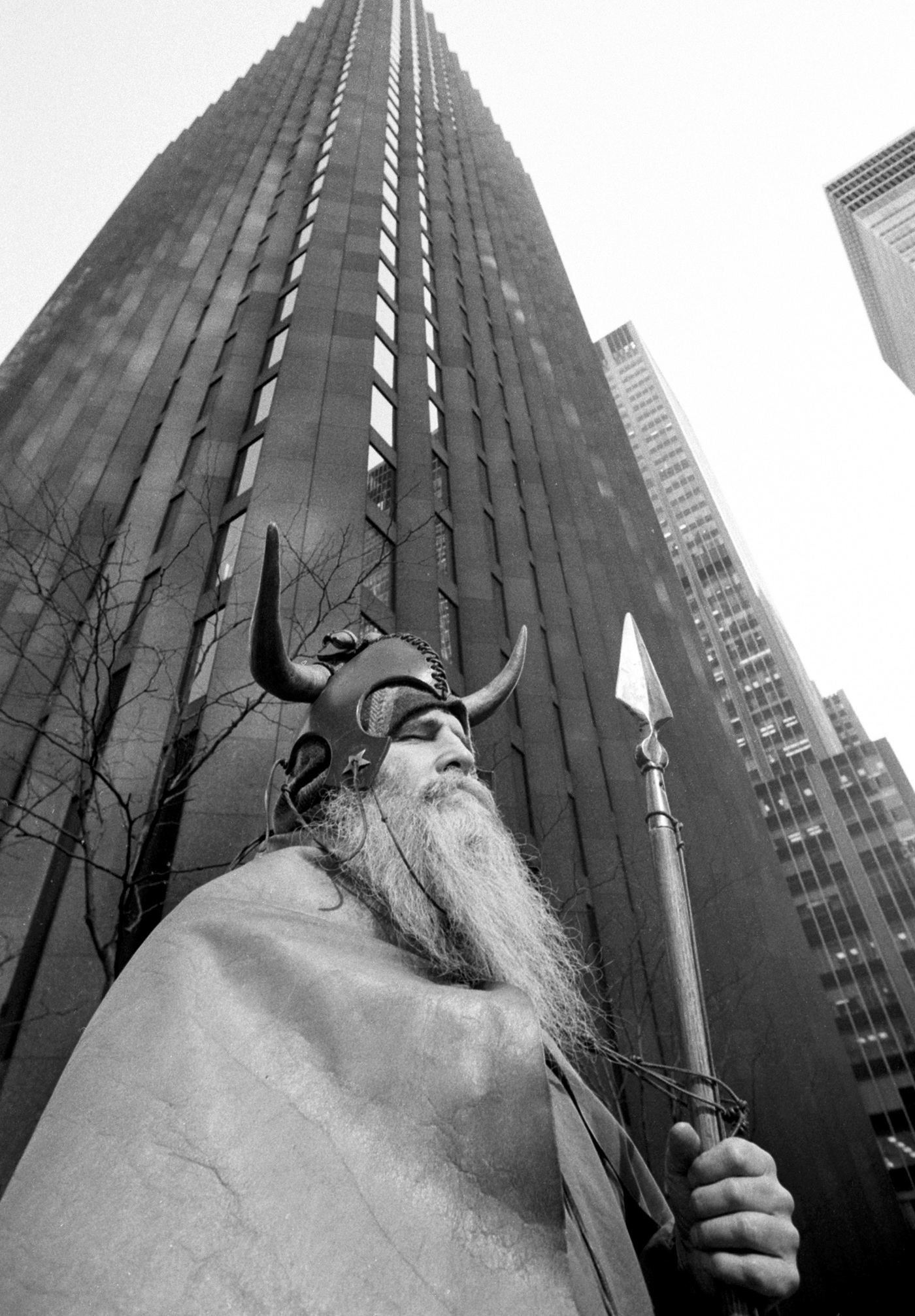 In 1971, Moondog released his second album for Columbia Masterworks, Moondog 2. That album is lovingly reimagined in its entirety on Moondog: Round The World Of Sound, a new release by the French new music ensembles Dedalus and Muzzix.

"Behold," a song from 1969, reveals several of Moondog's stronger influences. As a boy, he once visited the Arapaho reservation; it was on chief Yellow Calf's lap that he learned to pound out rhythms on a buffalo-skin drum. That insistent beat lays the foundation for a buoyant melody in the form of a canon, another of Moondog's obsessions and a significant nod to the baroque counterpoint of J.S. Bach. (Like Bach's Well-Tempered Clavier, the sequence of two dozen songs on Moondog's album systematically moves through all the major and minor keys.)

"Behold the willow bows before me / but not the oak, I'm uprooting / remarked the wind." The lyrics and music come across as equal parts riddle and nursery rhyme. Perhaps that's appropriate for a man of mystery who struck many as a simplistic hobo. Beneath that Viking cape lived a true American maverick.

Moondog: Round The World Of Sound is out now on New World Records.